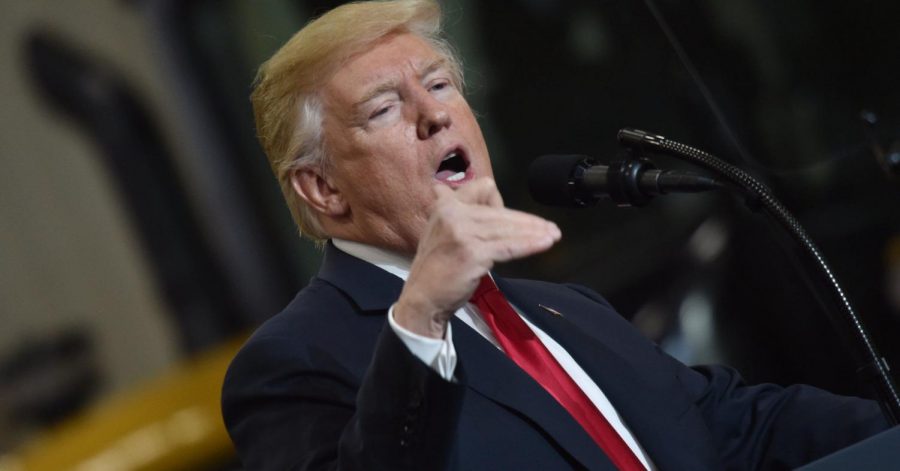 Would this use of the Death Penalty really aid in the War on Drugs?

Donald Trump recently proposed that, in order to alleviate the growing issue of drugs within the United States, drug dealers should be held to the highest penalty within the law: the death penalty. Yes, Trump thinks that the best course of action for dealing with drug dealers is to simply kill them in droves, like deer, or, in the case of Trump’s children, lions. Is this really the best course of action? Where does this have the opportunity to go wrong? Why would this be considered a good course of action anyways?

In case you couldn’t tell, I don’t think this is a prudent way of going about drug issues in the United States. Don’t misunderstand because there is most definitely an issue with drug abuse in the States, but we can’t just execute these people, especially considering the moral dilemma of the death penalty to begin with. Moreover, on the topic of this policy, Trump was quoted as saying, “These are terrible people, and we have to get tough on those people… and that toughness includes the death penalty.”

This rhetoric is eerily reminiscent of Nixon-era War on Drugs, which was both wildly inefficient and was only proposed initially in order to validate the arrest and incarceration of those challenging the United States government at the time. Given the longstanding effects of the War on Drugs even today, especially within communities of color, who are disproportionately incarcerated for drug charges, this sort of mindset is absolutely something we must be wary of.

This is even more concerning given the general racial tension of the United States today and the rise of white supremacists and actual Nazis, whom Trump has still failed to condemn publicly. Given their infiltration into police forces, this policy would essentially be the scythe by which white supremacists in power could reap scores of people of color. It’s an obvious failure to acknowledge and account for the racism in the United States justice department, but is that really so shocking?

On the topic of shocking, this policy fails any exercise of the socioeconomic imagination. There is no attempt to understand the systems which may lead to people dealing drugs, nor is there any attempt to address or remedy these issues. This means that all these dead individuals will simply be leaving empty spaces for other people to fill, a cycle that is bound to continue until the root of drug dealing is effectively dealt with.

In other words, it’s a short term solution and not even a very good one, as it has no proposition for dealing with the victims of drug abuse. Sure, Trump is ready to mention them when it comes to framing his argument for outright murdering people, but does he have any solution to aid addicts or their families or will he simply pull the trigger and call it a day?

All in all, this policy is alarming at best, even if only because it illustrates the carelessness and short sightedness of our policy makers. Drug dealers are people, and they deserve rehabilitation like any other law breaker, not death. We need a solution to drugs in America, absolutely, but that solution must be based in humanity and respect for lives, not the desire to instill terror.