Moral Bankruptcy: An examination of the modern Republican Party 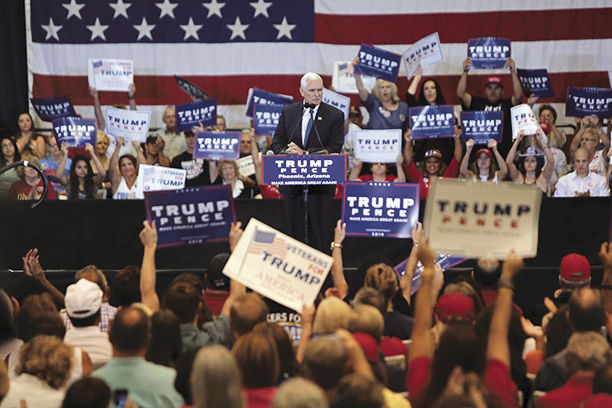 Trump has come to define the Republican Party, but their undemocratic actions are more extensive than one president.

In October, Representative Al Green, Democrat of Texas, became the first member of Congress to formally read impeachment articles against President Donald Trump. Green did this to allege that Trump’s actions while in office constitute the “high crimes and misdemeanors” that the founders decided merit removal from office.

Green’s proposal didn’t have a chance. While Republicans control Congress, there’s almost no chance that Trump, unless he actually carries out a campaign remark and shot someone on 5th avenue, will actually be removed from his position regardless of his authoritarian tendencies and sympathies, his and his team’s kleptocracy, and the looming shadow of the ever-evolving Russian collusion investigation.

That Republicans will allow Trump to remain in office while clearly endangering the American people serves to highlight the moral bankruptcy that has come to define their party.

The ideals that originally defined the GOP no longer influence its actions. Instead, a faithful adherence to conservative economic policy in the name of heightened growth and smaller government has given way to lapdogging to corporations and wealthy donors like the Koch brothers.

Just look at their new tax bill. Passed on Dec 1 just before two in the morning, the sweeping tax overhaul is both a gift to the wealthy and a legislative middle finger to the middle and lower classes.

The estate tax, which applies only to incredibly wealthy families whose estates are valued at $3.5 million or more, will be repealed. So-called “pass-through” businesses, in which all earnings are reported in terms of the personal income of their owners, and which typically consist of extremely wealthy individuals -, will be taxed much less. The corporate tax rate will be slashed to 20 percent from 35 percent, despite the fact that many businesses have declared they would not necessarily be incentivized to increase wages or employee numbers. The tax cuts for the middle class would be temporary, while the corporate tax cut,  which a majority of Americans are not actually in favor of, would be permanent.

There are several other issues within this bill that reveal the actual, corrupt motives of the Republican establishment. However, one of the biggest crimes that McConnell and his cronies have committed has to do with how quickly this bill was rushed through. There was almost no time for debate, despite no precedent for enacting a sweeping legislative overhaul in near-secrecy; portions of the bill were reportedly scribbled on and almost indecipherable.

There is no way that Republicans in Congress could have known the full ramifications of such a bill without hearings, detailed analysis and debate, all of which are necessary to fully represent the American people on matters of such colossal importance.

When actions like these are assessed in light of the full Republican agenda, the conclusion that must be drawn is this: the Republican Party of today is not the same one of Reagan, or even Bush. It is a detestable tool of the wealthy elite that no longer serves the American public.