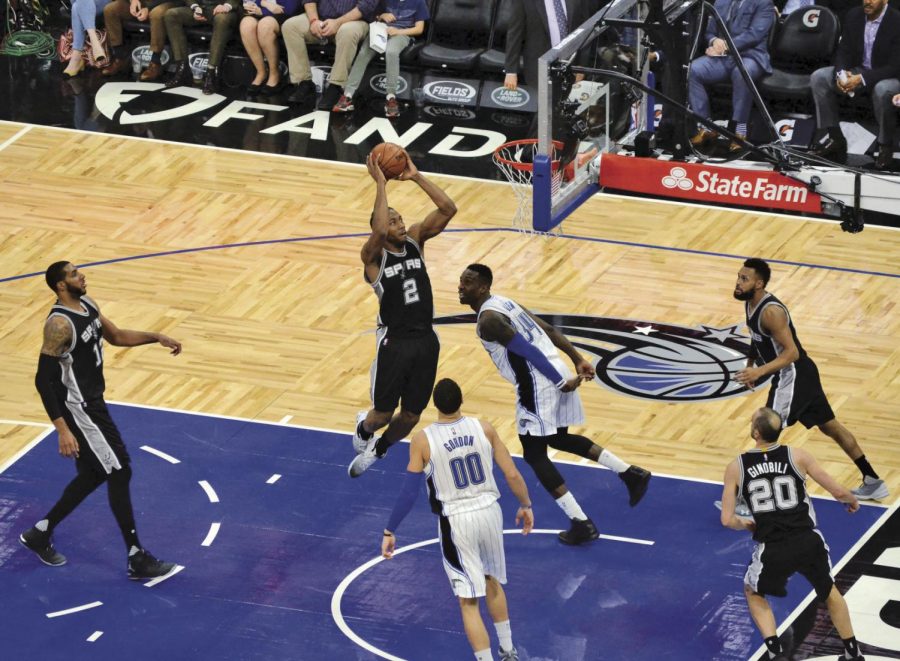 This NBA offseason was arguably the most eventful in league history. Through blockbuster trades, headlining free agency signings and star players shifting the balance from the Eastern to the Western Conference, anticipation for the 2017-2018 season is high. Although the Golden State Warriors are favored to repeat as champions, there is still plenty to look forward to this season, particularly for the three Lone Star teams.

The Rockets had quite the offseason as they traded several assets to land nine-time All-Star point guard Chris Paul to accompany MVP finalist James Harden. Though there is speculation as to how these two ball-dominant players will coincide, having some of the league’s premier guards with efficient scoring and court-vision proficiencies on the same team could lead to successful playmaking.

Entering last season with rather low expectations, the Rockets surprised many as Harden impressively led the team to the 3rd seed in a loaded Western Conference. Although many criticize Harden’s perceived lack of effort on defense, Paul could pick up his slack as he was named to the NBA’s 2016 All-Defensive First Team. Houston’s exciting new power-duo have their eyes set on not only taking the league by storm, but giving the Warriors some realistic competition.

Though they remained rather timid with free agency and franchise veterans are aging, the Spurs have proven that through great systematic coaching, selflessness, and teamwork, winning over 50 games is quite obtainable, as they’ve done so for the past 18 seasons.

Perhaps one of the biggest threats to the Warriors, San Antonio seeks to build upon last year’s success as legitimate contenders for a championship. Finishing as a finalist in last year’s MVP and Defensive MVP awards, Kawhi Leonard is not only coming off his most efficient statistical year, but is poised to take the next step in once again leading his team to another title-contending season. With arguably the best coach in NBA history in Gregg Popovich, an elite two-way player in Leonard, and a great supporting cast, the Spurs find themselves projected to finish as a top-seeded team and make a deep playoff run.

It’s safe to assume that the Mavericks will again find themselves at the bottom of the Western Conference standings. Owner Mark Cuban embraces that his team is amid a rebuilding process, as much of their roster consists of young talent. Because they only won 33 games last season, the Mavericks found themselves in great drafting position as they selected point guard Dennis Smith Jr. ninth overall. In fact, many analysts are anticipating that Smith will lead the talented rookie class in the race for Rookie of the Year by playing a key role for his team.

Smith will also share the court with former league MVP and 20-year veteran Dirk Nowitzki who can provide guidance for the rookie as he begins his professional career. Though they might finish the season with a disappointing record, the franchise’s future looks bright as their core of young talent will gain experience and skill for season to come.