Texas puts up strong fight against USC, Houston dedicates win to the city 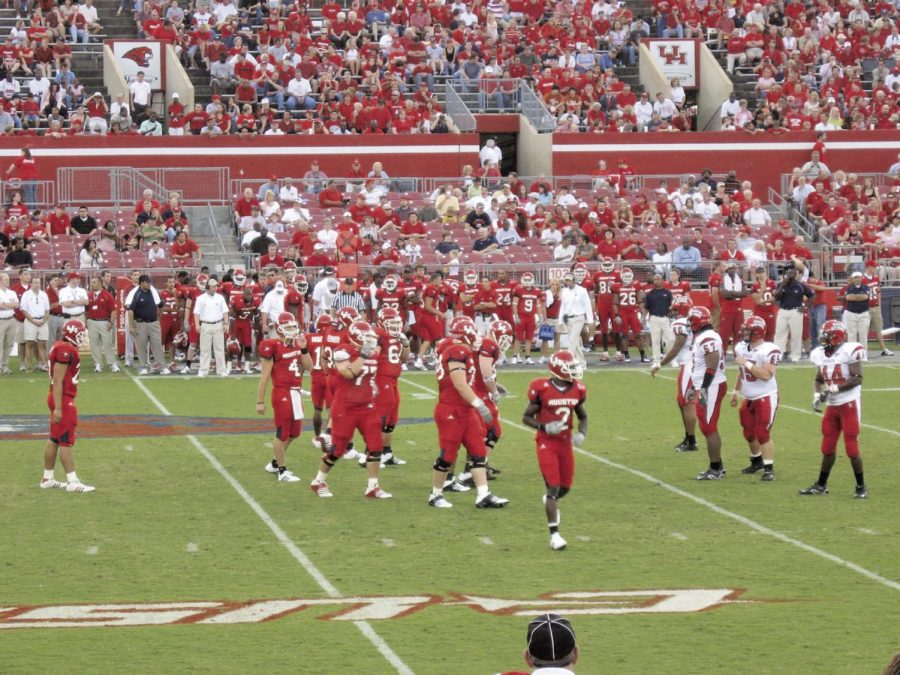 Houston wins the Bayou Bucket in honor of Hurricane Harvey

After beginning the season ranked at #23, Texas has started the Tom Herman era with a 1-2 record, but that record is not the best indicator of where the team stands moving on.

On Sept. 16, Texas faced the fourth ranked USC Trojans for the first time since the infamous Rose Bowl game 12 seasons ago. On paper, USC should have run away with this game, but the Longhorns refused to let that be the case.

The defensive nail biter seemed to go in Texas’ favor as they scored a touchdown to put them ahead 17-14 with 45 seconds left to play in the game. However, USC managed to get in field goal range to kick the game tying field goal as time expired to extend the game into overtime.

After both teams traded touchdowns during the first OT period, the second one was cut short for Texas when true freshman quarterback Sam Ehlinger was stripped deep in Trojan territory. The Texas defense would hold USC from scoring a touchdown, but they managed to kick the field goal through the uprights to walk away still undefeated.

Texas will take a bye next week before beginning Big 12 play at Iowa State on Sept. 28 once again on national television.

It was only fitting that the University of Houston dedicate this Bayou Bucket to the city by wearing name plates that read “Houston” for the game against the Rice Owls on Saturday.

The city’s namesake made sure to hold it down as they routed their inner loop rivals 38-3. The Cougars scored all of their 38 points in the first half with quarterback Kyle Allen leading the way, completing 31 of 33 passes with two touchdowns and no interceptions and played so well he was pulled out of the game in the third quarter.

The evening played out exactly how the city needed as they use times like these to get their minds off the long road ahead to recovery, even if just for a few hours.

Elsewhere around the state

The Baylor Bears continue their struggles and fall to 0-3 with a 34-20 loss to the Duke Blue Devils, who continue rolling as they get a 3-0 start to their season.

Baylor’s quarterback woes continue as sophomore Zach Smith got his first start of the season. Junior wide receiver Chris Platt thrived under Smith as he scored two 70+ yard touchdowns in the second half, but ultimately it was not enough as Smith also tossed three interceptions to dampen an otherwise explosive performance.

Texas A&M, Texas Tech and TCU came out of week three with wins across the board. Texas A&M (2-1) managed to squeeze a win out of Louisiana-Lafayette (1-2) by a score of 45-21 after looking like they were in for another loss at halftime.

Texas Tech (2-0) continued with their offensive onslaughts as they won a duel against Arizona State (1-2) by a score of 52-45 with quarterback Nic Shimonek lighting up the box score with 543 yards and six touchdowns through the air.

The battle for the Dallas – Fort Worth area went to TCU (3-0) as they downed SMU (2-1) by a score of 56-36. TCU quarterback Kenny Hill played an excellent game by throwing for 365 yards to accompany four touchdowns on the day.