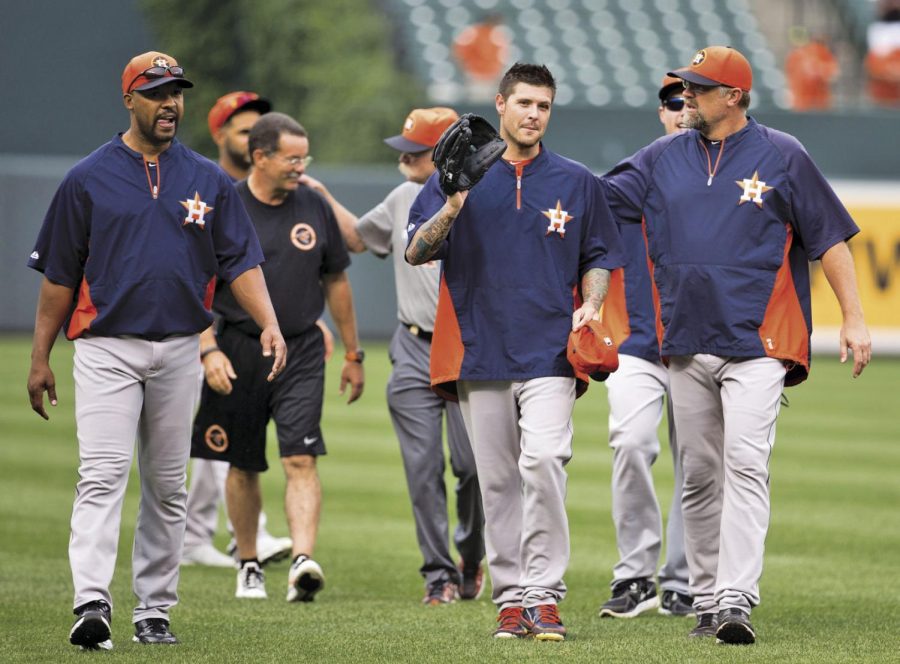 With a 7-1 win over the Seattle Mariners, the Houston Astros clinched the AL West title with a 91-58 record. In less than three weeks of playing for Houston, Justin Verlander has already made his mark on the team as he dominated against the Mariners; striking out 10 of their batters, helping them capture the victory. This is the ball club’s first division title since they were a part of the NL Central 16 years ago. Earning a record of 11-5 through September, the Astros look ready to showcase their talent in the 2017 MLB postseason.

As of Sept. 11, the Rangers won just two of their past seven games as they lost their series against the Seattle Mariners, winning just one of their four games, losing their series to the Los Angeles Angels and collecting just one win of their three games. In their final meeting with the Angels, Joey Gallo helped Texas win as he hit a 490-foot home run, making it the third longest home run this season in the MLB. These five losses harmed the Rangers’ shot of earning a AL Wild Card playoff slot as they now sit five games behind the New York Yankees, who own the top Wild Card spot.

In what many were speculating would be a close game resulted in a 19-3 victory for the Dallas Cowboys as they easily defeated the New York Giants. Ezekiel Elliott rushed for 104 yards while Dak Prescott threw for 268 yards and connected with Jason Witten for the game’s only touchdown. Through this game, Witten became the franchise leader for most career receiving yards. With star wide receiver Odell Beckham Jr. inactive due to an ankle injury, Eli Manning had no offensive answers for the Giants.

However, in week two, things didn’t run so smoothly for America’s Team as they were blown out by the Denver Broncos by a score of 42-17. Although Prescott threw for 238 yards and two touchdowns, he also threw two interceptions; one to Chris Harris Jr. and a 103 yard interception touchdown return to Aqib Talib. Additionally, Elliot was also shut down by the Broncos as he limited to just eight rushing yards on nine carries. The Dallas Cowboys will be looking to regroup as they face the Arizona Cardinals on Monday Night Football on week three.

Unfortunately for Houston, the Jacksonville Jaguars dampened their debut as they were defeated 29-7 in week one. Tom Savage started as the Texans quarterback, but was benched after halftime as he threw for just 62 yards and fumbled twice. Rookie Deshaun Watson started in the second half and passed for Houston’s only touchdown on just his first drive.

In week two, the Texans faced off against the Cincinnati Bengals and earned their first win of the season in a 13-9 victory. With his first official start, Watson threw for 125 yards and scrambled for a 49-yard rushing touchdown to provide what would be the only touchdown of the night.

The Houston Texans square off against the New England Patriots Sunday afternoon for what should be a thrilling AFC Divisional showdown.