With the help of thousands, J.J. Watt raises millions for Hurricane relief 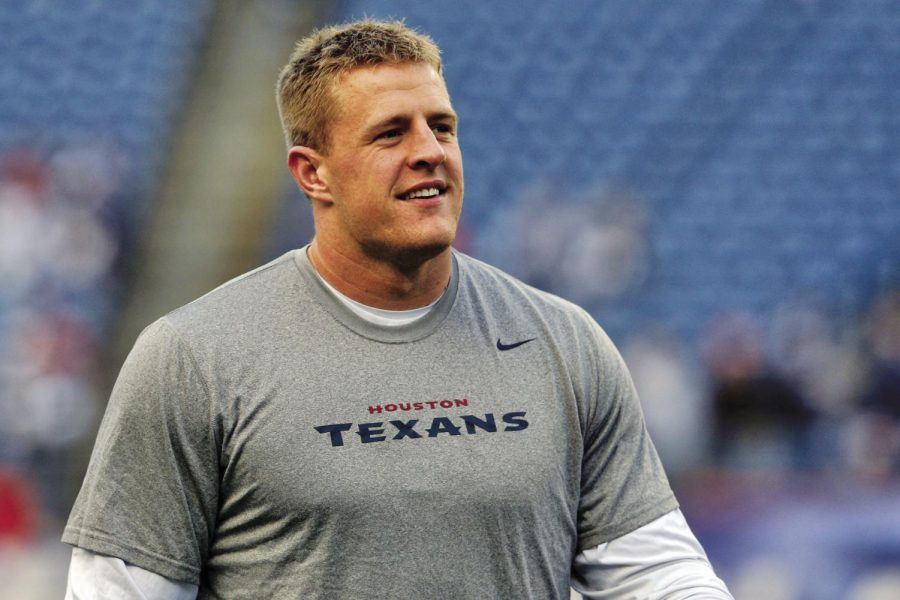 A vast majority of the southeastern region of Texas was taken by storm these past couple of weeks due to Hurricane Harvey. But even through these catastrophic conditions, many well-known public figures have generously used their platforms to inspire others to make donations.

From talk show host Ellen DeGeneres, who has contributed over $75,000, to comedian Kevin Hart, who through social media challenged fellow celebrities to partake in the contributing, it seems like more and more stars are looking to join the cause and help in anyway they can.

In fact, J.J. Watt, star defensive end of the Houston Texans, began an online fundraiser in hopes of aiding those tragically affected by the destructive storm. Watt began his fundraiser on Aug. 27 through the “You Caring” website with a humble goal of just $200,000 in donations.

Within less than 24 hours, the fundraiser met its goal and received even more than what was anticipated. Astonished by how successful his fundraising was, Watt raised the bar and called upon his donors to meet the new $500,000 goal. In just 5 days, Watt’s foundation had quickly escalated to a whopping $17 million worth of donations.

To put these numbers into perspective, Watt will enter the 2017 NFL season with a base salary of $10.5 million, and as of Sept. 11, the fundraiser has already accounted for at least $21 million over his personal earnings for the year.

The three-time NFL Defensive Player of the Year has been an ongoing role model and a symbol of strength to the people of Houston for the past couple of years—both on and off the field.

Whether it’s visiting young Texans fans at hospitals or creating after-school programs to urge daily physical activity, Watt’s kindness is undeniable, and his affection for the people of Houston is tremendous.

Watt keeps his social-media followers informed about how much “You Caring” receives in donations while updating them with his new goals. Watt continuously states that “the most difficult times bring out the best in humanity” which is the saying he uses to encourage others to not only donate to his fundraiser, but to personally aid fellow human beings out during times of trouble.

On Sept. 2, Watt led countless volunteers in unloading nine semi-trucks worth of donations and followed up with stocking and distributing the packaged goods.

The 4-time NFL Pro Bowler has made it very clear to donors that the entirety of the proceeds the fundraiser receives will go directly to the people of Houston that are in a dire state of immediate need.

If you would like to contribute to J.J. Watt’s Hurricane Harvey relief fundraiser, feel free to donate at YouCaring.com/JJWatt. The website will be open for donations until Sept. 15.

“Every single day since then has been a reminder of how much good there is in the world. When times are tough, and things look bleak, people step up to help their fellow humans,” Watt said in a video on Instagram. “I cannot thank everybody enough for sharing it and donating.”