Whataburger marked by mediocrity and little else 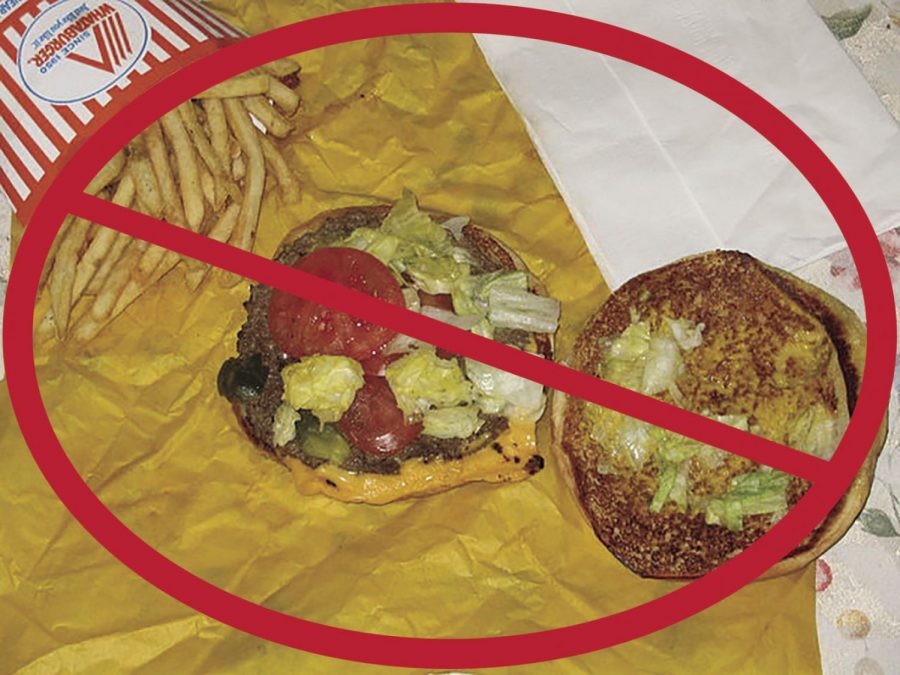 It is an understatement to say that Texans are proud of all things Texas, from their football teams to the humongous state universities to Beyonce. But with all of their Texas pride, they might want to avoid excessive pride in Whataburger. While distinct orange and white frontages are ubiquitous across Texas’ vast landscape and hill-country, the truth is that the fast food chain is mediocre at best.

For starters, let’s examine the visual aesthetic of the Whataburger brand. The combination of orange and white is extremely tacky and obnoxious; doctors would almost certainly find that the color scheme is bad for digestion. And the wavy “W” roof, while it is unique and iconic, does nothing but attempt to sell the idea that the food is somehow also unique- which it is not.

Texas is home to many amazing cuisines ranging from different cultures and Whataburger just does not fit in. The bun that holds together their burgers and sandwiches often is not toasted. The cold white bread does nothing to add to the flavor of the burgers and sandwiches. It almost seems as though the sole purpose of having buns at all is to qualify the food items as a sandwiches or burgers.

The meat at Whataburger, while thick and hearty, is overwhelming. While the concept of too much meat might be confusing to Texans, it is a real issue. When I bite into a burger I want to taste an even distribution of bread, meat, veggies and ketchup. But at Whataburger, I feel as though I’m biting into a whole cow. And maybe if the meat was flavorful, I wouldn’t mind as much, but it’s as tasteless and bland as the decor. It doesn’t taste smokey. The burgers leak heavily with oil and grease and resemble nothing so much as a heart attack in a bag. The honey butter chicken biscuits that so many people love are not that special. The chicken strips taste just like any other chicken strips, thrown in a dry biscuit and dipped in honey.

It seems like Texans think they have to like Whataburger in order to be Texas-proud. But if they come out of the Texas pride spell, they’ll be able to admit that Whataburger is: nothing special. The only thing unique about Whataburger is that it’s only found in Texas…except it’s not. Breaking News: Whataburger has locations in 10 states including Arizona, Arkansas, Alabama, Florida, Georgia, Louisiana, Mississippi, New Mexico, Oklahoma and, of course, Texas. So there. The food is not special and Texas is not special for having a monopoly on the food chain.