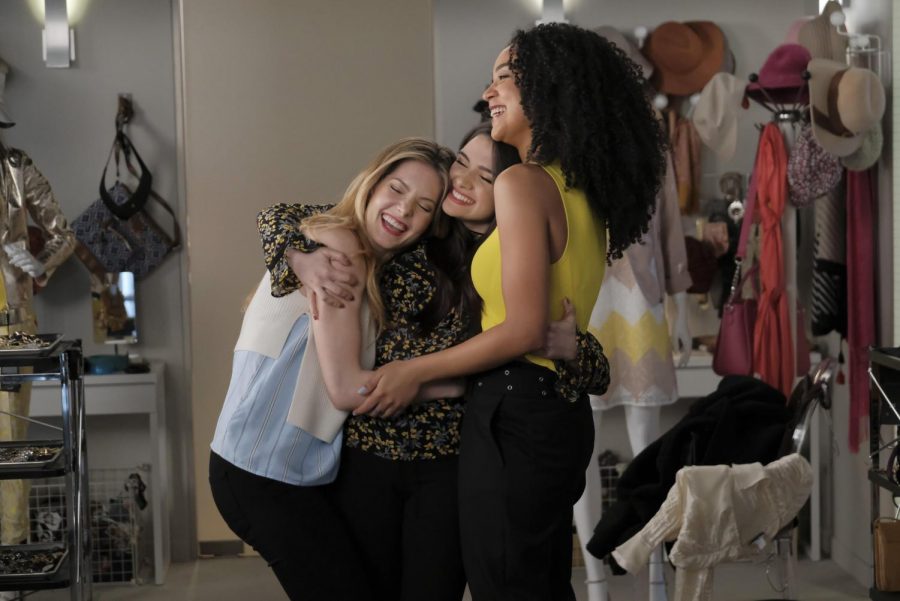 Freeform released the second season of their critically-acclaimed “The Bold Type” this past summer. Complete with glamorous fashion, heartfelt personal tales and transnational feminist dialogue, this show tells the story of three heroines trying to make it big in New York City.

We are introduced to the trio as Jane Sloan (Katie Stevens) revels in the exciting transition from intern to staff writer at reputable women’s magazine “Scarlet.” Alongside her are her two best friends, Sutton Brady (Meghann Fahy) and Kat Edison (Aisha Dee).

A staircase and elevator ride later, we are immersed in the chaotic world of a busy newsroom: an office space jam-packed with staffers making phone calls to meet deadlines for their monthly issues. And of course, there is no good plot without an inherent antagonist-turned protagonist. In this case, it’s Scarlet’s Editor-in-Chief, Jacqueline Carlyle (Melora Hardin).

What began as another Hulu series indulging in the romanticized idea of being a New York City magazine staffer evolved into a narrative of women confronting different societal issues. Hard-hitting journalist Jane encounters life-altering decisions that may reduce the chance of getting breast cancer, a disease she’s more susceptible to after getting diagnosed with the BRCA1 gene.

The admirable Scarlet Social Media Department Head, Kat, battles with identity as she is a biracial and bisexual woman. Her girlfriend, Adena El-Amin, faces her own troubling issues like being a proud Muslim lesbian in New York City. She is often strung back by her risky position with immigration services.

The third pillar of this friendship powerhouse and talented fashion savant, Sutton, who shares her experience of being the daughter of an alcohol-dependent mother. This situation takes a toll on the relationship she has with herself.

“The Bold Type” discusses more controversial issues that tend to be swept under the rug with other TV networks.

The vulnerable, easy-going nature of these characters acknowledges viewers that may be experiencing similar things, which is why Jacqueline Carlyle’s experience with sexual misconduct in the workplace highlighted another pivotal moment on the show.

The series’ concept of making progress when taking scary leaps of faith is refreshing and expecting the unexpected seems to have become a recurring theme. Season two ends on cliff-hangers involving relationships, both romantic and professional, leaving viewers without answers to questions challenging the direction each character will take.

Behind the wine glasses, designer heels and fairytale-like love stories that “The Bold Type” encompasses, there is a diverse group of strong characters with real stories and real consequences that make this show universal. Though one could argue that the plot is more of a fantasy for most up-and-coming young women in publishing, it is exactly what makes for a nice break to reflect on how things could be.