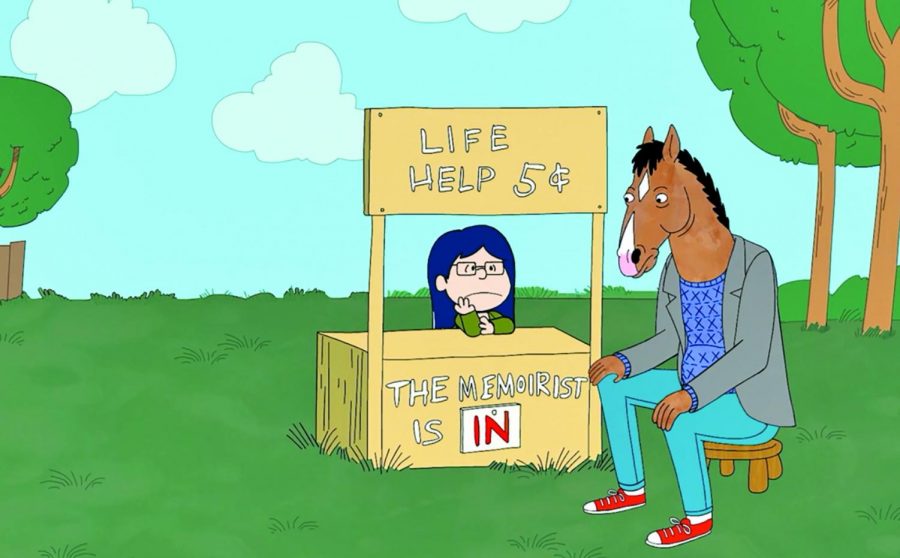 After its fifth season, it’s still safe to say that “Bojack Horseman” offers better representation for depression than “13 Reasons Why.”

Of course, the show still maintains its element of humor from the first season, switching from animal-based humor to its traditional dark humor and to Todd’s crazy adventures. But Bojack’s crippling depression and utter obsession with fixing himself take center stage, accompanied by the nuanced narratives of Diane and Princess Carolyn.

While Princess Carolyn’s storyline is deep and essential to the show, I want to focus on Diane and Bojack’s story.

Although the show has already tackled topics involving the #MeToo movement, the issue resurfaces focusing on the cycle of men being exposed for wrongful actions, then being let off the hook for said actions.

Diane goes on to say “when you, as a woman, give awful men the cover of your friendship when you work for them — first of all, they’re not gonna get better, and second of all you are then complicit — no, you’re culpable for their actions.”

Diane has stuck to her beliefs from day one, refusing to stand down in the face of injustice. When it’s revealed to her that Bojack himself almost assaulted a teenage girl, she doesn’t make excuses for him but holds him accountable, which turns out to be one of the main focuses of this season.

The fifth season holds up so well because of how Bojack and Diane have been written. They’re both characters we have loved since the start of the series, and most of us have even rooted for the two of them to start a relationship together despite Diane and Mr. Peanutbutter’s marriage.

Putting Bojack’s friendship with Diane to the test makes this season so strong. They’re both strong characters who have supported each other from day one, so the fact we see them nearly torn apart by Bojack’s past actions shows the writers were not afraid to test the limits of their friendship.

Saying this with the least amount of spoilers as possible, the arch of their friendship in this season and the rhetoric behind it also serve to examine the show’s audience. We’ve been celebrating Bojack and rooting for him to get better while turning a blind eye to all the horrible things he’s done.

Though Bojack’s name is in the title, we’re not meant to root for him, and the writers made that as explicitly clear as possible. Though it should have been clearer not to idolize him considering the excessive drinking, the drug taking and the other countless horrible things he’s done.

The writers were especially fearless this season, telling viewers that the titular character of their show is, in fact, the bad guy. He’s not a man to be idolized, he’s not a role model and he’s no one to base your coping mechanisms for depression off of. Diane is the voice of the writers, speaking to the audience in a way a television show has never done before.

Bojack Horseman made this season of television sensational. The creators were willing to take risks not only with their characters but also with their audience.