Early NBA award predictions, who will be this season’s MVP? 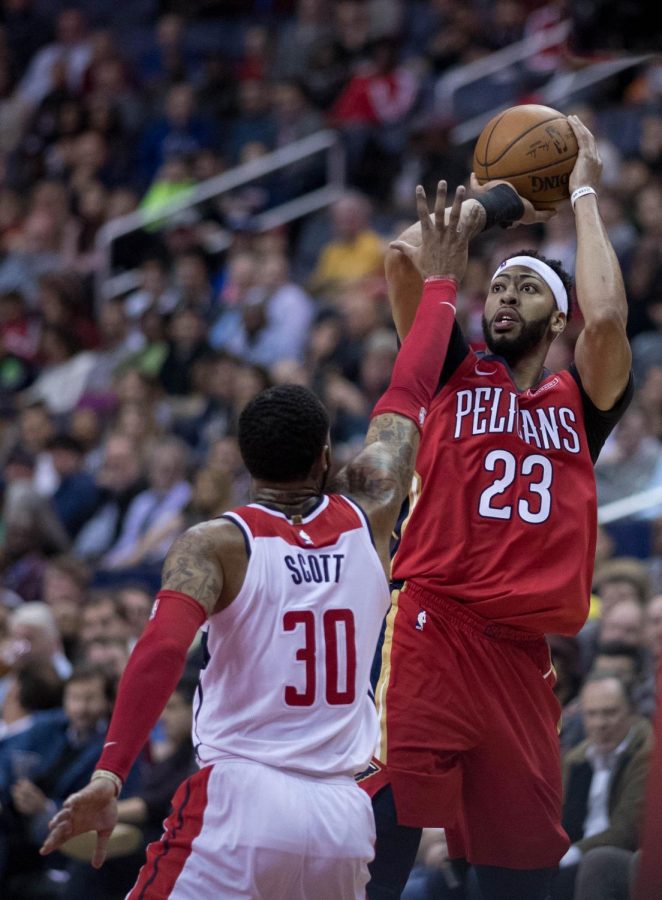 Anthony Davis enters seventh year of his career as a early candidate for Defensive Player of the Year.

The 2018-19 NBA season is finally here. Though the Golden State Warriors inevitably captured their third title in four years last season, it was still exciting to see who took home the annual season awards.

We witnessed the most heated Rookie of the Year race since 1995 and we saw James Harden win Most Valuable Player after finishing second in voting several years prior. But which players will be recognized this year? Here are some NBA award predictions.

Rookie of the year: Luka Dončić

Dončić will also be a crucial part of the Dallas Mavericks offense moving forward. Dončić will play alongside Dennis Smith Jr. in what will be one of the most exciting young backcourts in the league. These two should complement each other. With his basketball knowledge and playmaking ability, Dončić is a clear candidate for the award.

Entering his third year in the NBA, Jamal Murray can win Most Improved Player as he is set  to be a big part of the Denver Nuggets organization moving forward. Murray has proven that he is confident with his jumpshot and scoring ability; these two capacities are a couple of important aspects for him to have a breakout year.

On paper, the Nuggets seem to be one of the better offensives heading into the season. Murray will be one of the primary scorers for the team, leading to more opportunities to increase his numbers.

Anthony Davis has a solid case to be the face of the NBA once LeBron James retires. He is easily one of the most complete players in the league as he finished third in both DPOY and MVP voting last season.

In fact, Davis led the NBA in blocks last season. He has the potential to play an even larger defensive responsibility down low with the departure of center Demarcus Cousins. With his elite defensive presence, it won’t be a surprise to see his name on the DPOY award.

Yup, perhaps the absolute safest bet for the award. But despite being the consensus best player in the NBA for the past decade, LeBron James hasn’t won an MVP award since 2013. Now, as an LA Laker and member of an incredibly stacked Western Conference, James is in perfect position to earn his fifth MVP award.

James, turning 34 this December, hasn’t shown any signs of slowing down or decreasing value.  He led the league in total points and minutes played last season.

Surrounded by tough-minded veterans and promising young players, James has the chance to heighten everyone’s overall contribution and productivity, which can lead the Lakers to a reasonable conference seeding come playoff time.

Now, as a member of the most glorified franchise in the NBA, James will have the Hollywood spotlight and sky-high expectation to lead the team to greatness.