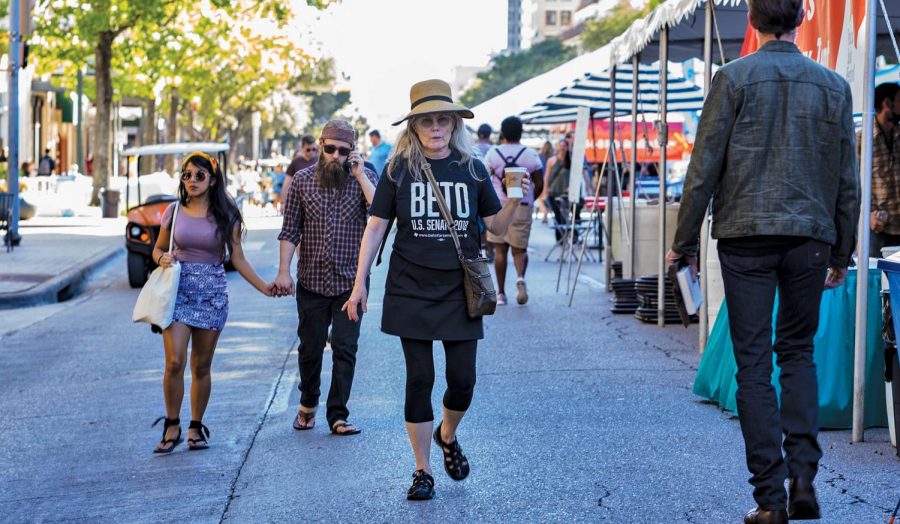 As the period of early voting nears its end this Friday, the Texas Senate race that has been the talk of the nation is now in full swing.

The spectacle of Representative Beto O’Rourke’s underdog campaign to unseat incumbent Senator Ted Cruz has created quite a stir amongst liberals and conservative alike, with many on the left viewing him as a salve against Trumpian politics and many on the right viewing him as a dangerous socialist akin to Senator Bernie Sanders of Vermont. The New York Times even ran a lengthy profile on O’Rourke, calling him the “Lone Star Long Shot.”

So, what are the Lone Star Long Shot’s actual chances of winning the race? Together, Cruz and O’Rourke have raised over $100 million, more than any other Senate race since at least the year 2000. O’Rourke has outraised Cruz in seven of the last eight fundraising periods and is responsible for around two-thirds of the total funds, according to the Texas Tribune. Money matters in politics. Former President Barack Obama outraised Mitt Romney by over $100 million. Obama outspent John McCain by more than two to one.

In fact, of the last five presidential elections, only one has been won by the candidate who raised and spent less money – the 2016 election. This is a major advantage for O’Rourke. In addition to the massive amount of ground-level mobilization that the Beto for Texas campaign has achieved, the funds pouring into O’Rourke’s coffers have helped propel him within single digits of Cruz.

History, however, paints a different picture. It has been noted that Texans have not sent a Democrat to the Senate in over 20 years. The last Democratic governor Texas had was Ann Richards back in 1990, who lost her reelection bid to George W. Bush. Cruz himself won his 2012 Senate campaign with 56 percent of the vote to the Democrat’s 40.1 percent. In 2014, Republican Senator John Cornyn won his election by over 1 million votes. Texas has historically been a state with low voter turnout (the Tribune characterizes it as “depressing”). Only 46.45 percent of the voting-age population turned out to vote in 2016. Democrats, including O’Rourke, have adopted the rallying cry of “Texas isn’t a red state, it’s a nonvoting state,” to help motivate potential voters.

The idea behind this is that if enough people register and actually turn out to vote, there’s a possibility of Texas sending a Democrat to the Senate. A lot of this logic hinges on the perceived demographic advantages that Democrats have in the state, most importantly the large Hispanic population. However, a third of Hispanics in Texas aren’t even of voting age yet, and Hispanic adults do not normally turn out to vote as much as white and black adults.

In fact, white people aged 45-64 make up the largest share of total whites in Texas, and they also turn out to vote at the highest rates.

So, what does this all mean, taken together?

The chances for O’Rourke to come from behind are real, but slim nonetheless. The most recent polling as of this writing from Real Clear Politics puts Cruz ahead by 6.4 points. For O’Rourke to pull this off, Democratic voters need to turn out in droves. For Cruz to win, he needs similarly high turnout, but he also has history on his side. To paraphrase Evan Smith, the chief executive of the Tribune, we will have to wait and see whether or not the Beto moment turns into a real movement or remains just that – a moment.