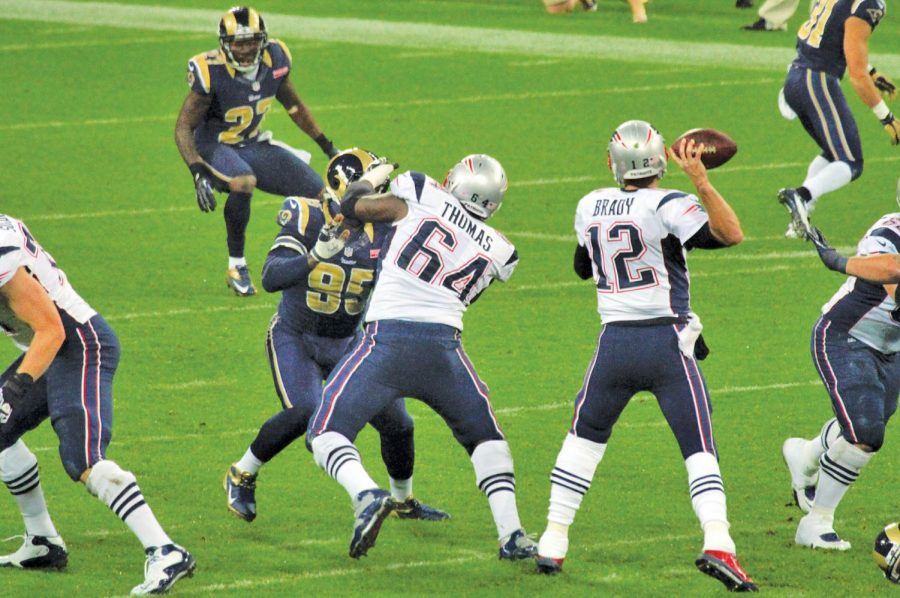 Tom Brady alone has more Super Bowl appearances (9) than every other NFL franchise, excluding only the Patriots.

Super Bowl LIII is the most controversial Super Bowl in recent history, and the game hasn’t even been played yet, as the New England Patriots will face the Los Angeles Rams.

The no-call pass interference from the New Orleans Saints versus Rams game has been replayed countless times in the past week and a half. The controversy likely hasn’t overshadowed the matchup to come, as the AFC conference championship that followed the NFC championship blunder was up 27 percent in viewership, per sports media watch. It seems as though the referees’ mistake only grew interest in the NFL.

Despite the controversy of how this year’s Super Bowl matchup came to be,  it shouldn’t be one to remember. The Rams and Patriots are two of the highest scoring and yard-producing offenses, per ESPN Statistics.

With two high powered offenses, the focus of the game actually turns to defense. Teams have been able to get at Patriots quarterback Tom Brady in the past but have not been able to sack him. Brady is 33rd in time in the pocket but is third best in sacks allowed, per NFL Next Gen Stats and ESPN Statistics. These stats show that Brady is able to get rid of the ball just before his pocket collapses, proving himself extremely efficient.

Brady is coming up against the best pass rusher in the NFL. Aaron Donald’s 20 sacks in the regular season makes him just 2.5 short of the all time sack record held by Michael Strahan, per Pro Football Reference.

Donald has done this while being double teamed on 70 percent of his plays, per Next Gen Stats. This poses two problems for the Patriots: double-teaming Donald doesn’t mean that he won’t get to the quarterback or stop the run and even if it does, then it opens a lane for the veteran, Ndamukong Suh. This worked for the Rams against the Saints, as Suh walked out of the Superdome with 1.5 sacks to his name.

Another important aspect to look at is the age-margin and experience that separates the two teams. Brady is closing out his eighteenth season as an NFL starter, and is topping his own record as the oldest quarterback to play in a Super Bowl at 42. Meanwhile, Rams quarterback Jared Goff is just 24 years old and is closing out his sophomore year as the starting quarterback for the Rams. Patriots’ head coach, Bill Belichick’s, 66 years doubles the age of opposing head coach Sean Mcvay. The young, dynamic coach has made a good name for himself in the past two seasons.

It seemed hard to plan for the front seven of the Rams this season, but if anyone is up to the task, it’s Belichick. Brady and Belichick have dominated the AFC and have taken the Patriots to nine Super Bowls and won five of them, hoping for their sixth win on Sunday.

If the defense comes to play on Sunday, this Super Bowl could be the passing of the torch from the Patriots dynasty to the young, rising Rams team.