Church in State? Not the way to pray, despite president’s tweeted blessing 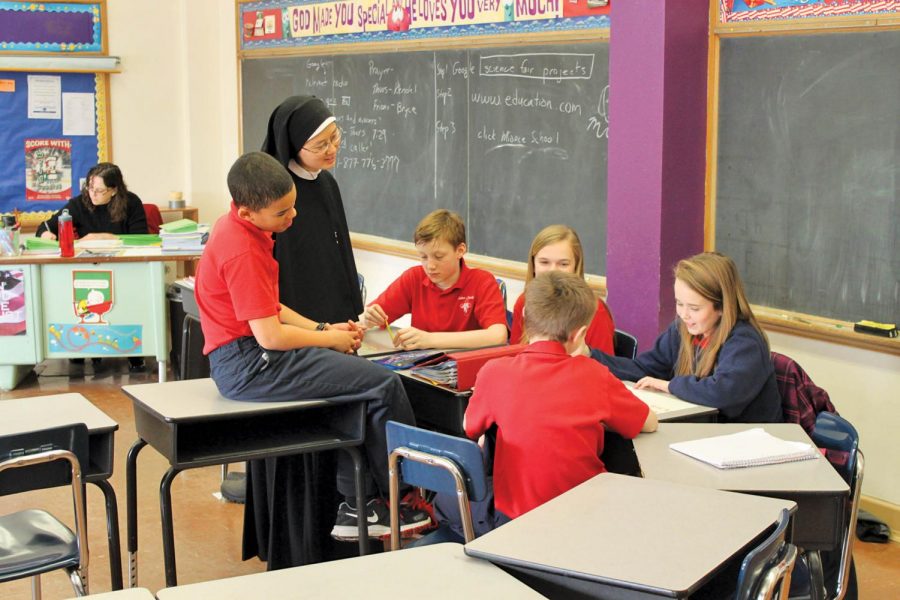 Is public school a place to teach Bible literacy? President Donald Trump, a man who has displayed plenty of ignorance of the Bible, appears to think so.

Being a Christian normally suggests knowing a few Bible stories along with being willing to incorporate moral values like forgiveness and grace- all of which Trump does not have. A majority of Americans are Christians, but not all of them are.

On Jan. 28, Fox & Friends aired a segment about state legislation that would bring Bible literacy classes into public schools. Soon after President Trump gave his blessing on Twitter, saying, “Numerous states introducing Bible Literacy classes, giving students the option of studying the Bible. Starting to make a turn back? Great!”

The bills were introduced in six states: North Dakota, Missouri, Virginia, West Virginia, Indiana and Florida. The bills would allow students to decide if they want to take the class as an elective and learn about the historical significance of the Bible.

According to the Congressional Prayer Caucus Foundation, the goal of “Project Blitz” is to “encourage numerous key conservative legislators at the local, state and federal level who are submitting legislation and public policy positions.”  The project also aims to “reclaim and properly frame the narrative and the language of religious liberty issues.”

Many liberal organizations such as Americans for Church and State, argue the bills are unconstitutional because the First Amendment implies that the government will not act in a manner that favors one religion over another. Another argument against these bills is they impose on citizens’ religious freedom by exclusively teaching Christian studies without acknowledging the studies of Judaism, Hinduism or Islamism.

Although conservative groups claim the Bible can be taught in a manner that would not cross the line of attempting to convert children, the line between is thin. This is not the first time religion and education have created cultural controversy. In most cases, such as the 1948 Supreme Court case of McCollum v. Board of Education, the court ruled that utilizing the public school system to aid religious faiths violates the First Amendment.

Although the Bible literacy bill has been viewed by most as unconstitutional, what’s more, interesting about this issue is President Trump’s encouragement. Given how the president identifies as a Presbyterian, it’s important to take a look at his past to understand him from a Christian perspective.

Since his election, President Trump has continuously blundered his appearance as a Christian, given his past altercations with Pope Francis. Trump has said of the pope, “he said negative things about me because the Mexican Government convinced him that Trump is not a good guy.”

In 2016, Trump was asked about his favorite Bible verse and his quote stands for itself.  He responded, “I mean, you know when we get into the Bible, I think many. So many, and some people—look, an eye for an eye, you can almost say that.”

It seems as though Trump views Christianity as more of a political tool than a basis of moral values. As his approval rating sinks, he appears to be turning to a more unique audience in order to show encouragement to his evangelical followers.  However, as long as he does not make another irrational executive order, this bill will likely be ruled unconstitutional.