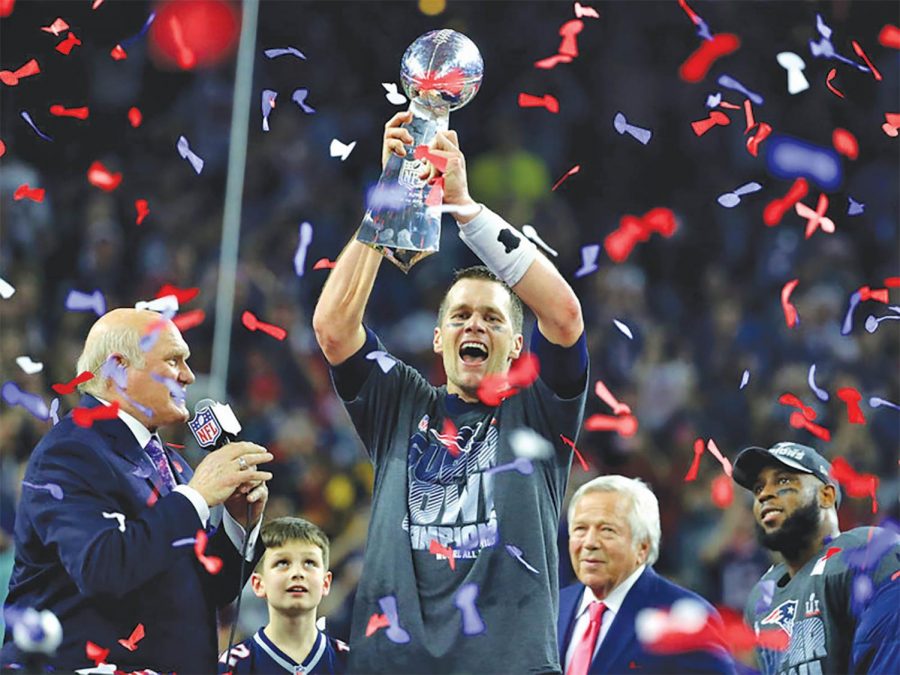 Tom Brady now has the most Super Bowl wins by a quarterback in NFL history.

In the lowest scoring Super Bowl, Julian Edelman, seventh wide receiver to ever win Super Bowl MVP, caught 10 of his 12 targets for 141 yards, as the New England Patriots beat the Los Angeles Rams 13-3.

If you love offensive games, too bad, because this was a war between the Rams and Patriots that was fought all the way to the bitter end. Unless you fell asleep before half time.

New England scored the first and only touchdown of the game with seven minutes left in the fourth quarter. A 29-yard pass from Tom Brady to Rob Gronkowski set up a two-yard run for rookie Sony Michel, the second rookie in 30 seasons to score a rushing touchdown. It was also the only redzone trip taken by any team.

The defenses for each team came into this game ready to play. Rams linebacker Cory Littleson intercepted Brady, on the very first pass play of the game. Brady went on to complete 21 out of 35 passes for 262 yards.

Jared Goff was intercepted late in the fourth by Stephon Gilmore on what could have been a game-tying touchdown for the Rams. Goff ended the game completing 19 out of 38 passes for 229 yards. ESPN also noted that 45 percent of the Rams plays led to either zero or negative yardage.

In a Super Bowl outcome that no one expected, this game will go down as one of the most important ones in the Brady, Bill Belichick era. This season marked what most thought to be the decline of the Patriots dynasty, with all five losses at the hands of teams that did not qualify for the postseason.

It’s tough telling who will be playing in next year’s Super Bowl. Though the Patriots are always a safe bet out of the AFC, the explosive Kansas City Chiefs had a great season with Patrick Mahomes as quarterback. The Indianapolis Colts also are back in form this season with the return of Andrew Luck, promising young pieces and cap-space.

The NFC is a little bit of a different story. The Rams have been a playoff and Super Bowl contender for the past two years now, but if the Philadelphia Eagles can stay healthy, they should be primed for another shot at the Lombardi Trophy.

Dallas can be a Super Bowl contender, if they can build off from the success they found this past season. The New Orleans Saints can come back stronger next season, if they can stay consistent down the final stretch of the season, and the Chicago Bears have youth and arguably the league’s best defense.

My early Super Bowl 54 prediction: The Saints are going to win the Super Bowl next year defeating the Kansas City Chiefs in what will be a high scoring game for both teams.