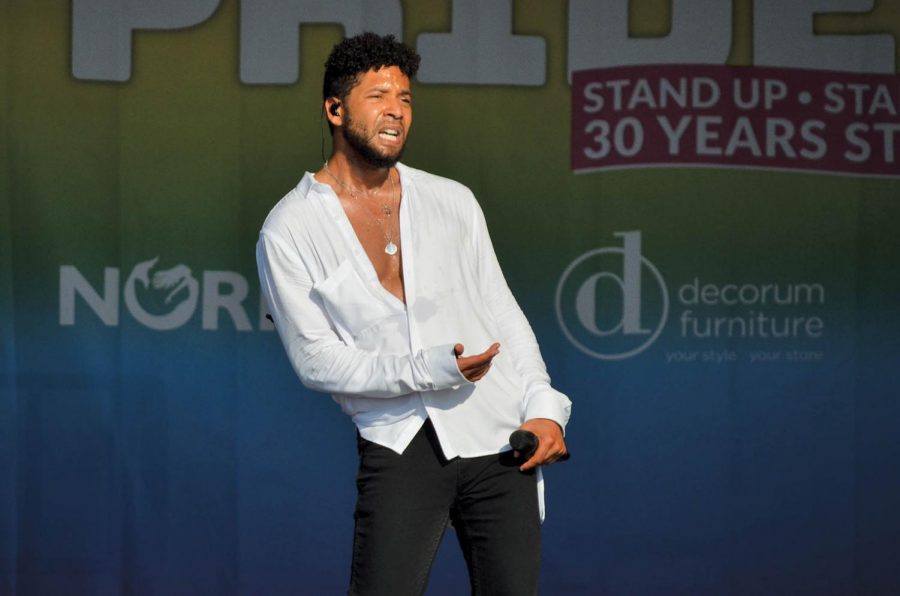 Smollett received a threatening letter one week before attack. "MAGA" was written as the return address.

We as Americans like to think that we are a progressive country and not the one of hate that was overtly present in past years. We’ve had a black president, countless women in Congress, saw gay marriage become legalized and had more religions represented in our government than we can count.

This should all point to a narrative of progression and acceptance. We should have come so far in our fight for equality. Right?

Last Tuesday, actor and singer Jussie Smollett was attacked by two unidentified men in Chicago. It was reported that the men were yelling homophobic and racial slurs to Smollett. Smollett, best known for his role on “Empire,” plays a gay character and is openly gay himself.

The men then proceeded to beat him, pour a chemical substance on him and put a rope around his neck. This attack sounds like something that would’ve happened 50 years ago when America was much less progressive, but it happened now in 2019.

Something that is obviously a hate crime should be shocking in this day and age, but sadly, this kind of hateful rhetoric is something that we cannot sweep under the rug.

It is important that incidents like this are made visible in the public eye, as it reminds us that we still have a long way to go and cannot turn a blind eye. It’s easy to forget how this country was founded and is still rooted in hate and ignorance. Our current president is doing us no favors, as he openly encourages this kind of rhetoric of hate.

According to an unnamed source, the chemical that was poured on Smollett was bleach, and after the attack, the men shouted, “This is MAGA country. Make America Great Again.” Not only does this showcase the ignorance of the men who attacked Smollett, this kind of rhetoric shows the ignorance the current administration deems acceptable. Ever since Trump’s inauguration in Jan. 2017, U.S. citizens have been validated in their hate. Why should they be afraid to say or do something that our president already has?

This incident should give people a reason to stop with their “harmless” homophobic jokes. They’re just words and don’t hurt anyone, right? No, in fact, very, very wrong. Seemingly harmless words only act as validation for your own ignorance and allow others to act on their hate and ignorance as well.

“I am not and should not be looked upon as an isolated incident,” Smollett said. “We will talk soon and I will address all details of this horrific incident, but I need a moment to process.”

Chad Griffin, president of Human Rights Campaign, added to Smollet’s point by saying, “there is an alarming epidemic of hate violence in our country that disproportionately targets Black people, LGBTQ people and religious minorities ― and particularly those living at the intersections of multiple identities.”

As Smollett and Griffin stated above, we cannot pretend like this is some kind of isolated incident. The sooner we realize this and take off our rose colored glasses that show a kind of pretend tolerance, the sooner we will be able educate people and try to stop this kind of problem.