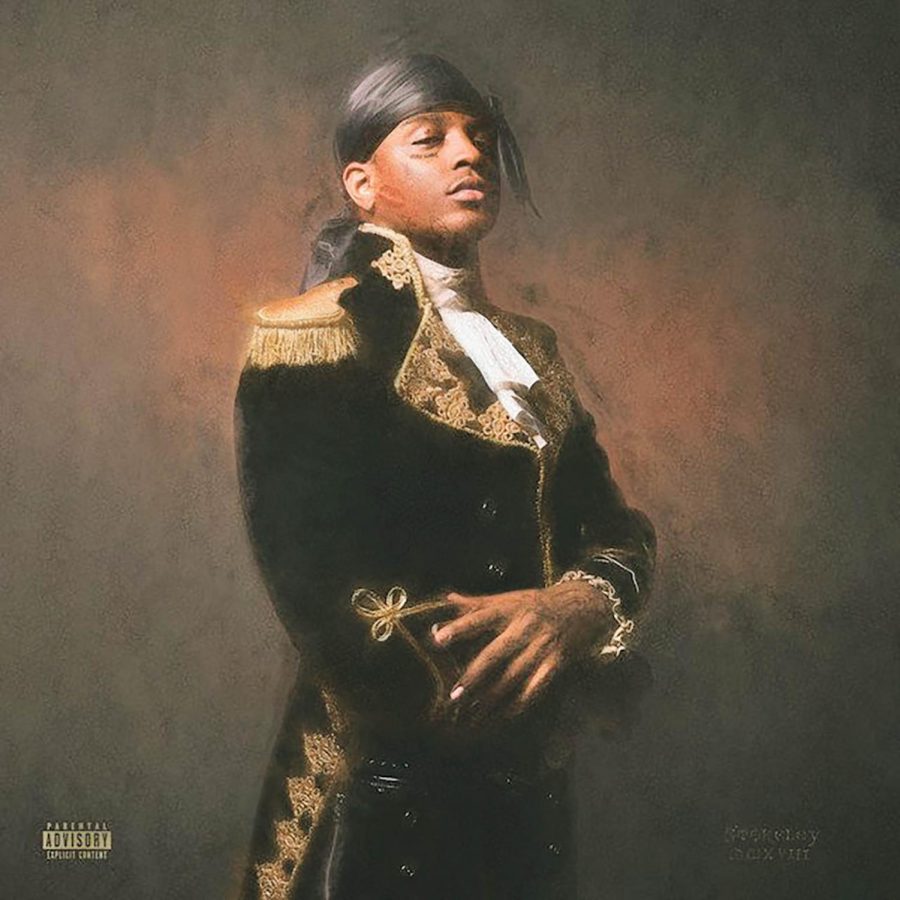 'Stokeley' was released in November of 2018.

Fast beats and fast lyrics. That’s what you can expect listening to Ski Mask the Slump God’s latest album “Stokeley,” titled after his birth name Stokeley Goulborne. This is the Florida rapper’s much awaited, debut studio album. Ski Mask has delivered an album abounding with his signature unorthodox, witty flows with deliveries that vary between quick staccato spits and deep chest belts reminiscent of a local garage screamo band in the best of ways.

As mumble rap rises in popularity among rappers in his age group, Ski Mask’s flows are refreshing. Songs like “Nuketown,” featuring fellow rapper Juice WRLD, and “La La” are where the rapper flexes his vocal strength to deliver bellowed notes that leave us inexperienced listeners with raspy throats after howling along with him. Each verse quickly bounces from Ski Mask’s mouth led by a solid bass-boosted trap beat.

Songs like “Unbothered,” “Cat Piss” and “Foot Fungus” are perfect exhibitions of how clever Ski Mask can get with his lyrical content. He uses a variety of pop culture references and absurd phrase strings that give each verse an added playfulness. Hard trap beats aren’t the only thing that “Stokeley” has to offer. The song “Save Me, Pt. 2” shows the rapper’s ability to serenade an audience. While his ability to carry a tune is shaky, his efforts still supply a decent R&B song.

Though the album only lasts a little over a half-hour, with the majority of songs having a duration shorter than two and a half minutes, it shows that a great work doesn’t have to be long. Overall, “Stokeley” is a must-listen for rap heads who are lovers of hard trap beats and quick lyrical game. It will be interesting to see the next project Ski Mask has in store.