Cancel culture jumps to conclusions, but celebs should still be held accountable 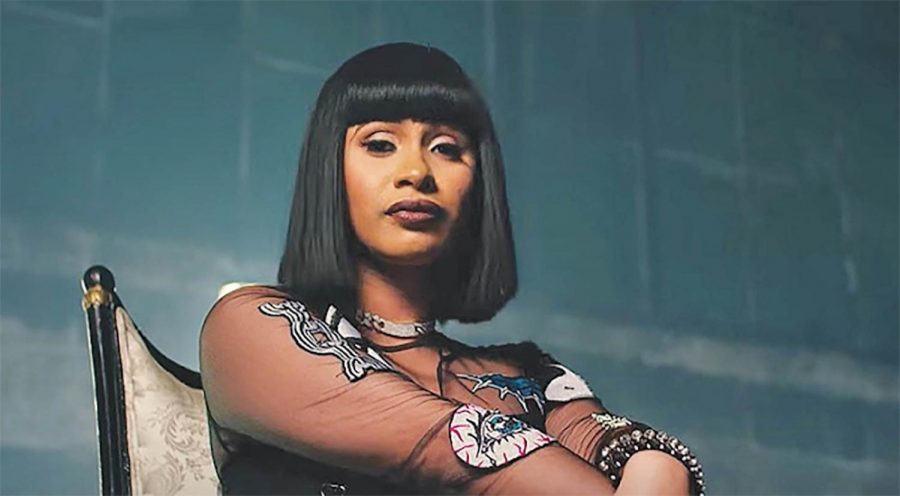 Cardi B has attempted to make up for her problematic past by taking a stance against proposed border wall.

The judgement of these cancelled artists occur in two different ways: one being sudden and abrupt, and another accumulating over time. Three artists that have recently been cancelled include Kanye West, Cardi B and Tekashi 69.

Many have criticized West since he interrupted Taylor Swift at the Grammys, but his recent problematic comments placed him underneath a harsh light once again. Last May at the TMZ Headquarters, West said, “When you hear about slavery for 400 years … For 400 years? That sounds like a choice.” Saying controversial things isn’t new to West, but speaking on an event that held so much pain and suffering crosses the line. West had already been under a lot of heat for publicly supporting President Donald Trump that same week.

West is known for speaking nonsense with the aim of bringing more attention to himself, so should his words really be taken seriously?

With other artists who have physically and/or emotionally hurt other people, West is harmless. His words and actions stem from ignorance and are solely to grab people’s attention. He should be educated on the power his words hold, and allowed to grow as an individual. Cancelling an artist only stunts their growth as human beings, and in turn creates more stubborn celebrities.

While cancelling an artist isn’t ideal, they should still be held accountable for their actions.

Another rapper that has been deemed problematic is Belcalis Marlenis Almánzar, better known as Cardi B. Her old tweets resurfaced showcasing her colorism and transphobia. In a tweet from Dec. 2016, Cardi B said,

@LeshellJ FIX THAT DUSTY ASS WEAVE & grow your edges then talk to me UGLY LOOKING LIKE A F—ING ROACH !! pic.twitter.com/YeB4oZ2Yub

Many other colorist tweets followed this one.

Another one of Cardi’s since-deleted tweets stated, “If my man cheat on me. I’ma get him drunk and let a tranny rape him.” This tweet reveals her lack of respect and utter hatred of the trans community.

Compared to West, Cardi B went out of her way to attack minority groups that she knows nothing about. Still, many of her fans came to her defense saying that she is that way because of her upbringing in The Bronx. This wasn’t and will never be okay. Cardi B knew the hatred her words held, but still continued to attack dark-skinned black and transgender communities.

Does this mean that Cardi should be cancelled? Should any celebrity be held to such a harsh standard?

While supporting her music lets her know that her actions don’t have consequences, cancelling her doesn’t help her understand why her actions are wrong.

A third artist that has been cancelled is Daniel Hernandez aka Tekashi69. Rightfully so, he had an ongoing sexual relationship with an underaged woman. Tekashi69 was also charged with child pornography after publishing a video online of a minor engaging in a sexual act.

Tekashi69, and other abusers, deserve to be cancelled without a doubt. Physically, psychologically and emotionally hurting people should always result in an end of support. Artists like Tekashi69 don’t deserve any sort of platform or time to “fix” their mistakes.