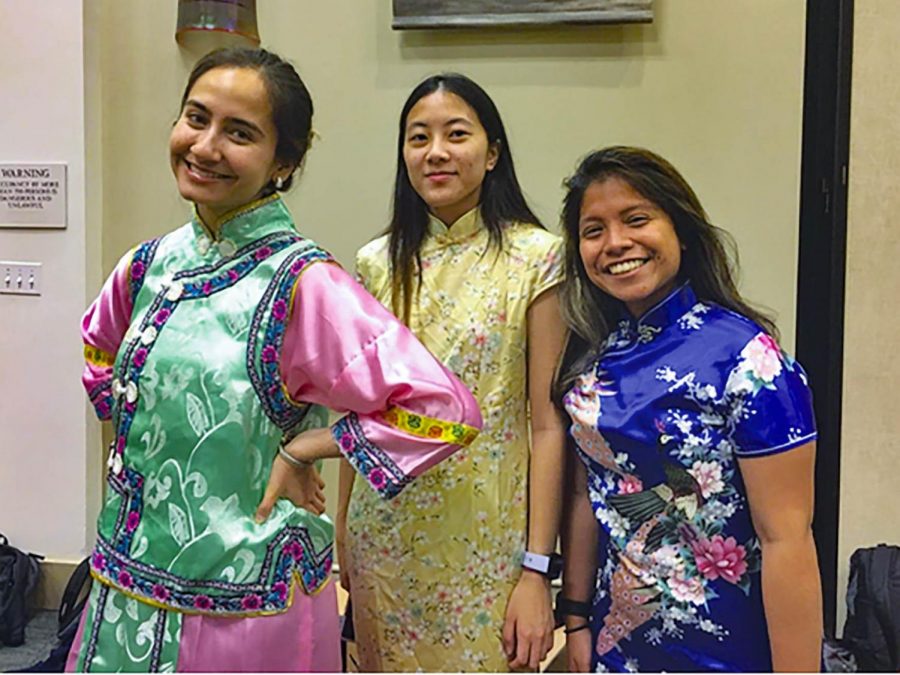 2019 is officially the year of the pig. People born during this year are considered compassionate, generous and very smart. Last Monday, the St. Edward’s community along with members of Austin’s East-Asian community exhibited such traits to usher in the Lunar New Year together. The Lunar New Year Festival, held in the Mabee Ballrooms, was completely decorated in red, typical of any Lunar New Year celebration.

According to a Chinese legend, long ago there was a monster under the sea that would come out and eat the farm animals every year. Eventually, an old, wise man taught people to put the color red on their doors and light fireworks in order to to scare the monster away. As a result, red has become the primary color associated with the Lunar New Year.

While this legend makes for a fun story to tell children, for many Chinese people, the Lunar New Year is comparable to Christmas. Many Asian-Americans consider it important to gather together as a family during this time of year, no matter where in the world they may find themselves.

The St. Edward’s Lunar New Year celebration featured a number of booths where members of Austin’s Asian community exhibited features representative of their community including origami, games, and even a doctor of traditional East-Asian medicine.

Dr. Lin offered free traditional diagnosis of SEU students’ health, finding that a number of students suffered from stress and lack of sleep.

“In the U.S., I believe people share their traditions and culture. It is important to participate in this culture of sharing.” he said. Lin believes that events like the festival are important for this very reason.

“I think it is a way to integrate and develop global citizens into campus life,” Broza said.

The celebration concluded with various shows put on by students of the SEU Chinese Club  and members of the East-Asian community. Performances included a student interpretation of a Chinese lion dance, a fashion show showcasing Chinese fashion throughout the millennia, traditional dances performed by the Austin Bright Dance Group and a Chinese violin performance by Austin community member Yu Tai Zhang.