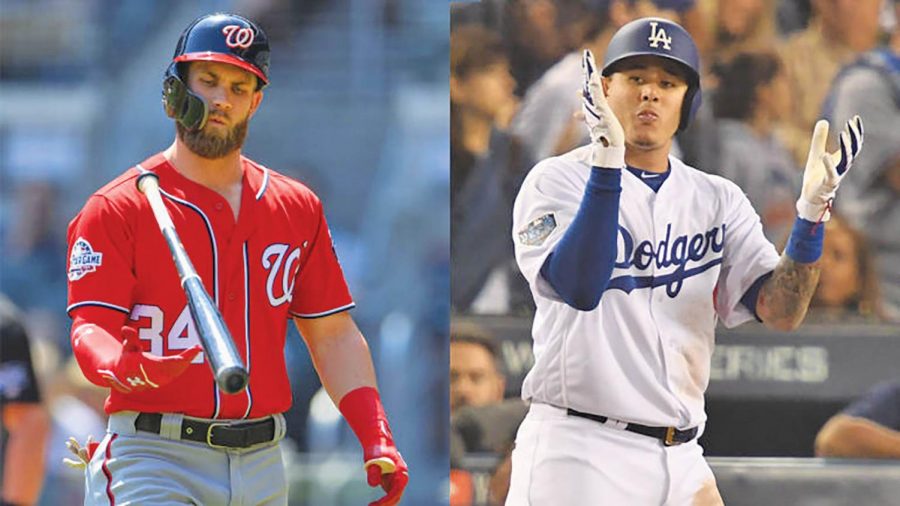 Machado was also linked to the New York Yankees and Philadelphia Phillies, though the Chicago White Sox seemed to be the front-runner at the time since Machado was adamant about playing shortstop, according to most MLB executives..

Though Chicago was the only team that could make him the everyday shortstop for the duration of his career, the Padres swooped in and ultimately gave Machado a deal he couldn’t refuse. With the Padres front office, he was open to playing third so he doesn’t block Fernando Tatis Jr.’s road to the big leagues.

The Padres got their franchise guy by landing Machado. The four-time All-Star will be penciled in the three hole and will man the hot corner for this young team. Previously playing for the Baltimore Orioles and the Los Angeles Dodgers, Machado is a two-time Gold Glove winner at third base and won the Platinum Glove in 2013 – proving he is a versatile stud on the diamond.

Coming off arguably his best offensive season, setting career-highs in batting average (.297), homeruns (37) and RBIs (107), Machado is set to be a huge piece for that lineup. With the Padres sitting on 10 top-100 prospects and number two overall, with shortstop Fernando Tatis Jr., the Padres can realistically flirt with a Wild Card spot this season.

With Machado off the board, that leaves superstar Bryce Harper left to pick his team. Harper has been connected to the San Francisco Giants, Philadelphia Phillies, Los Angeles Dodgers, and both Chicago teams, the Cubs and White Sox. He has also been tied to the Washington Nationals– the team that drafted him number one overall in the 2010 MLB draft.

Now, all eyes turn to outfielder Harper, the former National League MVP who is still looking to cash in on his chance at a big pay day. Going into free agency, Harper has stated that he is looking for a deal over $350 million.

Recently, the LA Dodgers, the White Sox and the Giants publicly stated that they were out of the Harper sweepstakes. Harper will certainly be asking for more money than Machado, and both the clubs said they don’t see themselves going over the $300 million-dollar range to acquire his services.

The Phillies are pegged as the frontrunners to land Harper.  The Phillies front office said they were prepared to spend “stupid money” for either Harper or Machado.

Harper would be the big bat from the left side of the plate that the Phillies have been missing these last few years. Pairing Harper with current slugger, Rhys Hoskins and newly acquired J.T. Realmuto, would pose one of the best middle orders in all of baseball.

Harper to Philly just makes too much sense for both sides to turn down. Adding a superstar talent like Harper to an already very good Phillies roster would distinguish them as favorites to win the NL East, and also  mark them as a top team to come out of the National League to get to the World Series.