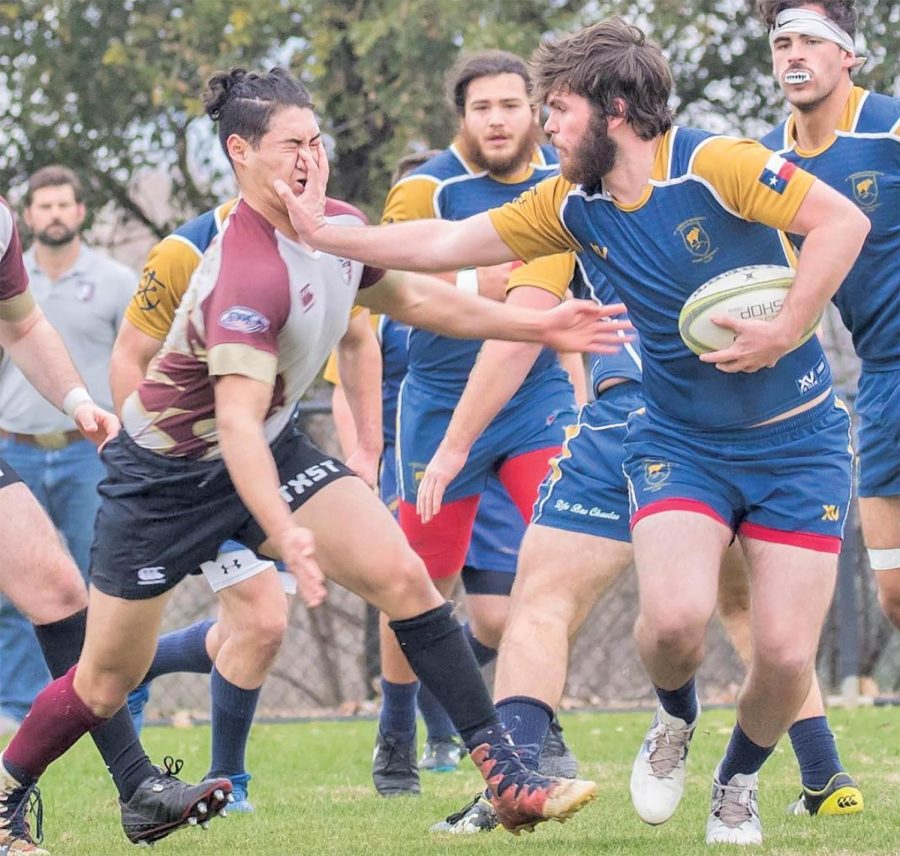 SEU rugby finished the regular season with a 7-1 record.

After a 7-1 season filled with hard hits and big wins, the fourth-seeded St. Edward’s rugby club has punched their tickets to the regional round in Denver, Colo. after the team’s victorious run in the state round of the Lone Star Conference playoffs in February.

Club co-captain Teague Roberts says that the team is eager for their upcoming regional matchup against Regis University, but knows the team must remain focused to reach their goals.

“We know what we’re doing,” said Roberts.  “We have the talent, skill and determination to do it. … I think if we get more mental toughness and really work hard these next three weeks, then I’m not worried at all.”

Roberts says that the team is proud of the the club’s success so far, despite the odds against opponents whose rugby programs are actual varsity teams with primary school funding.

“We’re pretty limited in terms of numbers and facilities as a club sport. And we’re playing against massive schools,” Roberts said.  “We pretty much have everything stacked against us and still find a way to be successful.”

Club president, Hunter Brass, says the club is thankful for their consistent supporters and that they have been a massive help to the program’s growth.

“The success all rests on the back of the amazing alumni, families and current players that we’ve had,” Brass said.  “We could not do anything without the alumni and fans behind us… Everybody’s making this possible.”

Last year, the club went through some unfortunate changes. Their coach quit on them midseason which led to the team to miss the playoffs and left them fearing that they were headed towards a rebuild.

That was until last summer when they landed Kirk Tate, president of Texas Rugby Union, as their head coach.

Club Captain, Chris Madonna, said that Tate’s approach to the game has already left a strong mark on the team’s direction.

“He definitely hit the ground running with his ideology and his coaching method. It’s what’s gotten us here,”Madonna said.

Brass added, “In the interview, I just knew this guy was perfect for St. Edward’s rugby. … We’ve always had our culture for the past 50 years, but Kirk just fit in perfectly.”

Brass continued to say that the team’s bond is an important aspect to their recent accomplishments and that it is deeply meaningful to him.

“The team chemistry this year is pretty amazing. [It’s] maximum friendship. I haven’t been a part of a team in my whole life of playing sports for 15 years, I’ve never been on a team like this,”Brass said.

Though it may be too late for newcomers to participate in the regional round, Madonna says the club is always looking for new members and is open to anyone who is interested in playing – no matter the experience level or physical stature.

“Recruiting is always going on. … We’re always accepting new members,” Madonna said. Brass added, “We do not turn people away.”

The Hilltoppers will be preparing for their March  23 matchup against Regis, who is hosting the regional round in Denver.