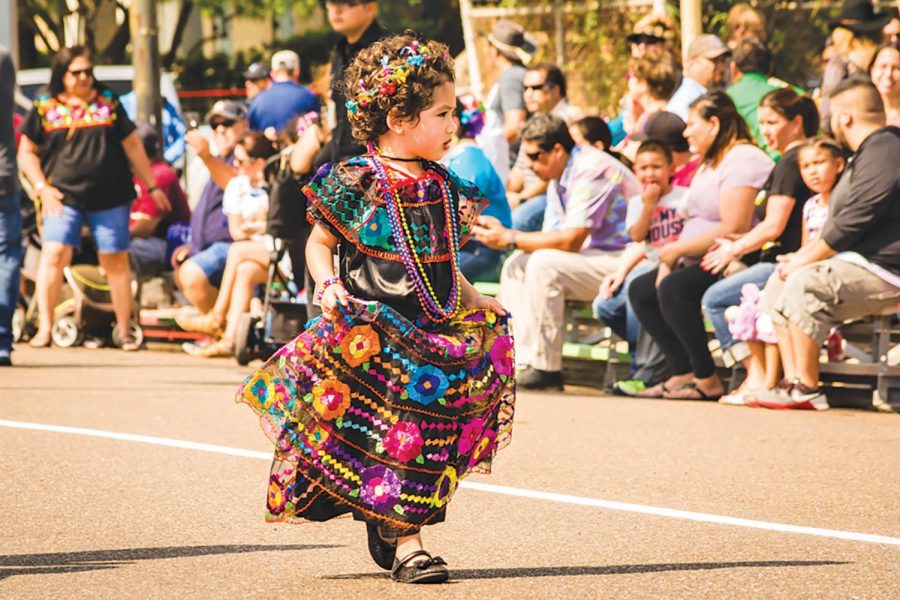 Charro Days marked its debut in 1938, during the Great Depression, in Brownsville, Texas. Leaders in the community saw how devastated citizens of Brownsville were and knew that something had to be done. They came together to create a celebration that would lift its citizens spirits and celebrate what makes their little town so special.

What makes Brownsville so special is its proximity to the border and the culture that comes with that. People dress in traditional Mexican costumes, watch magnificent parades and attend one of the most popular events in Brownsville, Sombrero Fest.

The beauty of the holiday is defined by much more than the huge floats adorned with paper flowers and shiny tinsel. It’s more than the beautiful dresses that create colorful swirls with each turn. It’s more than the long lines formed by laughing and socializing people waiting for an elote or spiropapa at Sombrero Fest: Charro Days is about unity.

This unity has been challenged by our current administration. Trump’s proposed border wall would stop this wonderful holiday from happening. With a physical wall put in place, there would also be a wall of ignorance and hatred.

Charro Days is about the unity between two sister cities: Matamoros and Brownsville, so it really couldn’t exist with such separation. The holiday represents the coming together of two cities and two nations. It shouldn’t be ruined by a hideous wall. The two cities should be able to come together and celebrate their cultural similarities and differences.

After each city posts its nation’s flag and sings its national anthem, young children from each side of the border exchange miniature flags and gifts symbolizing the friendship and high regard each city has for the other. If children are allowed, and even encouraged to participate, how could anyone claim that a border crisis is taking place? If you ask the children dancing, singing, and participating in grito contests, they’ll tell you how safe and happy they feel while celebrating their culture.

Parades begin hours after this sign of friendship. The first parade is known as the children’s parade. This parade is probably the most popular, as it is a part of what kicks off the next three days. Children from different BISD schools dress up and perform traditional dances as they walk through downtown. This parade sells out quick so many prefer to watch from the tops of their cars or houses. The next three parades happen in the next two days and also attracts a large amount of people.

There is no shortage of rich culture to indulge in these three days. Many still remember dressing up and performing traditional dances as children. Whether you are participating in the festival or only observing, the enjoyment felt is like no other. Charro Days is a treasure for the people of Brownsville and Matamoros and should be experienced by all.

Since Charro Days is a time to celebrate our heritage, we must also resist the frameworks that demonize the culture and people we celebrate.

If nothing else, Charro Days should show the rest of the world that there is no reason to be alarmed. There is no border crisis and you’d know that if you ever travelled to see the gorgeous city.

The current administration can ask for a wall, but we, as citizens, need to remember to refrain from placing borders in our hearts and minds. There is no humanitarian crisis or threat to national security. Trump is just afraid of a culture different from his own and is irrationally scared of outsiders. Maybe Trump should visit Brownsville during Charro Days, like Obama did in 2008. There would be a lot of resistance, but Trump could learn a thing or two from the beautiful bordertown, Brownsville, Texas.