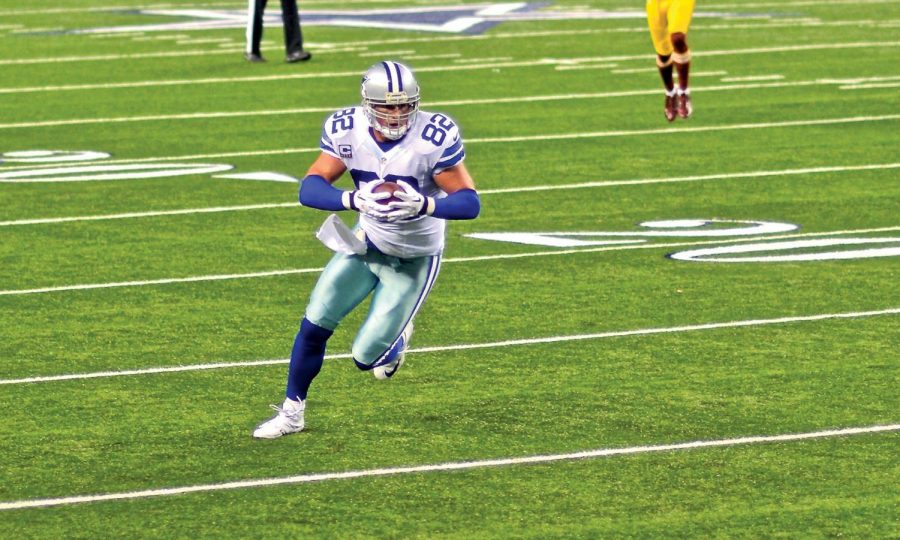 With Jason Witten (82) foregoing retirement to play another NFL season, the team now looks to be ready for contention.

It’s official: Jason Witten is coming back to the Dallas Cowboys. The 36-year-old tight end announced he would be returning to the team with a one year deal that pays $3.5 million with the possibility of an extra $5 million with roster bonuses and incentives.

That’s as good of a reason as any to come back, but it’s clear that the real reason he is making a return to the field is because he genuinely loves the game. Witten is leaving ESPN’s “Monday Night Football” analyst segment and an annual salary of $4-4.5 million to mark his reentry into the game he loves.

Receiving mixed reactions from fans on his television analyzing, his return to playing football may be the best thing for him. His return may be a big deal for him, but it’s an even bigger deal for the Cowboys. Here’s why it is a good thing:

Witten is a star tight end. The 11-time Pro Bowler ranks only second in career receptions for a tight end and fourth for any player in NFL history with 1,152 career receptions. He is officially the franchise’s all-time leading receiver and with his return to the field quarterback Dak Prescott will surely find a consistent catch from Witten.

At the end of his 2017 run at age 35, Witten received 63 total passes, ran for 560 yards and completed five touchdowns. Those stats are only slightly down from his 2016 numbers, indicating that when he retired he still had a lot of fight left in him.

Witten is such an influential player that he even has a collegiate award named after him called the “Jason Witten Collegiate Man of the Year” award. It’s presented annually to the Division I college football player who consistently shows a record of leadership by exhibiting exceptional courage, integrity and sportsmanship both on and off the field, much like Witten himself.

Witten is a dynamic player who does more than his fair share to make the team he is on a great one. It should also be noted that with 239 games of experience behind him, he will be a leadership addition to the team like no other.

Witten knows what it takes to win and with him rejoining the Cowboys he can bring that knowledge and that energy to a locker room that needs it. With the loss of quarterback Tony Romo and wide receiver Dez Bryant in 2017, the Cowboys have taken some hard losses and have seen some tough football seasons.

The Cowboys have recently finished the 2018 season with a strong 10-6 after a 3-5 start. But with the addition of a powerhouse like Witten, there is no telling how well they could do this upcoming season once the tight end shakes the rust off.

Dallas may still have a while to go before they are in Super Bowl position, but Witten’s return is a welcome one and may be just the boost the Cowboy’s needed all along.