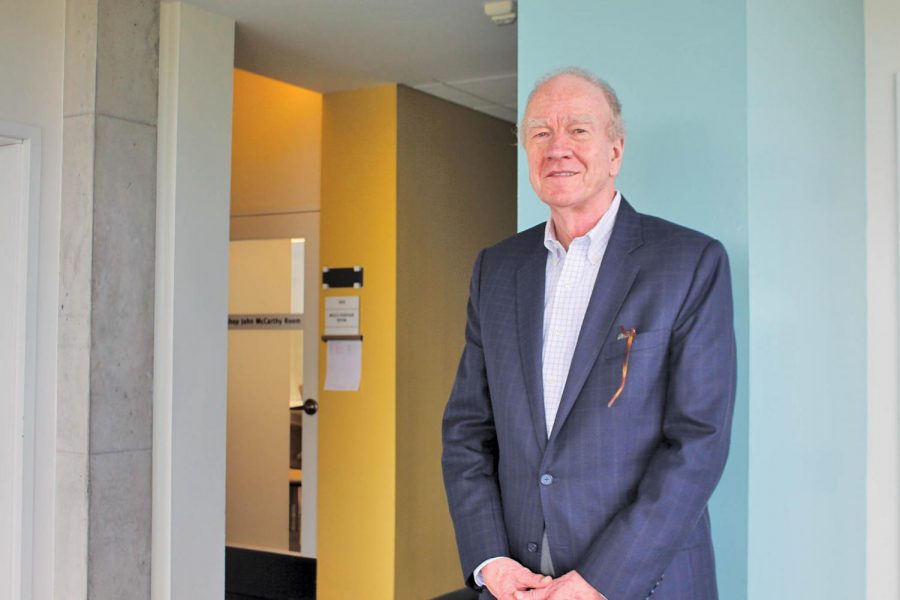 President Martin established the Staff Council following concerns from staff members regarding administration-staff communication. The new council will be co-chaired by Cheri Sullivan and Lindsay Goff.

St. Edward’s has established a new entity, the Staff Council, in response to concern about the lack of communication between the administration and staff brought up at the President’s meeting on Mar. 12.

A survey was sent out to the St. Edward’s community and the common theme that was found in the responses was the disconnect between the administration and the staff. There were concerns that the staff felt was not relayed to the administration. To fix this, President Martin created the Staff Council.

“There is a faculty senate and there is a student government association but there wasn’t really an entity that helped represent the staff voice, and so that was through all of the information how they are trying to improve communication and open lines,” said Cheri Sullivan, co-chair of the Staff Council.

The council’s first attempt in addressing this issue was to host a meeting on March 15. The meeting was a Q&A session with President Martin to clarify information that was given during the President’s meeting.

No two questions were the same. According to Sullivan, many of the questions were concerned with the how the administration intended to preserve the culture of the university as they move forward with the Master Plan.

“There is probably a ray of issues that are indicative of the overall health of the university, so you can’t just boil it down to one or two,” said Martin. “Some things take longer than others, but I think we’ve made significant progress on the major issues.”

What these major issues are was not disclosed.

There were about 50 staff members from all departments in attendance, more than what was predicted.

“The goal was to elevate the voice of every staff member no matter what level or area that they’re at, and this was a nice introduction and reinforcement to the community that we, Staff Council, are here to serve [them] and be [their] voice to administration and vice versa,” said Lindsay Goff, co-chair of the Staff Council.

President Martin felt that the meeting was a success in meeting this goal. He said he hopes to continue this communication between staff and the administration.

None of the issues that were brought up during the meeting surprised Martin. He said that they were all concerns that have been mentioned before.

“I think we’re united in trying to advance the mission and so what we are really trying to do is perfect the ways we support and advance that mission,” said Martin. “That means that we constantly have to work at it because there are always new challenges and the question always is, how can we do this better.”

Members of the Staff Council said that Martin’s cooperation helped put the attendees at ease. Martin wanted the meeting to be informal and they believe that was achieved. There will be more meetings hosted by the Staff Council in the future and more staff are encouraged to attend.

“The other goal was the touch point between staff and administration; opening up those avenues and I absolutely feel that was accomplished,” said Sullivan.