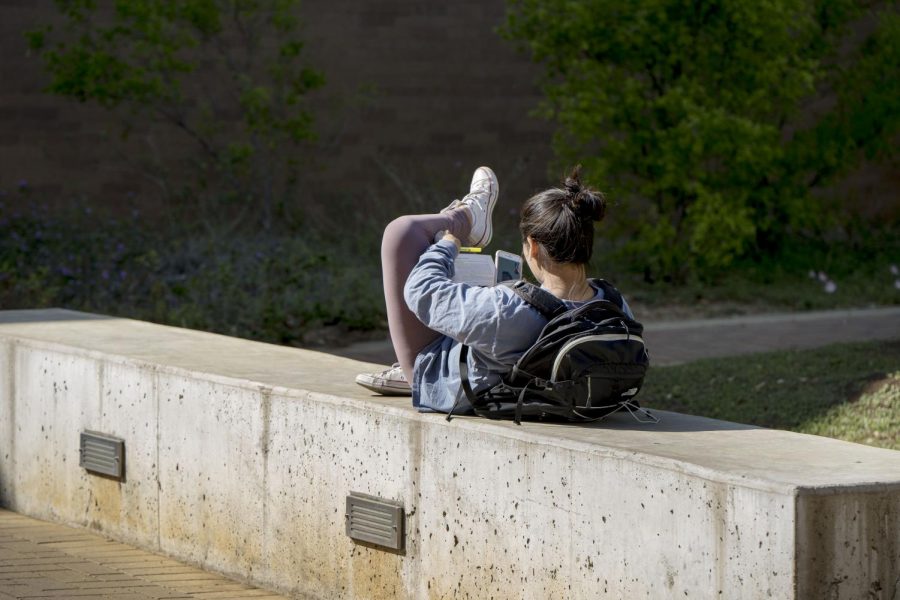 87 percent of college students report feeling overwhelmed by all they had to do the previous year according to the American College Health Association. Students feel especially stressed during midterms after spring break.

Breaks are what students look forward to during the semester. While sitting back and deep frying your brain in academics is fun, it isn’t as good as kicking back and flipping through your Netflix queue.

Spring break just passed. Some students were knee deep in projects and exams while others kicked back and enjoyed an easy week. Where’s the symmetry? Breaks should be a pause from projects and exams. And we aren’t the only ones that need a break; professors should be more upfront about needing a break as well.

Assigning a heap of work before a break takes the pressure off the student during the break, but it also revs up more work for the professor to tend to rather than flipping through their Netflix queue. Both students and professors need the opportunity to breathe.

There should be less of an emphasis on midterms and major projects towards the middle of the semester. Spring break should be enjoyable, not waiting on the dark horizon to fester while you attempt to relax. So, how does this happen? Where do we lift off from a semester that loves to keep hitting?

Professors should plan their syllabus to treat the weeks between breaks as they would any other week. There’s no need to cram as much information as possible because it lures students into the grand scheme of feeling guilty for not completing work. Since students they have a major project due after the break, all they are going to do is focus on this project. Being productive shouldn’t be our only value as students and the same goes for professors.

Also, the pileup of work before or after a break ensures that nothing learned will retain in the factory of our brains. If we cram information back to back before a break, it won’t retain when we are given the chance to cool off and forget. University can’t constantly be on the mind. Breaks are necessary.

According to the New York Times, “in 1985, the Higher Education Research Institute at U.C.L.A. began asking incoming college freshmen if they “felt overwhelmed by all I had to do” during the previous year. In 1985, 18 percent said they did. By 2010, that number had increased to 29 percent. Last year, it surged to 41 percent.”

Adding stress onto an already highly tense environment won’t produce better work, but rather drive up guilt and anxiety for feeling overwhelmed. Constant stress isn’t good for your mind.

According to Psychology Today, “young people who are exposed to chronic stress early in life are prone to mental problems such as anxiety and mood disorders later in life, as well as learning difficulties.” Though studying for an exam is generally seen as good stress, constant stress can produce guilt and anxiety that only grows worse over time. Breaks are needed to combat these anxieties.

With our future careers, there’s an opportunity to clock out and turn the brain off from work. With college, it’s a grey area. There needs to be time to de-stress and unwind before stepping back into a high stress environment.

We should be more upfront about our stress and how it affects us. We should take the opportunity to relish our breaks and close the door on school while we are on them. Ensuring good mental health is better than chasing a better grade when the mind is supposed to be resting.