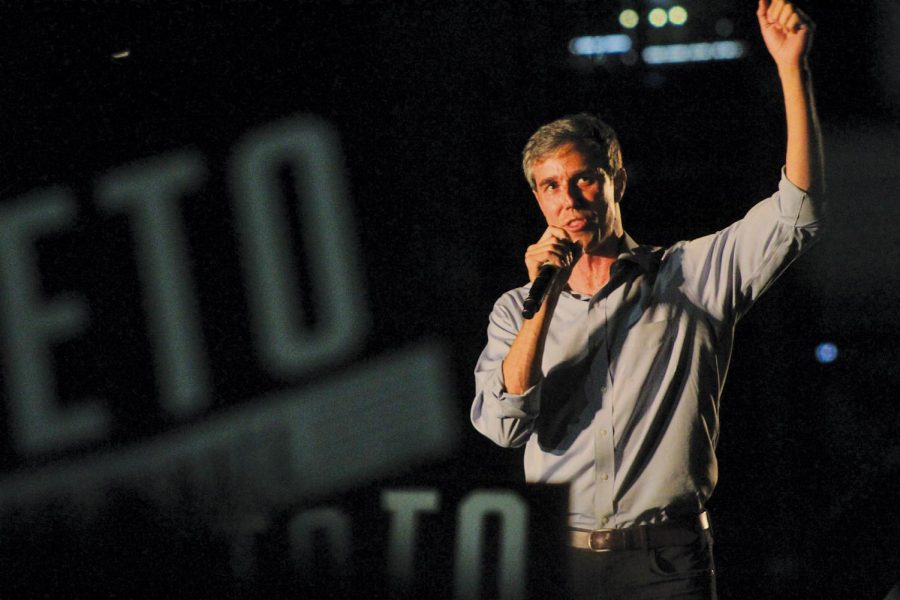 Beto O'Rourke campaigned several times during his 2018 senate run, including speaking at a free concert (pictured above). He returned to the capital city to kick of his 2020 president run.

It was a windy day for March in Austin, but that didn’t stop thousands of people from gathering downtown Saturday night to cheer on Beto O’Rourke as he kicked off his 2020 presidential campaign.

The rally in Austin was the last of three that O’Rourke appeared in on Saturday. The former representative started his day in his hometown, El Paso, and followed up with an appearance in Houston, finishing his day in front of the state capital.

“It is so good to be back here in Austin, Texas, the center and the source of so much of what is good for Texas and the United States of America,” O’Rourke said before embracing his wife, Amy.

O’Rourke came into public view last year when he took on Ted Cruz for senator, and despite his loss, O’Rourke came the closest in 30 years than any previous Democrat to unseat a Republican in what was the most expensive Senate race in America to date.

Building off of the attention he’s gained over the past six months, O’Rourke officially announced his candidacy March 14 and has since visited nine states for various events, but returned to his home state of Texas to formally start his campaign.

St. Edward’s senior, Logan Stallings, attended the rally. “I supported Beto during the Senate race and was excited to hear he was running for president,” she said. “I wanted to see if his platform had changed and what he was highlighting now.”

South Congress was closed for several blocks while crowds of supporters filled the streets to listen to the candidate’s words. With introductions by several speakers, including Mayor Steve Adler, O’Rourke took to the stage to the cheers of the crowd.

O’Rourke started his speech referencing the shift in voter turnout during the Senate race, calling it “nothing short of a miracle.”

“We come first to say thank you for literally transforming and changing the face of our democracy here in the state of Texas,” O’Rourke said.

Texas had the sixth highest increase in voter turnout in 2018 despite its early voter registration deadline and other strict voting laws.

“Before we are anything else, let us decide that we are Americans first,” O’Rourke continued.

O’Rourke’s speech outlined his platform, which falls in line with many other Democrats’ positions, including universal healthcare, debt-free secondary education, stricter gun laws and prison reform.

Another focus of O’Rourke’s tour of Texas was his stance on immigration reform.

“We will not only honor our asylum laws, but we will ensure that we will never again take another child from another mother after a 2000 mile journey at her most desperate and vulnerable moment,” he said.

Despite leaning towards Senator Elizabeth Warren this far in the still early race for Democratic nomination, senior Maddie Smith attended the rally as well. “I wanted to see him announce his presidential campaign because I could hear my sister’s voice when he first ran for Senate, referencing the West Wing saying, ‘he’s the real thing’ and I want to see if she was right.”

“Together, together, together we will ensure that this country fulfills its promise to everyone here, to each other, to ourselves and to every generation that follows,” he said.