LGBTQ+ community highlights the importance of having Pride on campus 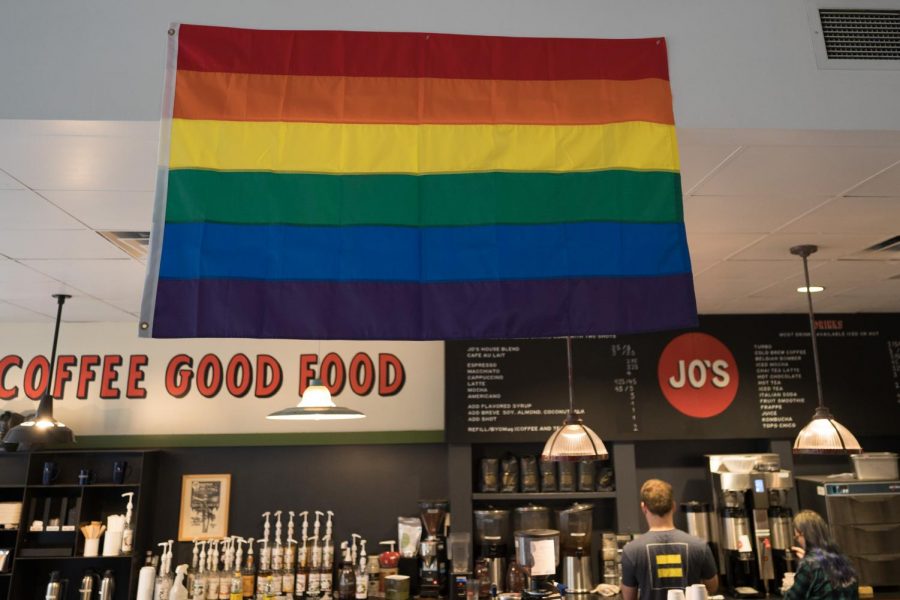 It is important to create a safe space for the LGBTQ+ community. St. Edward's continuously breeds this for students.

With many political figures announcing their candidacy for the 2020 U.S. presidential election, LGBTQ+ issues have once again risen to the forefront of discussion. Times have changed greatly, and this decade has seen great success in progressing American values but visibility and tolerance remain important. Without Pride, none of the major accomplishments we have made towards acceptance would be possible, and the goals we strive for would be unobtainable.

Flashback to 1969, when the police raided the Stonewall Inn, a local gay club. At this time, the LGBTQ+ community was heavily oppressed by law enforcement. Examples ranging from New York’s forbiddance of “solicitation of homosexual relations” to the ability of police officers to arrest anyone wearing less than three “gender-appropriate” articles of clothing. Despite all of the forces working against them, the police raid on the community led to six days of riots on the streets outside of Stonewall. This has now been seen as the catalyst for the gay rights movement.

Growing up in a conservative part of East Texas, I was consistently taught by my peers that who I am is wrong. Bearing the burden of keeping my identity a secret, as a child my self-esteem was not exactly the greatest. I felt trapped outside of reality, watching as my friends lead a normal life. All of this was because of my sexual orientation.

I was very fortunate to grow up with a mother who accepted people no matter their differences. Being gay in East Texas was a challenge, but my mother taught me that my unique qualities were what made me special. She was one of the rare few in my hometown with this mindset of treating others with patience and kindness. Eventually, moving to Austin helped me escape a town that would have continued to drag me down. Having experienced what I have, however, has taught me the importance of Pride.

Things certainly are better today than they were even five years ago for the LGBTQ+ community. However, progress still needs to be made. We do exist, and it is not a choice for us to be who we are. Take it from somebody who continuously attempted to “pray the gay away” while growing up — if it was something that could be changed, it would be by now.

Being that it is a Catholic university, I had my hesitations towards being open about myself upon entering St. Edward’s. Now, in my last two weeks before graduation, I have come to find that everyone here has been nothing but welcoming towards me despite our differences. St. Edward’s being a Liberal Arts school definitely helps, but it is the strong bond Hilltoppers have that has opened our minds up to being welcoming to diversity in its many forms. With groups such as the Pride organization on campus and events like the recent drag show, St. Edward’s has shown time and time again that despite its Catholic history, we can and should support our LGBTQ+ students.