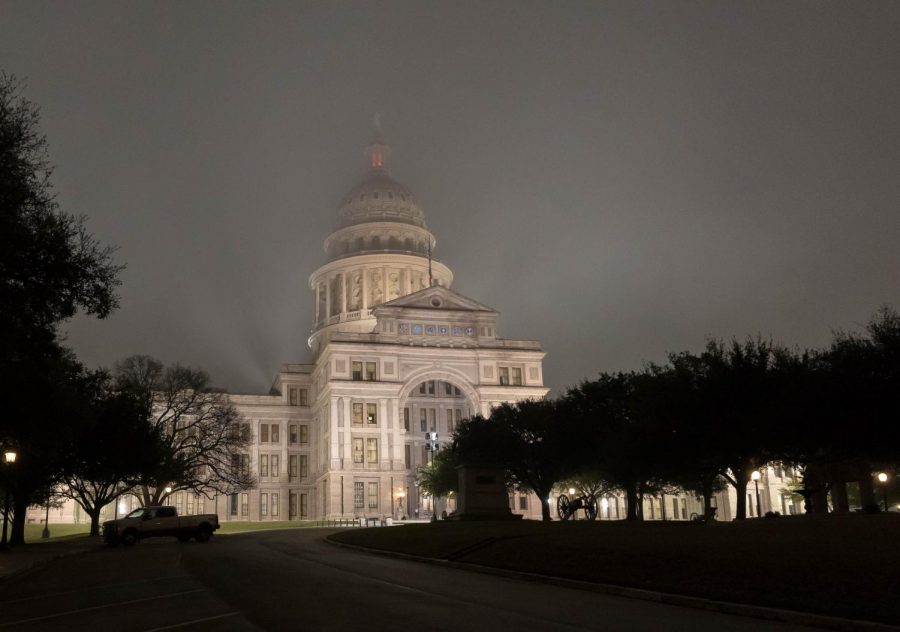 House Bill 2789 is one of 800 new laws that went into effect on Sunday, Sept. 1. The bills were passed as part of the 86th legislative session. Another bill passed includes raising the smoking age in Texas from 18 to 21.

This past spring, the founder and CEO of Bumble, a popular dating, friendship and networking app, testified in front of the Texas State House and Senate about House Bill 2789, which proposed making the unsolicited sending of lewd nude images punishable by law. The bill was signed in June by Gov. Greg Abbott and officially went into effect on Sept. 1, making sending an unsolicited lewd photo a Class C misdemeanor in Texas, punishable by a fine of up to $500.

Hilltop Views spoke with Bumble’s Chief of Staff, Caroline Ellis Roche, about the bill and why the CEO, Whitney Wolfe Herd, decided to testify.

What do you think compelled Ms. Herd to testify?

When our CEO and founder came up with the idea for Bumble five years ago she saw the need for change in the antiquated rules of dating and saw how necessary it was to hold users accountable for their actions online after experiencing so much nastiness online herself. Bumble is a mission-driven company and online accountability has always been important to us.

We created Bumble with the intention of creating a platform where our users felt safe and where they would be held accountable online. This was just the obvious next step for us because we can only do so much on our own platform and we have taken so many different measures to ensure that our users feel safe.

We have a zero-tolerance policy for any bad behavior. You will be blocked from our platform forever if you behave poorly. We have thousands of moderators that are on 24/7 moderating the platform. We’ve implemented so many different safety features like verification. We were the first platform to do that.

We are actually, in the next week, launching a new feature called private detector, which uses AI to detect a lewd image. So if you are the recipient of a lewd image it will alert you and say, ‘This is potentially a lewd image. You can either block, report or accept.’”

We have been passionate and actively creating new features to hold our users accountable, but we can only do so much. Bumble is just one tool to communicate with people. There’s obviously texting and airdropping and emailing and all these other communication platforms.

Sending unsolicited lewd photos is such an epidemic. I’m sure you all have your own stories, whether that be if you guys were the recipient of one or have friends that have received one.

We polled our users and one in three women had said that they had received an unsolicited lewd photo. Other reports even claim that it’s closer to 50% or above 50%, but our users said that it was one in three — and that was in their lifetime, not necessarily on Bumble (I hope not on Bumble).

Ninety-six percent of the women that had received a lewd photo said that it made them feel really uncomfortable, flustered, etcetera. We view it as sexual harassment and not something that should just be brushed off or laughed off. Society tells us that’s how we should react, when it fact, that’s absolutely not true and it really is an epidemic. We’re really proud of this bill.

How will this bill be enforced and what steps is Bumble taking to ensure its users are both aware and adhering to it?

We really view the bill as a deterrent. The internet is the wild, wild west. Laws that we have in the physical world have not caught up to the digital world. Flashing has always been illegal, and you can get jail time. You will go to jail if you flash someone in the street, but — prior to Sept. 1 and prior to us passing this bill — why was it legal? Why were there zero repercussions? We see this bill as a deterrent in the sense of, imagine adding stop signs or speed limits to the internet. The person on the receiving end of a lewd image would have to report it? Yes. They have to report it to law enforcement and then law enforcement will open up an investigation. It would be a class C misdemeanor and up to a $500 fine.

What was the process of seeing this bill to fruition?

Whitney testified in front of the house and then testified in front of the senate. It’s incredible how we were able to get this bill passed on our first try. We were fairly late to enter the legislation process. The stats were stacked up against us in the sense of it’s really challenging to get a bill passed. So we’re really proud as Texans and as an Austin-based company that our Texas legislators saw how important this was and how big of a problem this is.

What steps are you taking to get national attention on this issue?

Well this is only the very beginning for us. We plan on taking this to the federal level. We’re exploring the state by state approach as well, exploring issues that involve online accountability across the board. We’re really proud of Texas for being the first mover on this issue, and the amount of national attention that this bill has received and the amount of inbounds that we’ve received from other states wanting to work with us and create the same legislation in their state has been incredible and just further shows that we have to keep going and we are continuing to go and do as much as we can.

Do you want Bumble to be an example to other dating / networking sites?

Absolutely, and I’m proud that we are the leaders of that right now, but we want everyone on board and we want to work with tech companies across the board.

How did the company feel overall when the bill finally became a law?

Everyone felt really proud, accomplished and excited. It’s really neat to be a part of something that’s so much bigger than what we can do and control in our day to day on Bumble.

Has there been any backlash against this law yet?

Not that I’ve noticed or seen. The support is really incredible, and actually I’ll tell you, when we were going about this process, before it was passed and a law, a lot of our state lawmakers couldn’t believe that it wasn’t already a law. People that we speak to, they’re like, “Wait… it’s not illegal to do that? That is messed up.”

What do you hope to see for the future of online dating and networking?

Our grand vision is to end misogyny and create a kinder world. And all of these steps that we are taking each day ladder up to those two items.