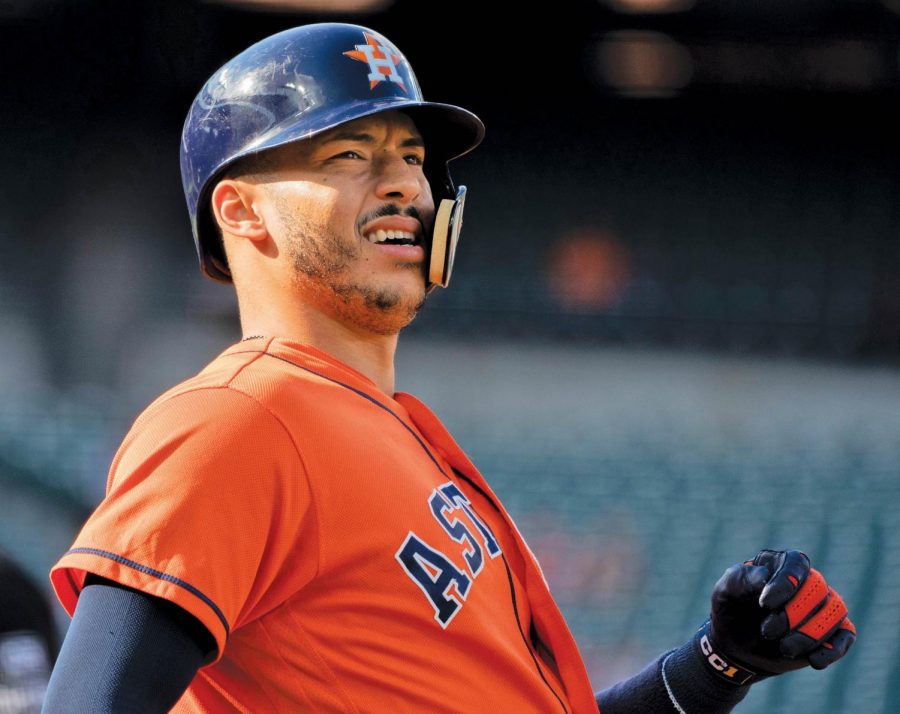 In his return to MLB action, Astros shortstop Carlos Correa is fully recovered from a back injury and ready to help Houston through playoffs.

Starting pitching has been the bread and butter of the Houston Astros this season. During the first two games of the American League Division Series, the Astros starting pitchers have dominated with stellar performances by Justin Verlander and Gerrit Cole, both of which combined to hold the Tampa Bay Rays to a mere three runs.

Last Friday, Verlander completed a seven inning shutout, surrendering only one hit. The Astros’ ace struck out eight while tossing exactly 100 pitches. Verlander walked the Rays’ lead-off batter, Austin Meadows, to start the game before retiring the next 10 consecutive batters he faced.

Meanwhile, Jose Altuve sparked the offense with a two-run home run off Rays starter Tyler Glasnow in the fifth. Houston added two more unearned runs in the same inning to pad its lead. The Astros stole three bases, taking advantage of Rays catcher Travis d’Arnaud’s inability to throw out base stealers. He has surrendered 14 stolen bases in the playoffs dating back to his tenure with the New York Mets in 2015.

After his team was defeated on Friday night, Rays manager Kevin Cash responded by simply saying, “We got Verlandered.”

The offensive struggles only continued for the Rays, as they faced Cole on Saturday for Game 2.

Cole struck out every batter in the Rays’ lineup, while only giving up four hits. He used an overpowering fastball that averaged 98 mph and showed a great feel for all of the pitches in his repertoire.

Saturday was a record-setting night for Cole. His 15 strikeouts were the most by a starting pitcher in a playoff game since 2,000 when Clemens completed 15 strikeouts as a member of the New York Yankees. He also set an Astros franchise record for strikeouts in a playoff game, along with a personal record tossing 118 pitches — the most he’s ever thrown in his Major League career.

The Astros bullpen was the weak link in the Game 2. Roberto Osuna loaded the bases in the ninth inning with no outs. The Rays’ Avisaíl Garcia grounded into a force-out that scored one run and put runners at the corners with one out. Osuna then loaded the bases again before being relieved by Will Harris. Harris eventually completed the save for the Astros.

The Astros are in control of their destiny as they travel to Tampa Bay for Game 3 of the series. Zack Greinke will take the mound against Charlie Morton in what could be the final game of this series.

The Astros will look to close out the series at Tampa Bay on Oct. 8.