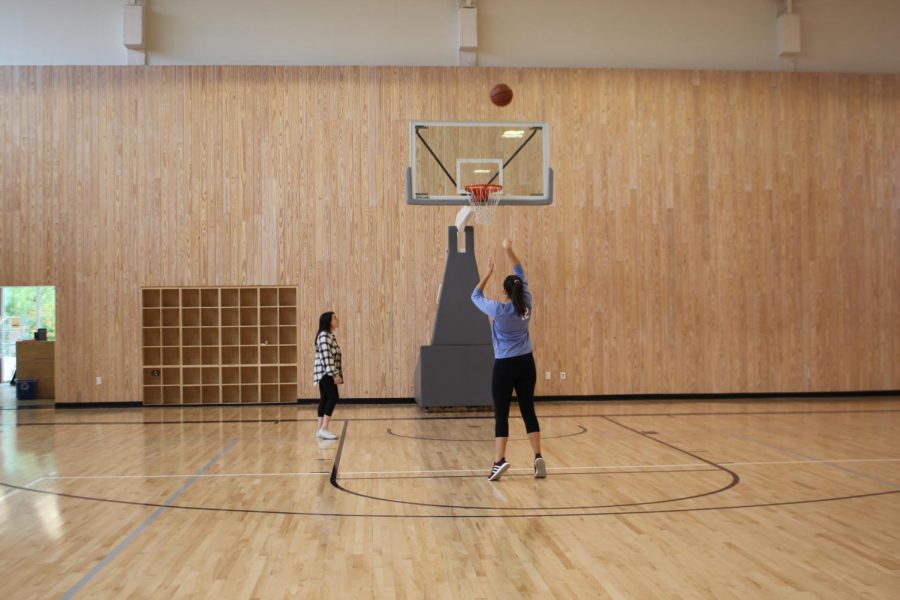 While some club sports have been around for years, some have only just recently been created and may not be so well known. From soccer to polo, from swimming to lacrosse, there are many options for St. Edward’s University students to get that athletic fix. One particular club sport is women’s club basketball.

Co-presidents Elyse Wick and Izzy Garza talked about how their love of the sport inspired them to start women’s club basketball. Wick, a freshman majoring in Biology and minoring in Education, shared her thoughts.

“Going into college, I knew academia would be first. I wanted to continue that [basketball] and was bummed that there wasn’t a club that was already set up that I could join,” Wick said. “Because I was so passionate about it and wanted this in my life St. Edward’s, I decided to try and make one.”

Garza, a freshman majoring in communication and minoring in journalism, shared her reason for starting the club.

“I wanted to continue something there for me when I went to college, and I was really surprised that there wasn’t a team already set up. So I said ‘Why not be a part of that change and start something when it’s not there for you?’”

Since starting the club, the two have faced some obstacles.

“I think the main obstacle is that, since we’re freshmen, we don’t know anyone here already and get to know girls that are interested and willing to commit to club basketball,” Wick said. “Since it’s taking a long time to get girls to commit, we are still in that phase of recruiting so that we can have a full roster.”

Wick also gave insight as to how they would recruit for their club.

“It’s not an elimination try-out process, it’s really to see who’s committed. Once we start practices, we need girls who are consistently showing up or are communicating with us at least.”

When asked about the logistics of the club, Garza provided her insight.

“So right now we’re in the process of starting [the constitution]. We want to make sure that [women] are committed to and keep themselves in check.”

Both Garza and Wick have talked about sharing the big responsibilities as co-presidents.

“I think in our role,” Wick said, “we had to divvy up the work equally and are pretty good at communicating well on our strengths and weaknesses. I know there are somethings that Izzy’s better at, so I let her take the reins and vice versa.”

When asked about why should women should play club basketball and the benefits of joining, Wick gave her thoughts to this final question.

“Because we are such a new team, girls that get the chance to join us will have a big say in what the team atmosphere is like and the basic values too,” Wick said. “I think the biggest thing that people should want to join is the consistency of always having a group of girls that is there to support each other.”