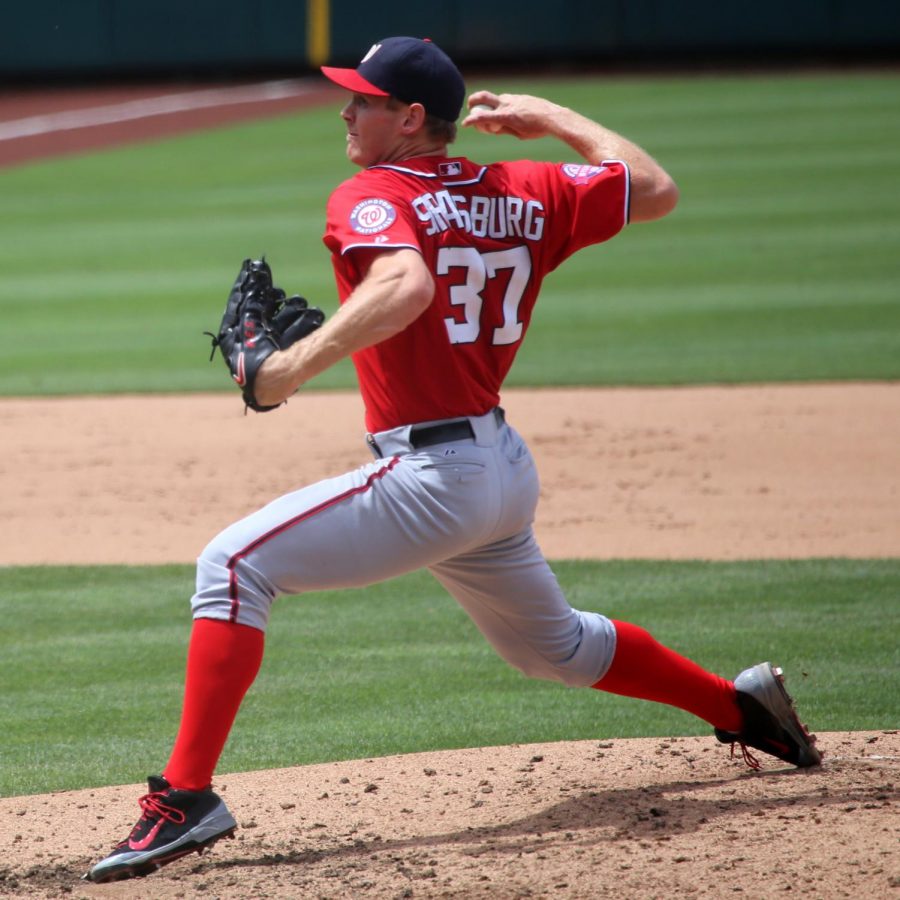 It seems only fitting that a season of so many highs would end with a raucous crash down to earth. After finishing the regular season with a league-leading 107-55 record, which included an astonishing 60-21 home record, the Houston Astros failed to muster a single home win on the stage that mattered most.

Entering the Series, the Astros were heavily favored to handily win, with many predicting a Houston victory in five or six games. The regular season stats showed an overmatched Nationals team that may have found the end of their magical postseason in the fall classic.

With Gerrit Cole, one of the league’s most dominant pitchers, taking the mound against Max Scherzer in Game 1, the Astros seemed to have the perfect recipe for an early Series lead at home. However, the stubborn Nats had other ideas, taking the game 5-4 and limiting the Astros to a paltry 3-12 with runners in scoring position.

Game 2 saw Justin Verlander on the bump against Stephen Strasburg, yet another battle of top tier aces. After each team traded blows in the first, they entered the seventh inning tied at two.

However, a Kurt Suzuki solo blast opened the floodgates, knocking Verlander out of the game and leading to the Nats hanging a six-spot in the inning. The lead eventually proved insurmountable, as the Nats cruised to a 12-3 victory in Game 2.

Against all odds, the Series shifted to Washington, D.C., with the Nationals owning a 2-0 lead. Washington had beaten arguably the best one-two punch in baseball, and now owned home-field advantage the rest of the Series. The Astros weren’t about to go quietly, though, as Zach Greinke turned in a solid start and the Astros took the game 4-1.

Games 4 and 5 looked like the Astros had rediscovered what made them so potent in the regular season as they won the games 8-1 and 7-1 respectively. The team was hitting when it needed to, and the pitching was dominant. With great starts turned in by rookie Jose Urquidy and Gerrit Cole, the Astros were suddenly on the cusp of another championship as the Series returned to Houston.

After taking a 2-1 lead to the fifth inning of game six, the Astros would surrender six unanswered runs, as Stephen Strasburg put in a magnificent performance for the Nats, forcing a decisive Game 7 that would feature Zack Greinke taking on Max Scherzer who had previously been scratched from his game five start due to neck and back spasms.

Despite a phenomenal start by Greinke and a 2-0 lead going into the seventh inning, the Nats continued to use their late-inning magic, scoring six runs in the final three innings following a bullpen meltdown by the Astros.

In the end, the Astros woes with runners in scoring position proved too much to overcome, and the Nationals won their first World Series in franchise history.

The 2019 Houston Astros were unable to put an exclamation point on one of the greatest seasons ever seen. Instead, fans can only look at the incredible regular season stats and wonder what could have been.