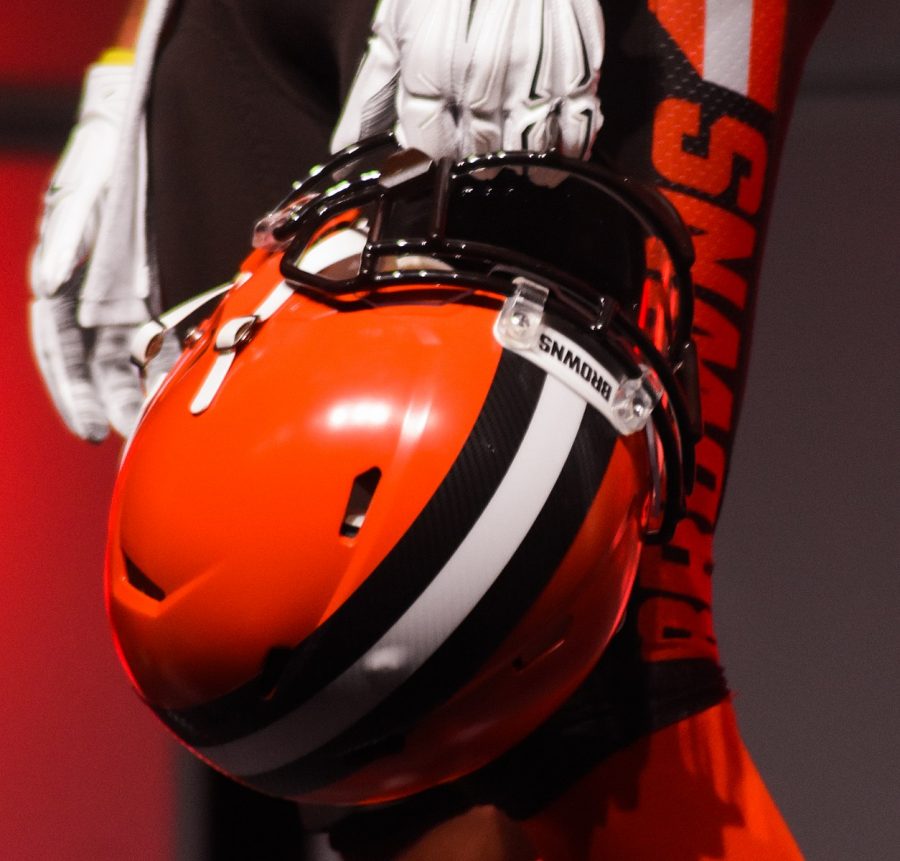 Though Myles Garrett received an indefinite suspension, Mason Rudolph will only be fined for his involvement in the TNF brawl.

Last weekend, Baltimore Ravens head coach John Harbaugh praised sophomore quarterback Lamar Jackson for his outstanding performance on the field. Video footage of a sideline conversation between Harbaugh and Jackson reveals Harbaugh addressing Jackson by saying, “You changed the game, man. You know how many kids are going to be wearing No. 8 playing quarterback?”

Yes, Myles Garrett has been suspended indefinitely. There is no place for such heinous actions in the NFL, or any professional sports league. Put aside Garrett’s actions for a bit and see the bigger picture.

Last Thursday, during the Pittsburgh Steelers’ final possession of the fourth quarter, Garrett sacked Rudolph. As Garrett’s 270 pound body laid on top of the Steelers’s quarterback, a visibly frustrated Rudolph tried to rip off the Browns defensive end’s helmet.

Rudolph failed. What he did next was immature, dirty and, quite frankly, stupid. As Rudolph lay on the floor, he kicked Garrett in the groin area.

As Steelers’ center Maurkice Pouncey dragged Garrett to his feet, Rudolph pursued Garrett and punched him in the groin area.

In my best Stephen A. Smith voice: “Mason Rudolph, what on Earth are you doing fighting a man that is approximately twice your size? Don’t you know what that little skirmish could have led to? Brother, this isn’t college anymore. That tough guy act could have taken your life.”

Why did Rudolph resort to such actions?

Rudolph is immature. Rudolph failed miserably and was embarrassed by the Browns’ defense on national television. The rookie quarterback threw four costly interceptions and his offense was held to seven points — a terrible offensive night.

Failure is a part of sports. It is bound to happen. It is how a player reacts to failure that determines their resilience and mental toughness. Yet, Rudolph crumbled under the bright lights. He decided to take out his frustration on Garrett.

Rudolph is a coward. During a football game, adrenaline is high, emotions run deep and the competition is intense. But under no circumstances, even outside of the gridiron, is it okay for a man to kick another man in the groin area during a fight.

Yes, Garrett is twice the size of Rudolph. If Rudolph wished to fight Garrett, which wouldn’t have been a smart choice, he should have fought him like a man without any cheap shots.

At 5-5, the Steelers are in second place in the AFC North and still in the hunt for the AFC playoffs. After Rudolph, the Steelers don’t have much depth at quarterback. The Steelers have already lost starting quarterback Ben Roethlisberger to injury for the season.

Rudolph put the Steelers’ season in jeopardy when he decided to pursue Garrett. Sorry Steelers fans, but your playoff hopes would have vanished if Rudolph was injured. If anything, Steeler Nation should be frustrated at Rudolph for exposing himself to severe injury.

When did we ever see Peyton Manning grab a defender’s mask after being sacked? Never. Former Colts quarterback Andrew Luck even congratulated defensive players when they sacked him.

When has the greatest quarterback of all time, Tom Brady, punched and kicked a defender in the groin for sacking him? Never.

Rudolph’s immature actions are uncharacteristic of an NFL starting quarterback. How many kids playing quarterback around America will now think that it’s okay to kick a defensive player in the groin after a sack?