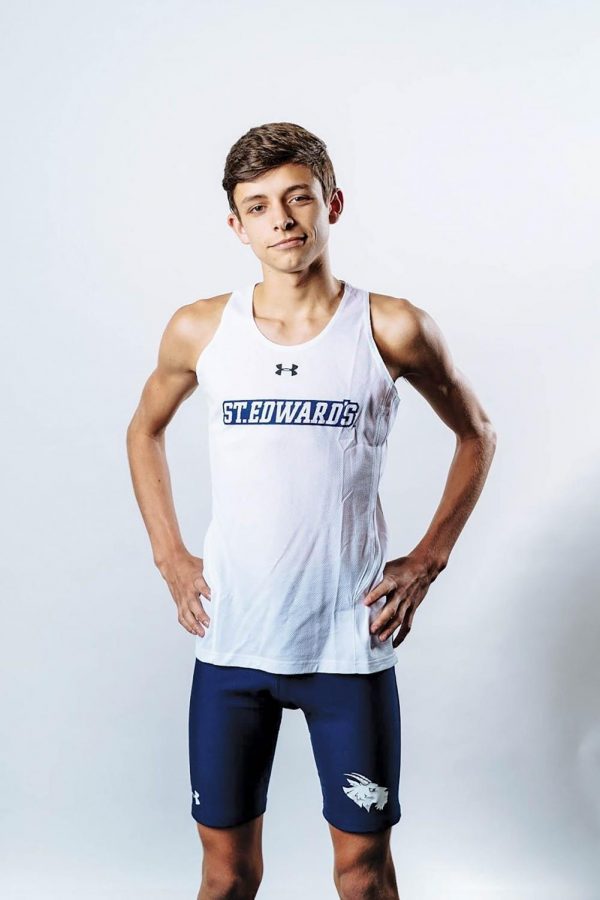 Freshman cross country runner Jacob Hughey made SEU history this fall as he became the first student-athlete to earn All-Conference Performer for his impressive finish at the conference championship.

Despite being a freshman, Hughey has helped in leading the team this season and now writes his name in the history books.

The Lone Star Conference is a collegiate athletic conference affiliated with the NCAA Division II level. All-Conference honors are given to runners who finish among the top-15 individually at the conference meet.

Hughey had his mind set on the All-Conference all season. After running a time of  26:10.10 around the 8,000-meter course, he says he is determined to make the most of his time at St. Edward’s and earn more achievements along the way.

“It just came down to putting it all together on the right day,’’ Hughey said.

This is Hughey’s first season with the men’s cross country team on the Hilltop and, so far, he has exceeded expectations.

Hughey has clocked in a personal record of 26:06 on the 8k. The next goal for the freshman cross country runner is working towards the regional meet.

“I’m not really sure how it will go,” Hughey said.  “It’s going to be my first 10k ever, so it’ll definitely be something completely new to me.”

Hughey has had challenging moments just like any other athlete, but says you just have to know how to get through it. His strategy for overcoming challenges is having a good mindset and holding onto it.

“As with most athletes, I have been injured a time or two. But what I’ve found to really matter is knowing what you want and just pushing yourself to get there, no matter the obstacles in your way,” he said.

Not only has Hughey made his mark on the team, but he has made a good impression on his teammates, including freshman cross country runner Sebastian Koran.

Koran says that Hughey has been a great addition to the team and his natural talent and work ethic make his skill set that much more useful.

“He’s always a hard worker at practice and never complains about anything,” Koran said. “He’s a natural athlete and was built for the sport. Even though he knows he’s faster than all of us and could get away with putting us down, he’s a great friend and gives out mutual respect to everyone.”

Hughey and the rest of the Hilltoppers placed 21st overall in the 27-team field at the NCAA South Central Regional meet earlier this month.