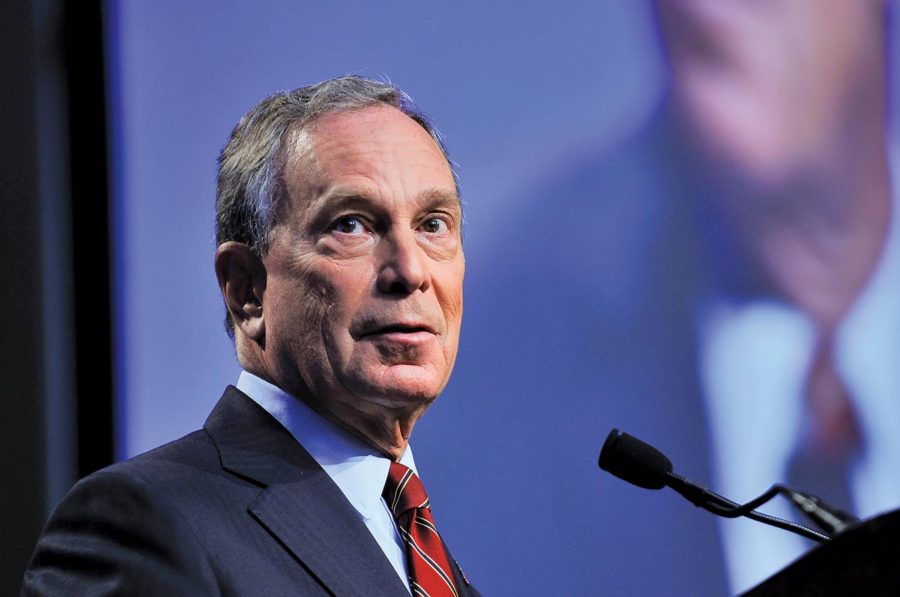 Mr. Bloomberg, the former New York City mayor and billionaire businessman, had been privately weighing a bid for the White House for weeks, according to The New York Times. His announcement brought a mix of support and controversy.

The Democrats’ crowded field of presidential candidates became a little more crowded in the last two weeks. Michael Bloomberg, billionaire and former mayor of New York, and Deval Patrick, former Governor of Massachusetts, announced that they would join the field in fighting for the presidential candidacy. Just what democrats need — more candidates to waste their time. Nevermind that Bloomberg is not even a real Democrat, having run as a Republican for the city of New York.

Both newcomers have dipped their toes in the presidential race due to the recent polls. The polls show a significant lead in favor of the more liberal and progressive senator Elizabeth Warren against the more moderate vice president Joe Biden. Warren (D-Mass) and Senator Bernie Sanders (I-Ver) have been actively campaigning against billionaires. Sanders, in particular, has gone further, stating that “billionaires shouldn’t exist.” These two leading candidates have stirred voters and their sentiments towards billionaires and multi-millionaires.

American voters are not alone in this sentiment. Around the world, people become angrier and angrier at the wealth inequality. Perhaps the sign that best exemplifies the displeasure towards the current economic system is one shown in the Chilean protest stating, “We are not left or right, we are the ones at the bottom, and we are coming for those on top.”

Bloomberg is a symptom of the broken political and social system in which we live in. Bloomberg and Tom Steyer are a continuation of the shameless billionaires and one-percenters who think that because of their massive wealth they have the right to rule over the rest of Americans. Just look at the current occupant of the White House: An inexperienced, moronic and blatantly corrupt human being whose only “qualification” was that he is a billionaire. Look how that is turning out now.

We need a president who knows what they are doing and is able to navigate the complicated political landscape with ease.

If these billionaires really cared about our society, they would support their workers, they would pay their fair share of taxes, they wouldn’t be hoarding all their wealth while their workers die from heart attacks and are not taken care of until half an hour later.

If these billionaires really cared about our institutions, they would support candidates like Amy McGarth, a former Marine fighter pilot. McGarth is running against Mitch McConnell, the “grim reaper” of democracy and arguably the biggest barrier between Democrats and the path for progressive policies. They could also support one of the many Democrats running against Devin Nunes, a man most notably known for suing a fake cow. Billionaires that have a “progressive” mindset are not needed on the presidential debate stage. They are needed in supporting elections in Congress.