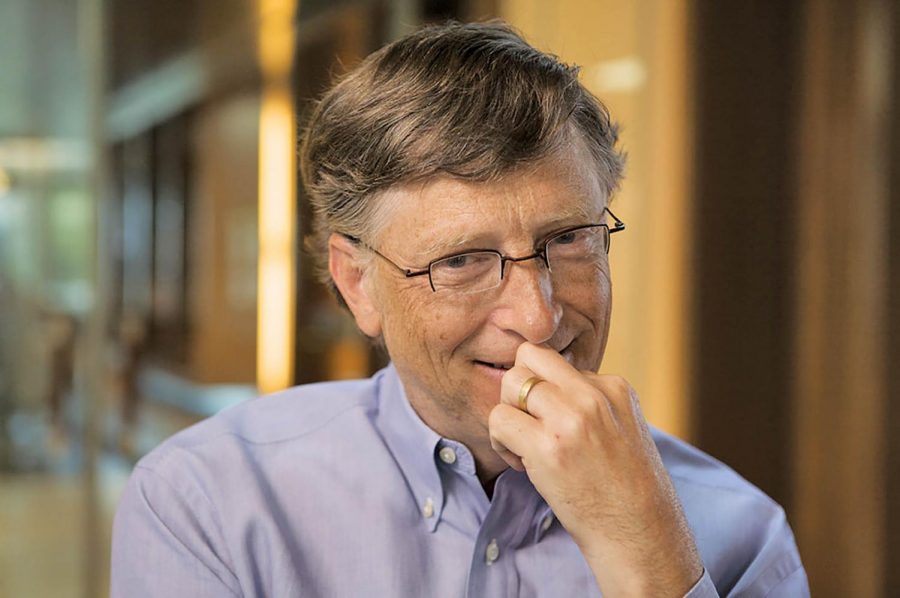 Jeff Bezos, Bill Gates, and Warren Buffet - the three richest Americans - own as much wealth as the bottom 50% of the U.S. population, which is about 160 million people, according to Business Insider.

This year on The Forbes 400, a list of the 400 richest people in America, not a single person has a net worth of under two billion dollars. These billionaires range from the self-made to those who inherited large corporations and businesses, the youngest of which is 29 and the oldest being 96. Members of this exclusive list range in industries from agriculture and oil, to the service and goods, to media and tech. The Forbes 400 is the perfect example of growing wealth inequality in America.

While members may give money to charity and organizations that do good for the world,  the growing problem remains that more and more of the money they have is sitting in a bank account,  unused and for the foreseeable future.

If you go to neal.fun, you can play a game that lets you spend all of Bill Gates’ $90 billion net worth. You could buy the whole NFL, a MLB team, two NBA teams, the Mona Lisa, five mansions, 10 townhomes, a yacht, a pizza shop, a fleet of 10 Ferraris, five Lamborghinis, five helicopters, 20 Teslas,  a monster truck, a smartphone and Rolex for me and my extended family, three gaming consoles, seven designer handbags, a cruise ship, five-passenger jets, a bar, a beach house and 30 4K TVs with this amount of money. And after that purchase, you’d still have $9.25 billion left to play with.

Members of The Forbes 400 don’t need these large paychecks when we have people living in extreme poverty all over the world. Yes, giving to charity is great, but what about investing back into the employees that helped you make it onto that list?

There is no reason for the top 1% to be sitting on so much money. There is no way anyone  needs that much for “rainy day expenses.” People with that much money don’t have to save in case something goes wrong. They have more than enough to repair or even replace without sweating dime, while others struggle with the tough decision of either buying food for their family or putting a roof over their heads.

The growing wealth inequality can be addressed if CEOs make the active decision to raise the minimum wage to a working wage for their companies salaries of those who work in middle management positions can also be increased.

CEOs have the power to change the hourly wage of their employees to a living wage. I’m not here advocating that CEOs should take a huge pay cut or be taxed any more than they already are. What we need to do is have the minimum wage grow with the rate of inflation. According to Pew Research Center, if we look at the minimum wage adjusted for inflation, it peaked at $8.68 in 1968. It has slowly declined since then.

This new federal minimum wage is too little to late. CEOs around the country are going to have to push their minimum wages up themselves while congress drags their feet on one of the most important economic issues in this country. I believe in the American Dream. Being able to work towards getting on The Forbes 400 is a right by all people, but currently, no one can achieve this dream except for those already there.