Thanksgiving games should include best teams, not traditional duo 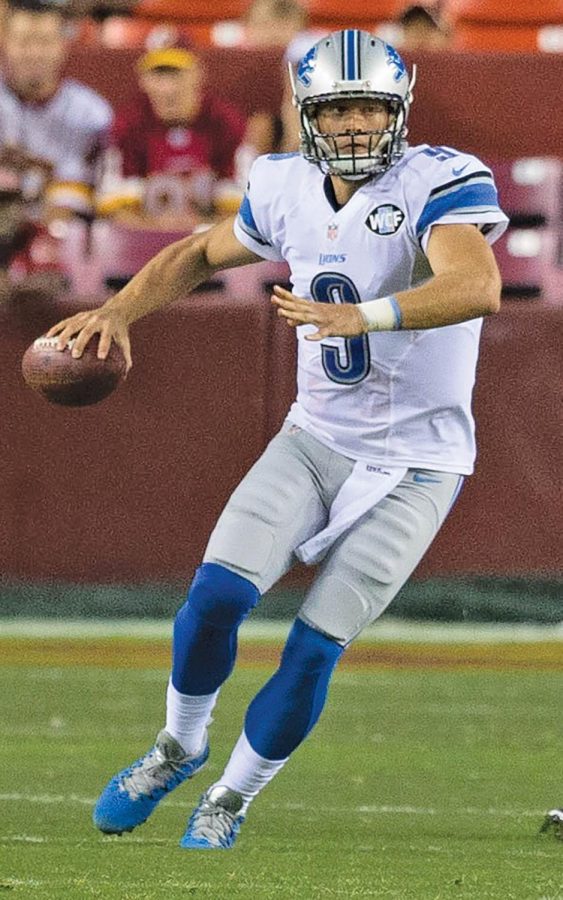 Despite having an all-time 37-41-2 Thanksgiving day record, the Detroit Lions have consistently appeared in the annual games.

According to CBS, 31 of the 32 NFL teams have played on Thanksgiving night, except the Jacksonville Jaguars. Two NFL teams are always scheduled for Thanksgiving: the Cowboys and the Lions.

“America’s Team” has played on every Thanksgiving except for 1975 and 1977. According to CBS, the Cowboys’ Thanksgiving tradition began in 1966 when general manager Tex Schramm signed the team up to play to gain more national publicity. Schramm’s experiment worked, and the Cowboys had record-shattering crowds at the Cotton Bowl.

However, I do have an issue with another team playing every year: the Detroit Lions.

According to the Pro Football Hall of Fame, in 1934, local radio executive and owner of the Detroit Lions George A. Richards noticed that his team was less favored than their MLB counterparts, the Detroit Tigers.

Therefore, he set up a 94 station network to broadcast the Lions’ Thanksgiving matchup against the Chicago Bears. Richards’ plan succeeded and the Lions have played every Thanksgiving except for a six-year gap between 1939 and 1944.

After their loss on Thursday, the Lions were officially eliminated from playoff contention. With an all-time Thanksgiving record of 37-41-2, the Lions have been highly unsuccessful on this national holiday.

It’s time for the Lions to take a break from Thanksgiving. The franchise needs to regroup and find a way to put together a winning team. Another six-year hiatus should do the trick.

Honoring traditions is important. However, it’s time for the NFL to start new traditions on Thanksgiving. The game has evolved; new, young stars have risen and Americans want and need to be entertained. The Detroit Lions are not exciting or entertaining. In fact, the franchise has become synonymous with loss and disappointment.

So what’s the solution?

According to Forbes, the Cowboys are the most popular team and, therefore, must play on Thanksgiving. However, the other five teams should be determined by the following factors: popularity and amount of star players on a roster.

Thanksgiving is a national showcase. The NFL should want to schedule its best teams.

After the Cowboys, the most popular teams in the United States per Forbes are the New England Patriots, New York Giants, Los Angeles Rams and San Francisco 49ers.

Let’s not forget about Patrick Mahomes’ Kansas City Chiefs and Russell Wilson’s Seattle Seahawks. Aside from the Giants, every team mentioned has a winning record in 2019.

According to The Players’ Tribune, San Francisco 49ers cornerback Richard Sherman described Thursday Night Football games as “ludicrous and hypocritical.” Therefore, to provide the best spectacle on national television, the NFL should grant a bye to teams for the Sunday before Thanksgiving.