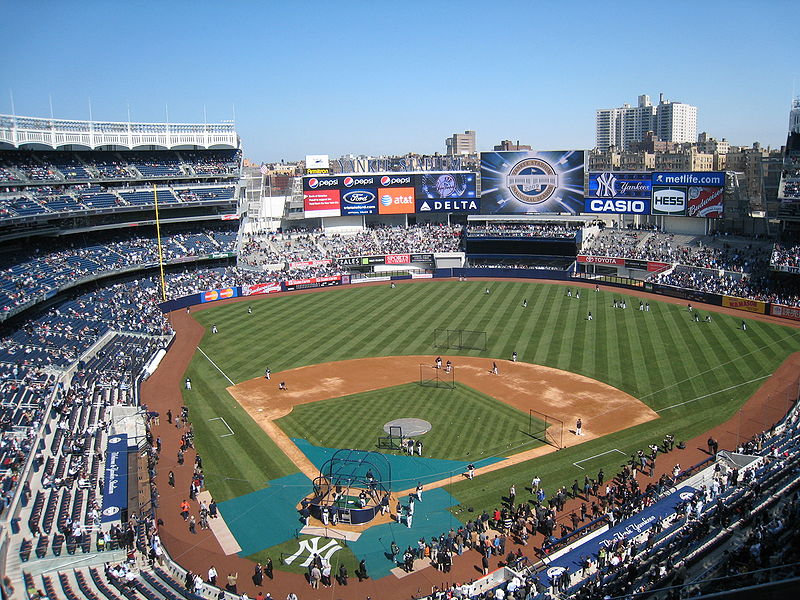 Since the franchise’s inception in 1901, the New York Yankees has never had a full-time female member of coaching staff. With Rachel Balkovec’s hiring, the Yankees followed the lead of the Chicago Cubs.

On Feb. 1, the New York Yankees’ coaching staff will report to Spring Training in Tampa, Fl. Among those reporting to Tampa will be the Yankees’ new Minor League hitting coach, Rachel Balkovec.

According to The New York Times, Balkovec, 32, is believed to be the first woman hired as a full-time hitting coach by an MLB organization. However, she isn’t the only woman coaching in professional baseball.

On Nov. 22, the Chicago Cubs hired Rachel Folden to lead their hitting lab for their rookie ball affiliate in Arizona, per USA Today.

Balkovec’s hiring brings a new dynamic to the Yankees organization, a team usually known for honoring tradition. Balkovec speaks Spanish, which can help her communicate with Latin American players in the minors. Most importantly, Balkovec is experienced.

Balkovec’s hiring is not a publicity stunt. Aside from her experience in the minors, Balkovec owns two master’s degrees in the science of human movement, according to  The New York Times. Also, she has a good working relationship with Lawson.

Networking is important, even in baseball. It’s not always about how much you know, even though Balkovec is pretty knowledgeable, but who you know. According to The New York Times, Balkovec and Lawson met in 2016 when both were working with the Astros.

It’s important to have synergy in a working environment, especially when Lawson is trying to redefine the offensive philosophy of an organization. According to The Athletic, Lawson is part of a new wave of coaches that are “data driven,” relying heavily on analytics.

Traditionally, baseball players have considered analytics taboo, often claiming that it can lead to “paralysis by analysis” or overthinking. Legendary Yankee catcher Yogi Berra once said, “You can’t think and hit at the same time.”

However, Lawson has extensive knowledge in a unique department: pitch recognition. With the introduction of a new concept, a learning curve appears and many players may reject that new concept.

What is the philosophy that Balkovec will help implement into players? Hit strikes hard, per The Athletic.

With her background and skillset, Balkovec should experience minimal trouble while instructing the Yankees Minor League players. Yet, some may refuse instructions from a woman. If that is the case, Balkovec is backed by Lawson who is backed by the Yankees organization.