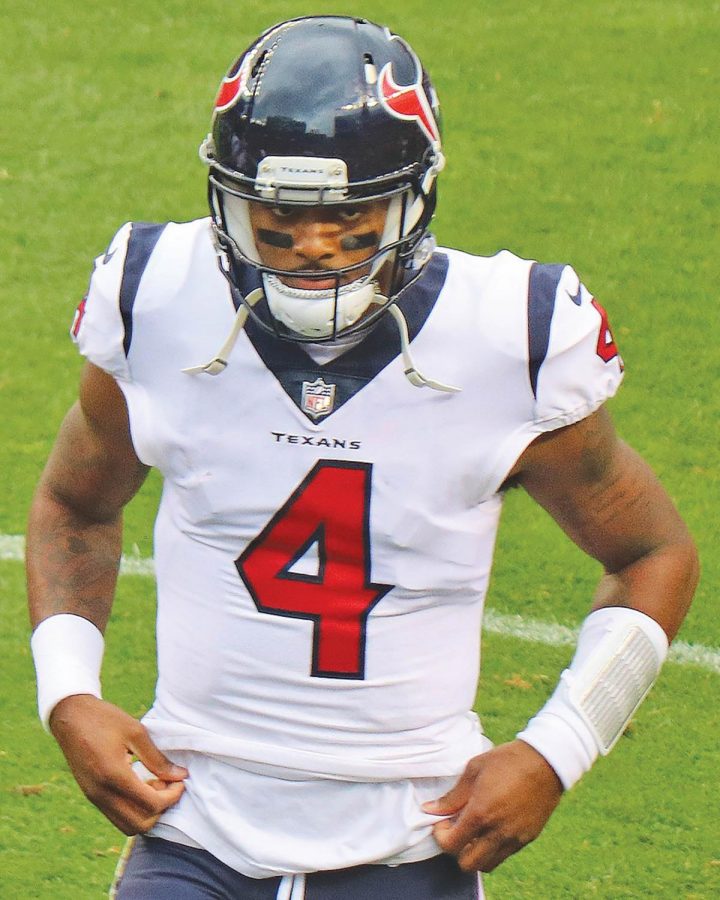 Texans quarterback Deshaun Watson is only the second quarterback this season to defeat the 10-2 Patriots. With an 8-4 record, Watson is leading the Texans to the top of the AFC South.

It has been a season of highs and lows for both Texas football franchises. However, one has kept the ship afloat on their way to the playoffs, while the other looks like the most mediocre dumpster fire to ever grace the eyes of the American public that will somehow still probably win their division.

In Houston, the Texans were sitting pretty as November started, sporting a respectable 6-3 record after dismantling the Jaguars on the third leading into their much-needed bye week. Typically, teams will either come out of their bye week better prepared for the next game, or they will be sluggish and lackadaisical come game time.

Unfortunately for the Texans, the latter was the case.

Houston had a free week of preparation to face probable league MVP Lamar Jackson and the Ravens and ended up laying an egg, resulting in a devastating 41-7 loss. While the team seemed to take a major step back at a time where the expected AFC hierarchy is more questioned than ever, the team didn’t let the loss get to them and won a tough division game against the Indianapolis Colts the very next week. That win was followed up by a decisive victory over the New England Patriots, bringing their record to 8-4.

Behind the continued brilliance of Deshaun Watson and DeAndre Hopkins, along with Bill O’Brien coaching like his life depends on it, the Texans have elevated themselves to the top of the AFC totem pole. Neither the Patriots nor the Chiefs have lived up to their billing as the unbeatable teams they appeared to be early in the season. This is the best chance for the Texans to make a deep playoff run.

Over in Dallas, the only question on every fan’s mind is, “Why must you hurt me so?”

It seems that any time the Cowboys do something to give fans hope, they proceed to do something so utterly frustrating it makes you wonder why you even watch football.

After starting the season 3-0, the Cowboys ended dropping all the way back down to 3-3, which included loss to the then winless Jets. However, they responded by beating up on their division rival, and closest competition, the Philadelphia Eagles 37-10 in Week 7.

As stated earlier, anytime the Cowboys give you hope, you have to take it with a grain of salt. The ‘Boys givith, the ‘Boys taketh away. The Cowboys would go on to win two of their next five games, with those wins coming against the Giants (oof) and the Lions (big oof).

Despite playing close games to the Patriots and the Vikings, the team didn’t do much to inspire confidence in them. All of that came to a head-on Thanksgiving when the Cowboys were slaughtered like turkeys by the Bills on national television.

After their Thanksgiving embarrassment, the Cowboys reside at 6-6 with four games remaining. Despite still having the division in pretty good hands because the Eagles have been underperforming, it’s hard to picture the Cowboys being able to hold up in the playoffs.

Dallas will be one and done in the playoffs, and Jason Garrett will not be coaching the Cowboys come next season.