COMMENTARY: Tennis community rallies together for Australian Open amid a wildfire crisis 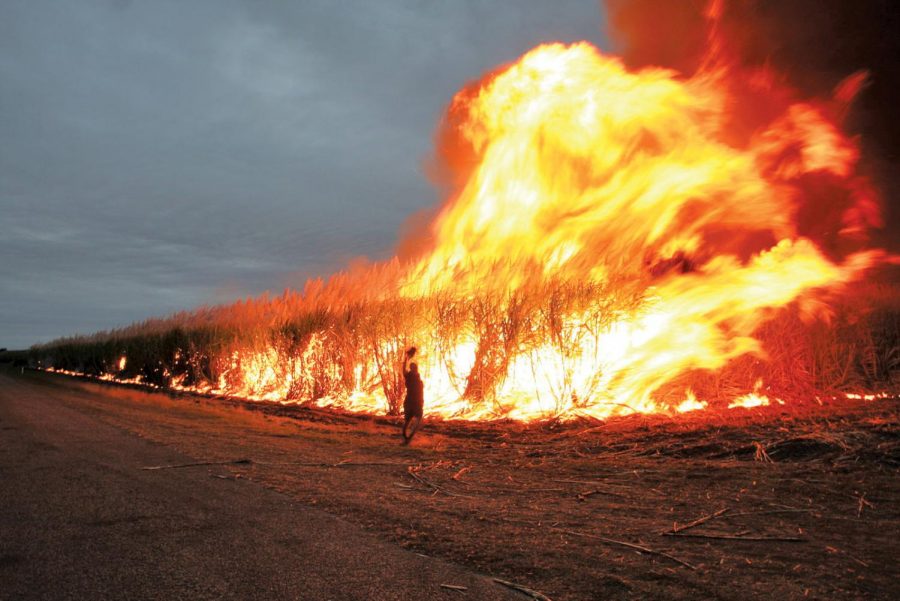 The Australian Open started last week, amid concerns of poor air quality as well as player and spectator health concerns.

The Australian Open usually signals the start of the 2020 tennis season. This year, it takes place during a nationwide crisis. Wildfires have laid waste to some of the Australian countryside and resulted in numerous deaths, including three U.S. firefighters who died in an accident on Jan. 23.

The resulting poor air quality has raised concern for the health of players and spectators.

On the first day of men’s and women’s qualifying, Jan. 13, the City of Melbourne tweeted that the air quality was hazardous and advised people to “stay indoors, keep windows and doors shut, and keep pets inside.” Regardless of the dangers, the tournament proceeded after a brief practice delay. Later the same day, Slovenian player Dalila Jakupovic broke into a coughing fit and was forced to retire from her match, despite being a set up against her opponent.

The directors of the Australian Open said that play would be suspended if the levels of microscopic particulate pollution exceeded 200 micrograms per cubic meter, a standard that the United States Environmental Protection Agency defines as “very unhealthy.” However, after rain covered Melbourne on Wednesday, there have been no significant issues or withdrawals due to the air quality.

Instead, this year’s Australian Open has largely been a story of generosity—the tennis community has rallied together to raise money and awareness for the bushfire crisis. Several of the biggest stars in tennis gathered together at Rod Laver Arena before the tournament began. Players such as Serena Williams, Roger Federer, Novak Djokovic, Rafael Nadal and Australia’s highest-ranking player Nick Kyrgios took part in the Rally for Relief charity event, raising over $3.5 million to support those affected by wildfires.

Kyrgios, who is known for his lackadaisical nature, showed a compassionate side rarely seen before. The crisis, he said, has given him a different perspective.

“If you get down to it, people are losing their families and homes. It’s not easy to just completely switch your concentration on the Australian Open—‘How is your forehand going today?’—when you put it in perspective.”

After Kyrgios’ first-round match, tennis great John McEnroe joined him for an on-court interview. “From this point forward,” McEnroe told Kyrgios, “I want to donate $1,000 to the Bushfire Relief Fund for every set you win [throughout the tournament].”

The gesture once again choked up Kyrgios, who left the court speechless shortly after. In another first-round interview, German tennis player Alexander Zverev announced that he would donate $10,000 for every match that he wins, and—if he wins the title—all of his prize money.

Despite the hardships that Australia has faced in the past few months, the tournament has brought an air of optimism. And if the remaining week is anything like the previous ones, there is the promise that more generosity from the tennis community will soon follow.