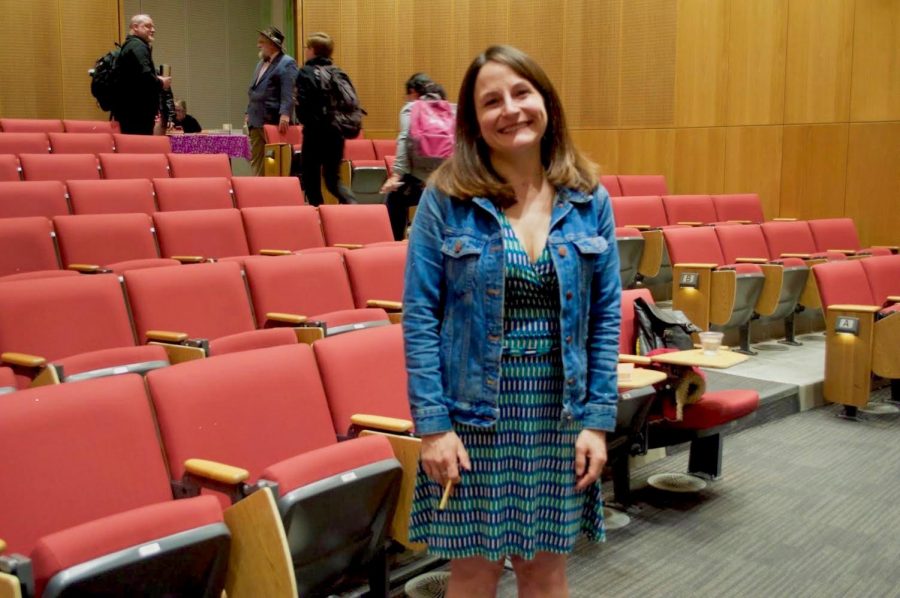 In 2009, Russell was named a five under 35 honoree by the National Book Foundation. “Orange World and Other Stories” was released on May 14, 2019 and is her fifth collection of writing to be published.

Immersing readers into vivid, outlandish worlds while remaining grounded in the mockery of reality is a feat special to the well-accoladed Karen Russell. She is a Pulitzer Prize Finalist for her 2011 novel “Swamplandia!” and winner of the 2012 and 2018 National Magazine Award.

On Feb. 13, Russell attended The Marcia Kinsey Visiting Writer Series for her 2019 collection of short stories “Orange World and Other Stories.”

“Orange World and Other Stories,” similar to previous works, takes on the form of modern magical realism, defined as a blend of fantasy elements within a modern story. For Russell, this is the core of her craft since real settings are a major influence on her stories’ plots and characters.

“I will start with the setting [by] sculpting around the peripheral place, or getting the sense of who would live here and what would they hope for,” Russell said. “I don’t think they’re quite separable — character and setting.”

In true Valentine’s Day spirit, Russell read one of her short stories titled “Bog Girl,” a horror-laced romance tale about 15-year-old Cillian falling in love with the girl of his dreams, who happens to be a 2,000-year-old bog girl. Bog bodies are corpses that have endured mummification in bogs, which is an ecosystem similar to swamps, typically found in Northeastern Europe.

“I [went] to a museum in Dublin, and there’s something so completely sorrowful about looking at this very serene smile on the face of this ancient body, but if you look down, there’s this noose around the neck,” Russell said.

Her seamless transitions from surrealism to realism, as well as mixing in humor amidst unsettling atmospheres, creates a balance that is both envied by aspiring writers and appreciated by critics. However, like most writers, Russell’s writing isn’t initially as perfect as it may seem while reading the final product.

“I feel like a lot of the revision process for me is tuning up those rhythms,” Russell said. “There’s really these overlapping time zones in everyone’s bodies all the time, so finding some way to represent that when we’re committed to our language is a tricky task.”

Russell currently works for Texas State University as the Endowed Chair for the 2017-2020 MFA program. Her ability to convey recurring themes without being repetitive and remaining original each time is now taught to future writers in workshops, readings, master classes and panels.  Literature is all about exploration of the imagination, and Russell’s work displays the full extent that the imagination can go when unbound.