Women’s History Month: 10 women who paved the way for females in Texas politics 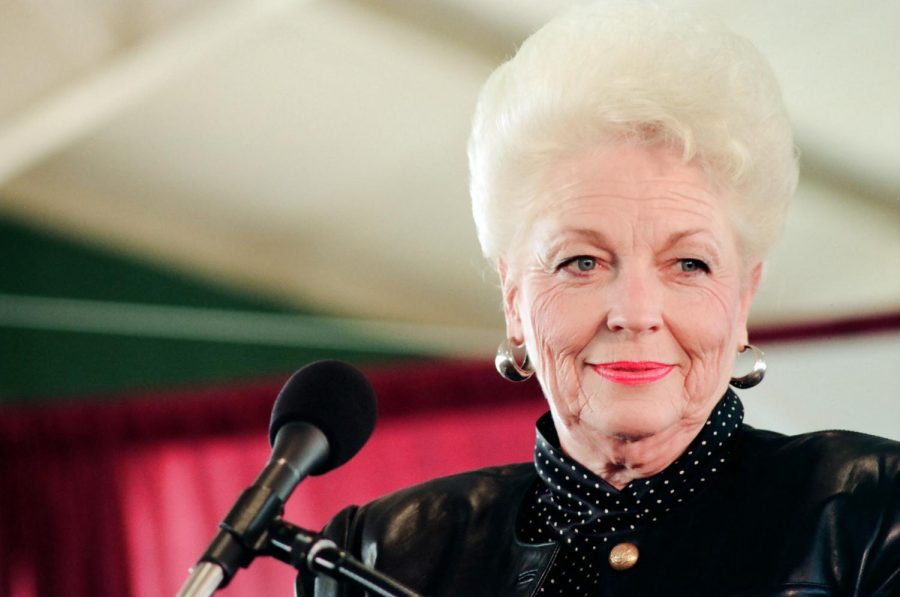 March is Women’s History Month, and what better way to celebrate than honoring 10 influential women. From the first female judge to those who stepped up during times of war, these Texans inspired girls all over to speak up in their governments and take action.

Born in New Waverly, Texas, Minnie Fisher Cunningham started off as a pharmacist in Huntsville. She soon realized her male colleagues made twice as much as she. With her efforts as president of the Galveston Equal Suffrage Association, she eventually helped women across Texas win the 1918 primaries, eventually gaining full rights in 1920. From there, she played a role in founding the National League of Women Voters and became the first Texan female to run for the U.S. Senate.

Although not from Texas, Baltimore lawyer Sarah T. Hughes got here as fast as she could. With her “ambition to do something for the state,” as she put it, Hughes persevered to find her place when no law firm would hire a female. As Texas’ first female judge, Hughes served on the 14th District Court of Dallas and was a vital component in passing the 1954 amendment allowing females to serve as jurors. After serving six terms on the Texas bench, President John F. Kennedy appointed her as the first female district judge in the state. Hughes also administered the oath of office to Lyndon Johnson aboard Air Force One after Kennedy’s death.

From Bell County, Texas, Miriam “Ma” Ferguson planned on raising a family alongside her husband, Jim, governor of Texas. History had something else in mind for Ferguson as she would become the first female governor of Texas, cleaning up the misapplication of public funds caused by her husband. She lost her re-election, and then ran six years later, regaining her position. Although her husband, known as “Pa,” helped her run the works, “Ma” left quite the impact on the state, as it wouldn’t be another 60 years until Texas would see another female governor.

Broadening her husband’s views on politics through debate, Lera Millard Thomas, a Nacogdoches native, was more than prepared to be Texas’ first female congresswoman. When Thomas’ husband, Albert, died of cancer, Houston district democratic leaders asked her to run for his seat. Commuting back and forth from Washington D.C., where she raised her children, and back to Houston, Thomas became familiar with politics state and nation-wide. During her year in office, she served on the Merchant Marine and Fisheries Committee, funding the expansion of the Ship Channel. After her term, Thomas served as the main mode of communication between the Houston Chronicle and military in Vietnam.

Born in Killeen, Texas, Oveta Culp Hobby received a law degree from UT Austin before serving as the state legislative parliamentary. During World War II, Hobby formed a women’s support section for the Army and recruited more than 150,000 women to serve in the Women’s Army Auxiliary Corps, where she served as First Director. In 1953, President Eisenhower then asked her to lead the Department of Health, Education and Welfare which she organized. Her words, “Women who stepped up were measured as citizens of the nation, not as women. This was a people’s war, and everyone was in it,” continue to stick with her legacy.

Claudia “Lady Bird” Johnson was more than a “president’s wife”. From Karnack, Texas, Lady Bird paid homage to her state by founding the National Wildflower Research Center in Austin. She managed many of the behind-the-scenes works for her husband. From running his congressional office, to handling political problems and working first-hand with visiting constituents, Lady Bird had a large role to play. A big supporter of her husband, Lady Bird was the only female present and biggest supporter when LBJ signed the Civil Rights Act.

From Arizona, Lucy Acosta made her mark in Texas as a Mexican-American activist with the League of United Latin American Citizens. While living in El Paso, Acosta co-founded Project Amistad, a flagship program that assisted the elderly in her city. After passing her bar exam, she became the first woman in history to be appointed to the 17th District Bar Association of Law Examiners and serve on the Texas Advisory Committee. “Lucy Acosta Way ” is the name of the street which honors her for her work in her hometown, El Paso.

Anne Armstrong, a NOLA native, came to Texas after graduating from Vassar College as a journalist. Marrying a Texas cattle-rancher, Tobin Armstrong, she became involved with the Republican Party, making her way up to Co-Chairman of the Republican National Committee. She has gone down in history as the first woman to deliver a keynote address at the Republican National Convention as well as Counselor to the President. From there, she was appointed by U.S. President Ford as U.S. Ambassador to Great Britain. With all of her accomplishments, Armstrong received the Presidential Medal of Freedom from President Reagan.

Born in Houston and died in Austin, Barbara Jordan went the extra mile when it came to equality and representation. As a leader of the Civil Rights Movement, Jordan became the first African American to be elected to the state senate, and the first Southern African American woman in the U.S. House of Representatives. Most notably remembered is Jordan’s speech given during President Nixon’s impeachment hearings. “If the society allows wrongs to go unchallenged, the impression is that those wrongs have the approval of the majority.” A recipient of the Presidential Medal of Freedom and the Peabody Awards from the Board of Jurors, Jordan is a historical pioneer of immigration reform.

The 45th Governor of Texas, democrat Ann Richards was the second female governor of Texas, following Minnie Ferguson. This feisty politician is the “daughter of Texas.” Richards was publicized in the media as feminist and known for her comments. However, Richards isn’t only remembered for being the female governor; she also spoke up for minority groups. Her goal was to create a “New Texas” which fairly represented women, lesbians, and gay men.

These women may be gone, but their lasting impression on the Great State of Texas  will remain for all girls to know they too can make a difference in their communities.