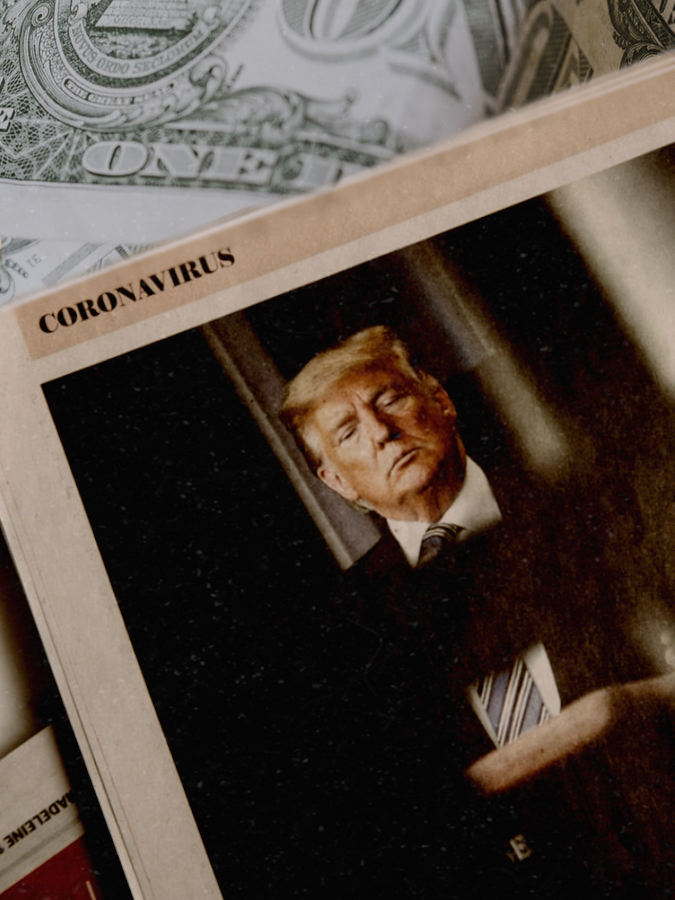 There was a closeup of Trump's notes circulating Twitter. Trump crossed out "Corona" and replaced it with "Chinese" Virus as he spoke with his coronavirus task force at the White House on March 19.

It has been several months since news first broke about the coronavirus. Since then, we have seen the number of cases, especially in the U.S., growing at an alarming rate. Throughout the past few weeks, we have seen many people wisely practicing social distancing and staying inside in order to prevent the spread any further. Although many have taken this time to pick up a new hobby or establish a routine in quarantine, President Donald Trump has taken this time to give COVID-19 the nickname, “the Chinese virus,” which is both racist and unproductive.

Trump has been called out on the highly insensitive nickname multiple times on social media and in-person during a press conference. He was asked to reconsider his words and think about the people he is offending. Trump, however, did not consider the offense thousands of people have taken and continues to use the nickname.

“It’s not racist at all,” Trump said during the White House press conference. “It comes from China.”

Since Trump decided to stand by his nickname for COVID-19, there has been an increase in acts of racially charged violence towards Asian-Americans. It seems that Trump’s nickname has given the blame for the entire virus to China and many Americans have disgustingly decided to turn the blame on China as well.

Due to this hasty conclusion, many Asian-Americans are being harassed and blamed for something they did not cause on a daily basis, leaving them scared and paranoid about what might come next as the spread of the virus continues.

Trump’s refusal to stop calling the virus by his nickname is fueling uninformed Americans with the idea that China is the reason that this virus has spread. This is not true and has resulted in a lot of racial tension.

There could be many ways that the virus has spread so fast, but in reality, we should be focusing on how to stop the spread instead of forcing blame on an entire country and/or group of people for something they had no control over.

Around the world, there has been a call to action for people to stay inside their houses and limit interactions with the outside world. Due to this enforcement, China has seen a slow decrease in the number of cases since January.

As the President of the United States, Trump is speaking for our entire nation. When he openly makes racist remarks, he is painting all Americans as ignorant racists.

In calling the virus “the Chinese virus,” he has placed blame on China and given other Americans the idea that they are allowed to act out against anyone with Chinese heritage. It is highly insensitive and appalling that people will go out of their way to be racist against people who have done nothing wrong instead of informing themselves on the virus and how to prevent it.

Instead of asserting blame, Americans should focus on how to prevent the spread any further, staying inside and properly washing their hands. This is a stressful time for everyone and now, more than ever, we need to be considerate and patient.