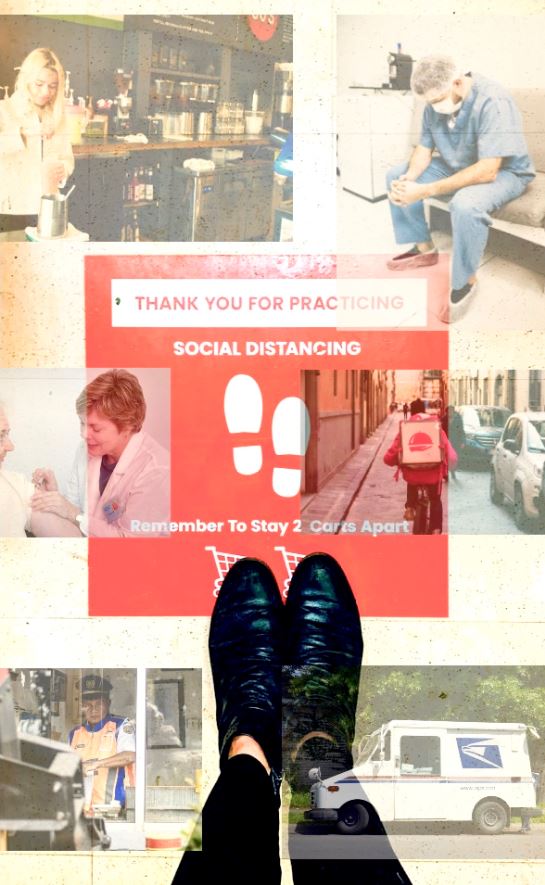 Healthcare workers, grocery store employees and bus drivers are a few of those risking their lives. To help keep them safe, Texans must follow public safety guidelines.

Those who work  as doctors, nurses, first responders and even those working in grocery stores can often be overlooked and underappreciated for their hard work. Issues such as hazard pay, layoffs and increasing pressure have significantly affected these frontline employees and many are trying to figure out how to improve the situation.

One core issue frontline employees face is hazard pay. Hazard pay is described as employees receiving a higher amount of pay for “performing hazardous duty or work involving physical hardship”. While many businesses have implemented hazard pay during this time, not everyone has received it. Outside issues are also a factor when it comes to needing hazard pay. For example, due to layoffs, many of these essential employees have become the sole provider of their family.

Yvette Beatty, 60, who works at an assisted living center in Philadelphia, knows about this struggle all too well since becoming the sole supporter for her family of seven.

“I have been working in this field for 35-some years,” Beatty said. “I put my life on the line for $11, $12 an hour, just to survive.” Because Beatty works with elderly patients with compromised immune systems, she is constantly putting herself at risk when going to work.

People in other professions such as bus drivers are also working extra to be as helpful as they can during this time. Andre Anglin, 51, works in Cleveland, Ohio as a bus driver.

Although people are going out less, many still have to work, shop or check on their families.

“Most people are going to loved ones’ houses to check on them,” Anglin said. “There’s a few people that might be going to the grocery store. And some people have essential jobs they have to go to.”