NFL Draft 1st round recap: Which teams were the biggest winners, losers? 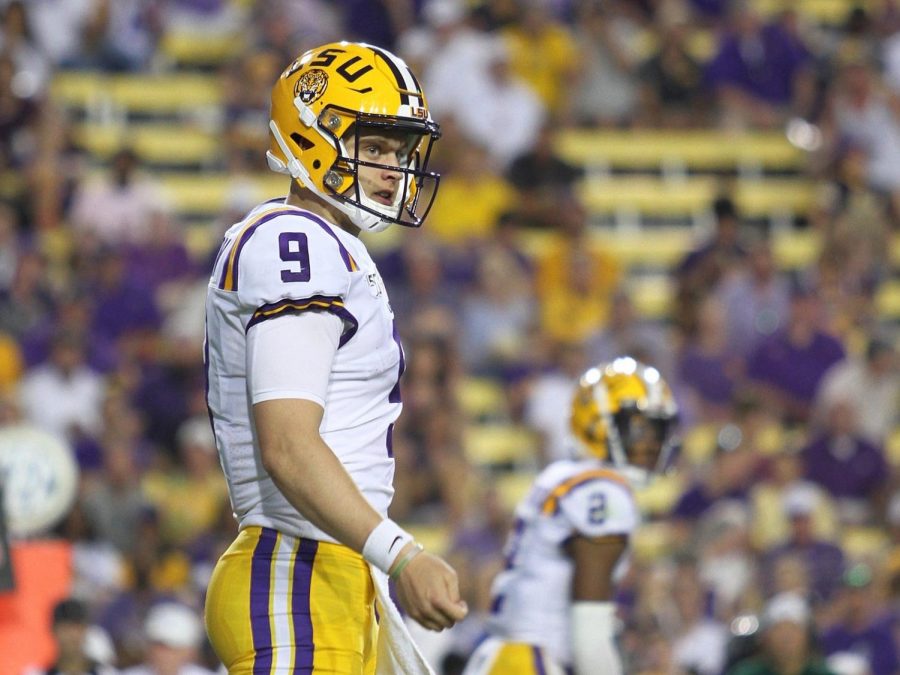 The Cincinnati Bengals now have their quarterback of the future as former LSU star Joe Burrow was taken first-overall in the 202 NFL Draft.

All the pageantry of the NFL Draft was toned back, but it was still on display as league commissioner Roger Goodell read names off a card from his basement. The NFL draft offers teams a chance to get their next franchise players and add depth to fill team needs. There are over 200 picks in the draft, but the first 32 is where future Hall-of-Famers come from or the biggest busts.

At No. 1 overall, the Cincinnati Bengals choose quarterback Joe Burrow from LSU. Burrow is going to step into the locker room in a unique position. He will either start this season or sit behind what will probably be Andy Dalton’s last season in Cincinnati. Burrow joins an elite class of players that won the Heisman Trophy, the College Football National Championship and be taken first overall in the same academic year. The last player to do it was former league-MVP Cam Newton.

This year, three other quarterbacks were taken in the first round: Tua Tagovailoa at No. 5 to Miami, Justin Herbert at No. 6 to the Chargers Jordan Love at No. 26 to Green Bay. Love is my favorite quarterback pick. He is going to sit and learn from one of the best in the position by backing up Aaron Rodgers.

At second overall, Washington Redskins selected defensive end, Chase Young, from Ohio State. One of the most athletic and well-rounded defensive ends in the draft, Young is very disciplined and is going to help on both run and pass rushes. Young has an eye for the quarterback; he recorded 16.5 sacks and forced six fumbles last year.

The first in-draft trade didn’t come until pick No. 13, where Tamba Bay and San Francisco switched position. Tampa Bay used its one spot jump to take offensive tackle Tristan Wirfs from Iowa to protect Tom Brady. He’s an explosive talent that is going to help keep the pocket from folding in around Brady.

Dallas finished off its wide receiver core by picking up CeeDee Lamb from Oklahoma at No. 17. It was an interesting pick since their biggest need is on the other side of the ball, the big contract extensions to Amari Cooper and Micheal Gallup’s big year last year. Even with only three taken so far in the first round, it’s interesting to see an offensive weapon as Dallas’s first-round pick.

Lamb is one of the best receivers in this draft as he hauled in 62 receptions for 1327 yards and 14 touchdowns last season for the Sooners. With a deep and versatile wide receiver class this year, Lamb was the third receiver taken in the draft at that point, and only six taken in the first round.

Staying in the receiver position, the most questionable pick in this draft came from the Philadelphia Eagles at No. 21, taking Jalen Reagor from TCU. He is a shifty receiver and a deep ball threat, though his play diminished in 2019 after a monstrous 2018 season reducing his production by 29 receptions, 450 yards, and four touchdowns. He excelled at punt returning this year, returning the ball for 312 yards and two touchdowns.

It’s also strange considering that the best available at the time was LSU’s Justin Jefferson, who went to Minnesota on the next pick. Jefferson was considered fourth overall at the position although Howie Roseman, Philadelphia’s general manager, has a respectable football IQ and knows how to evaluate players. Reagor is ninth overall in the position and 53rd overall in the class according to ESPN and a substantial reach in the first round, but there must be something there for Rosen to take him early.

With the final pick in the first round, Super Bowl LIV champs Kansas City Chiefs took running back Clyde Edwards-Helaire from LSU. The running back is coming to a rotation including Damien Williams and Darrell Williams. Edwards-Helaire is a three-down back and a pass-catching back like Christian McCaffrey on the Carolina Panthers. The LSU product ran for 1414 yards, 16 touchdowns, and 453 receiving yards.