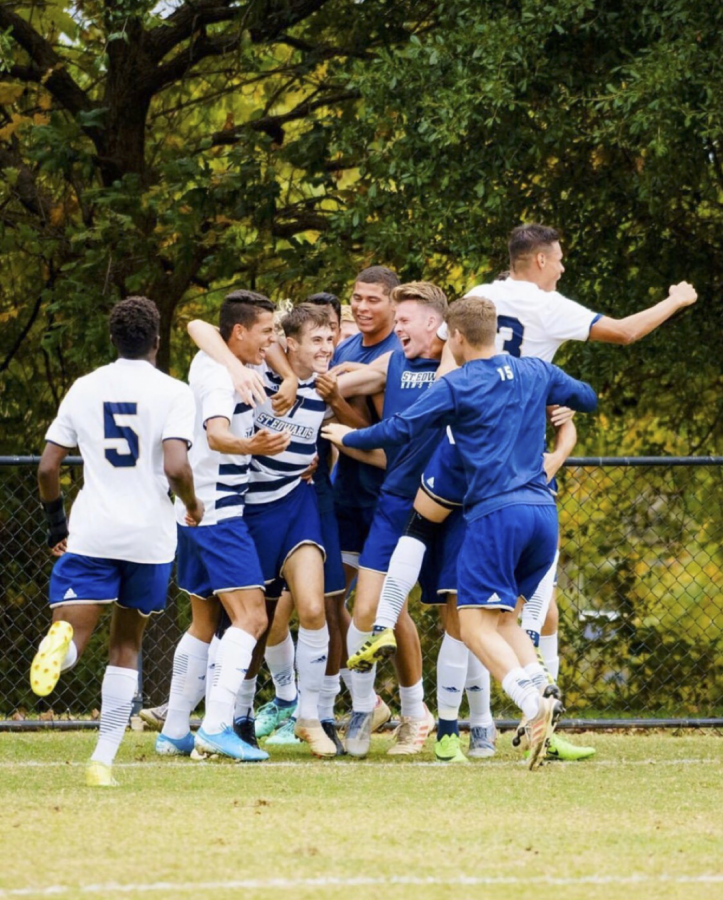 The St. Edward's sports petition was started on April 15 and has gotten over 17,000 signatures in the past week.

This past week St. Edward’s Athletics announced its decision to cut six of its varsity teams including men’s soccer, women’s and men’s tennis, women’s and men’s golf, and the cheerleading team. The decision is a result of the economic impact that COVID-19 has brought and was made with the future of the institution in mind.

But what could the future hold for the institution by discontinuing nationally ranked teams?

“We looked at sport sponsorship requirements for the NCAA and Lone Star Conference, gender equity, the condition of our available facilities, the cost of running the programs, and the immediate need for the university to cut expenses.” Associate Vice President for Athletics Debbie Taylor says.

Many still question if the administration made the right decision to make such drastic cuts. How do these teams compare to the ones that were not cut?

According to CollegeCalc, St. Edward’s University is the fourth most expensive school in Texas, with a yearly tuition of $44,678. If the school does not have enough funds to keep these athletic programs going, where does all the money that students pay every year go towards?

Questions are still left unanswered and the future of many student-athletes remains uncertain. Many feel betrayed by the way the university announced the news, especially during the transition to online classes, which has added copious amounts of stress to students.

“Cutting all six teams is unfair. College athletics is not just a job or a scholarship opportunity; it is the culmination of athletic dreams that we have worked on since we were children and this is cutting some of our dreams short,” men’s tennis player Gabriel Zuniga says.

Athletes make many sacrifices. They put hard work and long hours into their training so that they are able to represent St. Edward’s to the best of their ability. This decision essentially makes their hard work worth nothing.

Though this decision has hindered athletes from playing their sport, it has not kept them from trying to make a change. Athletes, parents, friends, and alumni came together as a community to stand for the teams affected. Student-athlete Nico Ciavaglia started a petition on April 15 with the intent to recover the six sports. The petition received more than 10,000 signatures in less than three days.

It’s great that this petition was started because they should be doing what they can to get their teams back.

“The number of signatures is not surprising because these are great programs and the coaches and student-athletes are very special,” Taylor says.

This decision by the administration was unexpected news to all. “One day, you are working out and following your programs workout packet, and the next day, you find out that the program you play for is being shut down,” men’s soccer player Eduardo Villatoro says.

Most of the athletes come from different cities, states, and countries with the intent of playing the sport they love. Many are now considering transferring in order to continue their dreams of playing. “I have to keep my head up and search for universities to transfer to, where I can keep doing what I love,” Villatoro says.

It’s disheartening to see students with such a bright future have to change the path they were on.

Not only have the lives of these athletes and coaches changed from one day to the next, but the new journey incoming athletes had planned has now been altered as well.

Many high school and transfer students were already committed to playing for some of these teams in the fall.

“It’s been really hard these last few days. I now have to pick whether to attend the university I have always wanted to go to or transfer somewhere where I can continue playing the game I love,” men’s soccer commit Alan Mcguire says.  “I’m so sad knowing that I’ll never get to wear the St. Edward’s uniform. I just want to thank Brian Young and Corey Miller for everything they’ve done for me the past year.”

New student-athletes like Mcguire planned their future with guaranteed spots on these teams and now their dream of playing college sports at St. Edward’s University has been shattered.

“Jennifer McNeil started our program 17 years ago. Everyone she’s coached has benefited greatly. In a time when compassion should be of utmost importance, the termination of our coach and program have been handled poorly,” women’s golf player Randi Romack says.

The decision to terminate various sports programs has led to the unemployment of coaches. These coaches have families to feed and bills to pay. As men’s soccer Assistant Coach Corey Miller shared with his team, as of May 31, coaches will no longer be employees of the university as it will also be the last month they get paid.  They are now left with the uncertainty of what’s to come.

When asked if there was a possibility the teams could be reinstated in the future, the responses given were vague. “Obviously I would love to bring them all back, but I don’t think any of us can predict the future,” Taylor says.  “These are challenging times for all of higher education. Our university leadership will continue to evaluate our operations and make financially sound decisions for the university.”

Nobody knows what the future holds for these teams that have brought success to the institution.

Athletes, friends, alumni, and family members have to cling onto the hope that the efforts being made can result in the benefit of the teams and their fans.