NFL Draft 2nd and 3rd round recap: Eagles draft Hurts. What does that mean for Wentz? 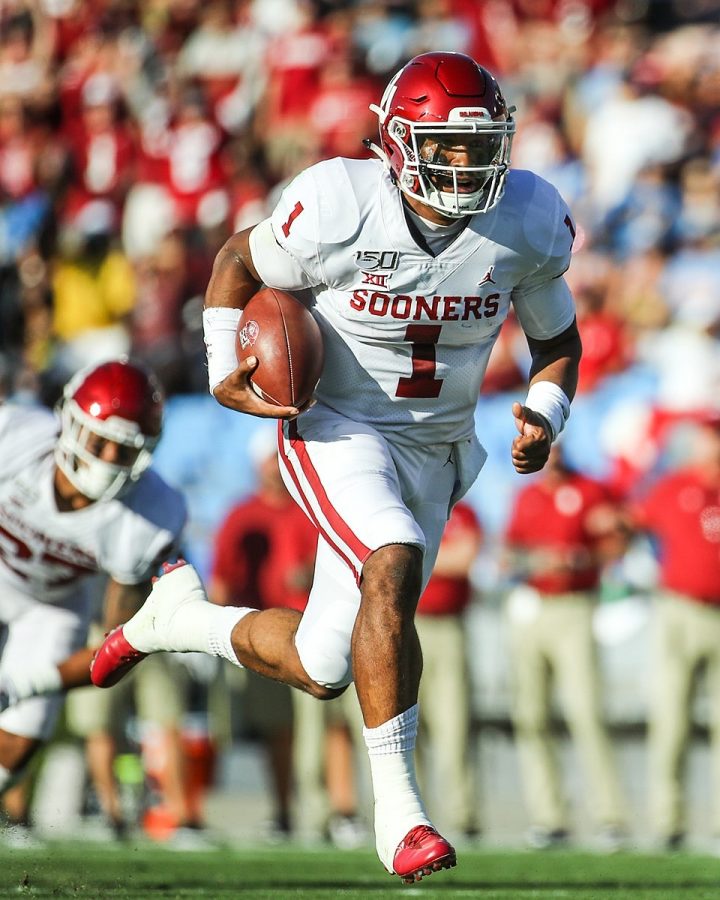 As one of the more intriguing prospects heading into the draft, former OU quarterback Jalen Hurts was surprisingly taken by the Eagles despite them already having their franchise quarterback in Carson Wentz.

According to league commissioner Roger Goodell, the first round on Friday was the most watched telecasting of NFL Draft history as over 15.7 million people streamed it. As always, after an exciting first round, the second and third rounds of the draft come with many questions as many quality prospects are still available. Teams are still looking to fill needs with the best talent possible.

Opening day two of the draft, the Cincinnati Bengals took Clemson wide receiver, Tee Higgins. The Bengals need reliable receivers, and I imagine that if they had another pick in the first round, they would have selected a wide receiver. In his 2019 season, Higgins caught 59 passes for 1,167 yards and 13 touchdowns. He broke plenty of school records previously held by Sammy Watkins and DeAndre Hopkins.

With the third pick in round two, the Detroit Lions selected running back D’Andre Swift from Georgia. Swift will significantly improve the run game. Since Barry Sanders’ retirement, the Lions have finished at the bottom of the league in rushing. That was 21 years ago. This pick will give quarterback Matthew Stafford an option in the backfield that will make linebackers and safeties and second thought about playing the pass first.

After losing many players, including long-time quarterback Tom Brady, the Patriots had their first pick happen in the second round with the 37 overall pick. They selected safety Kyle Dugger from Lenoir-Rhyne. He is the first division two safety player taken in the first three rounds since the Chicago Bears took Daniel Manning 42 overall from Abilene Christian in 2006. Dugger recorded 31 total tackles, with 15 of those being solo tackles in 2019. Dugger dealt with an injury this past season, so who knows how big those numbers would be if he played the whole season.

The Houston Texans is another team that did not pick in the first round. With their pick from the Hopkins trade to Arizona, they selected TCU defensive tackle, Ross Blacklock. In his 2019 season, the junior recorded 40 tackles and three and a half sacks. He mostly played over the center as a nose tackle; however, Houston will most likely move him to the three-technique or right over the guard. It makes sense since the Texans tend to play with four defensemen on the line of scrimmage.

The Los Angeles Rams found running back Todd Gurley’s replacement in Cam Akers from Florida State with their first pick in the draft. Akers ran for 1,144 yards and 14 touchdowns in 2019. He will be up to the difficult task of picking up the slack from the loss of Gurley, but he should be a great fit in Sean McVey’s offense.

Another bizarre twist of the night came out of Philadelphia. With their second pick in the draft as they chose to take quarterback, Jalen Hurts from Oklahoma at No. 53. It’s not a bad pick given that Jalen Hurts threw for 3,851 yards and 32 touchdowns in 2019, but the Eagles gave Carson Wentz a six-year $144 million contract extension. Wentz needs wide receivers and, while Hurts does have some Tayson Hill qualities in this offense, it’s still an insane pick.

Though what’s a better spot for Hurts to land in than in Philadelphia. Head coach, Doug Pettersonknows how to develop young quarterbacks and Wentz is probably the best young quarterback to sit behind. At the same time, Wentz has had some injury problems in the past two years; Hurts presents himself as the perfect backup and insurance plan for Wentz.

Dallas spent day two drafting some defensive weapons. Their second-round pick at No. 51 was cornerback Travon Diggs, who recorded 37 tackles and three interceptions for 79 yards. Diggs also happens to be the younger brother of Buffalo Bills wide receiver, Stephon Diggs. Then in the third round, they took defensive tackles, Neville Gallimore, from Oklahoma. He is better on the run, but Gallimore is going to dominate at the line of scrimmage. Don’t expect a lot of sacks or tackles; his worth is going to be in pushing the line of scrimmage back and disrupting the pocket on opposing quarterbacks.