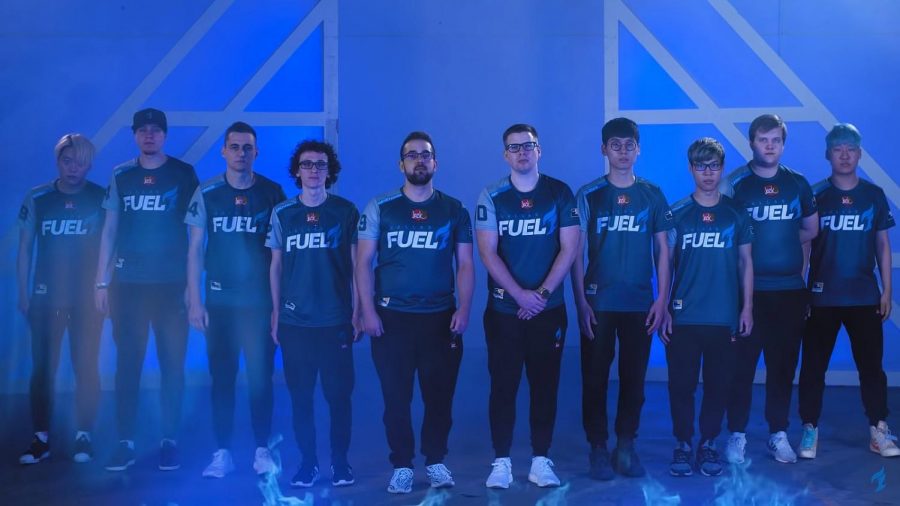 The Dallas Fuel's roster pictured before the start of the 2019 season. This year, they are starting to build up momentum after a disappointing 0-2 start.

Sometimes, you need to add fuel to the fire for it to burn brighter, and the Overwatch League’s “Texas Showdown” between the Dallas Fuel and Houston Outlaws is the perfect time to stoke a flame.

After a soul-crushing start to the 2020 Overwatch League season that saw the Dallas Fuel go 0-2 in front of their own fans, the team needed a soft reset. No one could have predicted that reset being caused by the COVID-19 pandemic turning the league, along with the entire sports world, upside down.

Out were the home games in front of what is considered to be one of the most dedicated fan bases in the league, and in were reshuffled divisions to help ease the internet strain of a league moving entirely online for the foreseeable future.

After eight weeks of waiting on the sidelines for their next match, the Fuel lost their first match back against the Los Angeles Gladiators. The season seemed in shambles at that point, but in the blink of an eye, the Dallas Fuel turned everything around. After winning two of their next three games, in which the only defeat was a gut-wrenching loss to the reigning champion San Francisco Shock in the tiebreaking fifth map, the Fuel entered the “Texas Showdown” as the team to watch in the league.

Damage player Jang “Decay” Gui-un has cemented his place as an MVP candidate, and the tank duo of Noh “Gamsu” YoungJin and Lucas “NotE” Meissner have begun to click the way they used to when they were teammates on the Boston Uprising in season one. However, skill is never enough when going up against a rival, and the Houston Outlaws proved that.

Behind hero plays from Jeffrey “blasé” Tsang on Doomfist, the Outlaws played the Fuel close all the way to the bitter end, forcing the series to go to a tiebreaking map five. However, it was the Fuel who claimed the victory

Head coach Aaron “Aero” Atkins admitted that while the game was stressful, he had faith in the team.

“It was a stressful match for us but knowing our players have great minds for the game and can talk about stylistic things and adaptations is a big relief for me,” Atkins said, adding, “I think that our team showed great mental fortitude today and that was important for us.”

The Fuel have been a cellar-dwelling team for most of the Overwatch League’s existence. Despite seeing bursts of success in each of the previous seasons, it never lasted long enough to result in long term results or playoff berths. However, the team is not the same as it was in season one; only one original team member remains. Between the first glimpses of success with Aero as head coach and the superstar damage duo of Decay and Kim “DoHa” Dongha, the flame seems to be lit in Dallas.

Now they only need to fuel it.