Two Netflix originals that are breaking barriers for the Latinx community 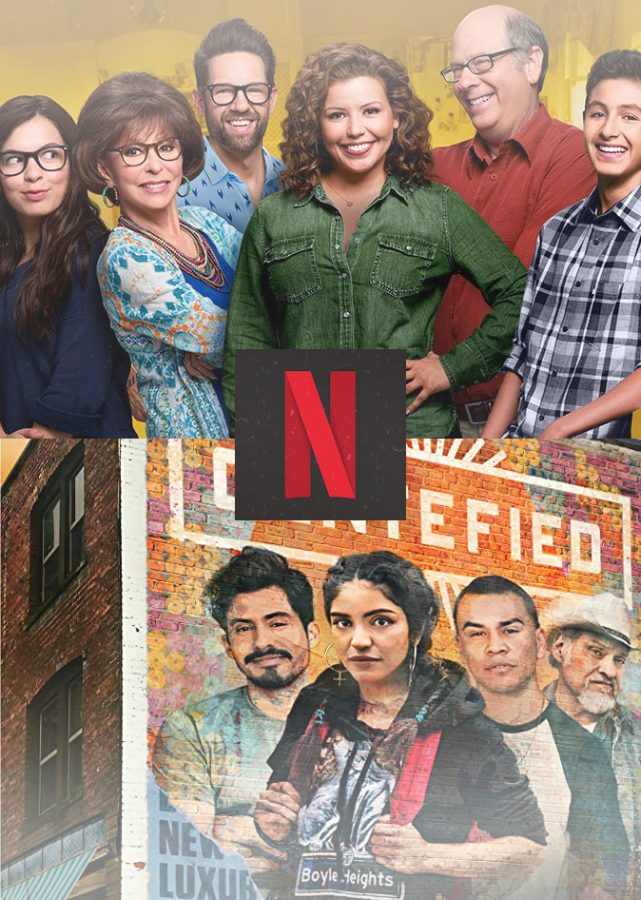 'One Day at a Time' is based off the sitcom of the same name from 1975. After the show was cancelled by Netflix, it was later picked up by Pop.

The following shows demonstrate what it means to be Latinx, the struggles they face and how important culture and values are to Latinx people. Along with the tough moments each character faces, we are also shown the beautiful, light-hearted ones that touch our hearts and remind us of our own lives. Characters, emotions, messages and moments that viewers can connect to on a deeper level prove why representation matters.

This Netflix original takes place in Boyle Heights, Los Angeles and focuses on the story of a Mexican family struggling to run their family-owned taco restaurant, Mama Fina’s.

In the Morales family, we are introduced to three cousins and a grandfather. Chris (Carlos Santos) an aspiring chef and the “coconut” cousin. Erik (J.J Soria)  the hard-working cousin and Ana (Karrie Martin), the artist. Then, we have Casimiro (Joaquín Cosío), the grandfather and owner of Mama Fina’s. Viewers witness the Morales family’s resilience as they undergo struggles and stand up for themselves.

“Gentefied” has a lot of diversity with Venezuelan, Dominican, Salvadoran and Mexican characters. Each character in the show proudly embraces their culture and shows viewers how empowering the Latinx community is.

The show also tackles issues that Latinx people face such as gentrification, machismo, racism, poverty and assimilation. Viewers are given a glimpse into the negative effects of gentrification, like how it impacts hard-working families and people of color.

However, the show also has its light-hearted moments that connect viewers with the characters on a deeper level such as Erik and Chris’s constant playful banters or how Casimiro is always looking after his family and friends. “Gentefied” is inspiring as viewers watch and cheer on characters who work hard to follow their dreams.

If “Gentefied” could be summarized in one phrase, it would be: “Family comes first.” As viewers watch, they will see what it means to be a family and a community.

“One Day at a Time” used to be on Netflix, but was canceled after three seasons. Fortunately, the show was picked up by Pop TV and is now premiering its fourth season.

The show follows the story of a Cuban-American family consisting of hard-working veteran and single mother Penelope Alvarez (Justina Machado), her children Elena (Isabella Gomez) and Alex (Marcel Ruiz) and mother Lydia (Rita Moreno). Similar to “Gentefied,” one of its themes is the importance of family.

In addition, this show talks about important issues such as sexual orientation, immigration and mental health. One of the admirable aspects of this show is the way that these characters openly talk about topics that the Latinx community considers taboo. For example, Penelope has depression and had a hard time talking about it because of mental health stigmas. Eventually, Penelope starts opening up about her mental health and starts receiving treatment.

As Latinx viewers watch the daily lives of the Alvarezes, they might see some parts of the characters that they can connect to.

“Gentefied” and “One Day at a Time” are underrated shows that properly represent the Latinx community. Support Latinx actors and check out their shows.