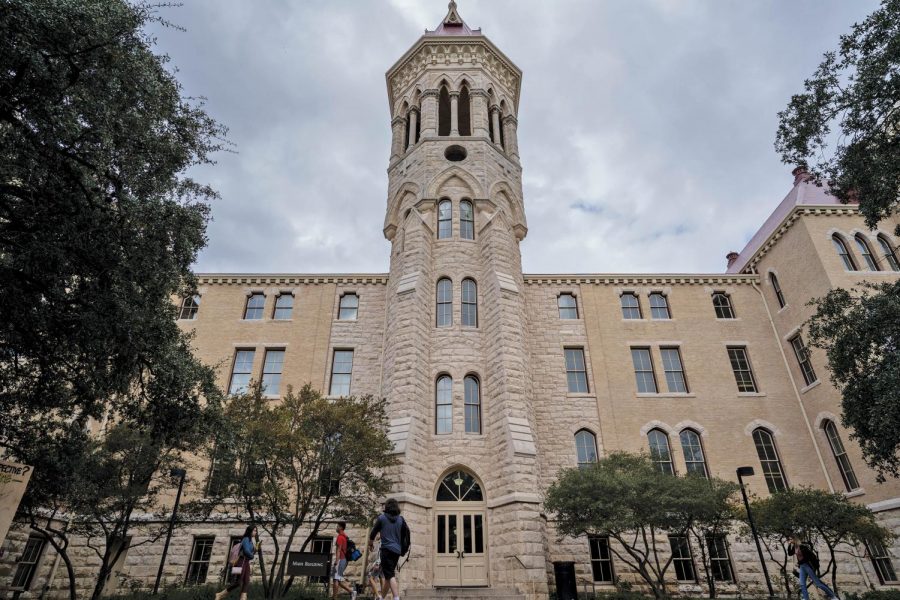 The HOOF and CARES funds were established to serve students. While the campus is empty, these funds are to provide financial aid to students affected by COVID-19.

On the morning of May 12, retiring university president George Martin announced two vital meetings discussing future plans. Martin recapped the meetings in emails, in which he announced the cancellation of the planned 3% salary increase and capital projects as well as voluntary president and vice president salary cuts. Martin also confirmed the reduction of staff members and the consolidation of departments.

Later that day, a second virtual meeting was held with all faculty and staff. Students and parents were updated on the situation in an email in which Martin stated “some of our colleagues were informed earlier that their positions are being eliminated.”. He shared his condolences for those who have been impacted by the workforce reduction, ending the email with a hopeful “God will take care of the rest.”

However, specific positions were not mentioned to the public and many were not aware that lay-offs meant the elimination of departments. Associate professor in the School of Education Kris Sloan tweeted shortly after the announcement that “the School of Human Development and Education at SEU is no more.”

The department has since been consolidated, according to Director of Communication Mischelle Diaz.

In a conversation with Diaz, she reaffirmed that while these announcements are somewhat shocking, the university has been communicating and signaling toward these changes since April 24, a notable signal being in the April 24 email from the Office of the President stating that there has been a “12% decline in the revenue budget, requiring significant restructuring of planned FY21 spending.” These communications were intended to prepare the community for the results.

In addition to that, President Martin addressed the situation of low enrollment and low retainment, which results in less revenue for the university, at the Annual President’s Meeting on March 11.. These obstacles were the first indications of budget cuts.

Prior to the 12% revenue decline, another signal of these changes were the substantial athletic cuts made.

While students were not notified, President Martin let faculty and staff know that the annual salary increase would be postponed on March 31. The increase has since been eliminated for both the present and following fiscal years. Martin also announced a presidential and vice presidential pay cut of 10%, which were all steps taken before the position and program eliminations, according to Diaz.

“As the university started to see the unfolding impacts of the pandemic, that’s when the cabinet went back to completely redo the budget and go back to the Board of Trustees,” Diaz said. “They looked across every aspect, every corner of the university.” According to Diaz, in terms of reevaluating the budget, Vice President of Finance Kim Kvaal has reiterated that “we are evaluating every dollar available to us and making the best decisions about how it can serve the greatest number of students.”

Every fiscal year the university looks at its finances, the present situation and how to budget for the future. The process that happened this year is the same one that happens every year, in terms of looking at the economic conditions, expected enrollment increases or declines and then creating a budget and getting it approved by the Board of Trustees,” Diaz said. She referred to it as a “proportional response” to the economic conditions. While not an easy situation, Diaz said it is “manageable” and the university is being proactive with how they tackle financial concerns.

For families within the St. Edward’s community who have been affected by COVID-19, the university has multiple funds to assist students. According to Jennifer Beck, Sr. Director of Student Financial Aid, “Hilltoppers Overcoming Obstacles Fund (HOOF) is separate from The Coronavirus Aid, Relief, and Economic Security (CARES) funding.”

Aside from this, the Hilltopper Emergency Stabilization Grant is funded by CARES and is a federal grant created to assist St. Edward’s University students who encounter unexpected expenses due to COVID-19. If a student applies for CARES funding and is not eligible, they are then considered for HOOF. Applications are received by the Dean of Students office and reviewed by the Student of Concern Committee — a combination of student support service area members, according to Beck.

All emergency funds are grants, therefore, “It will not be applied to any outstanding bill and is not considered a loan. It will be deposited directly into the student’s personal account,” Beck said. This goes for recipients of Hilltopper Emergency Stabilization Grant (funded by CARES) and/or the Hilltoppers Overcoming Obstacles Fund (HOOF).

If students need additional emergency assistance, the Dean of Students Office will connect them to outside resources.