To Stand Tall With a Broken Heart: Remembering Kobe Bryant

The most difficult part of a death is not always the loss of the individual, but remembering what came before. 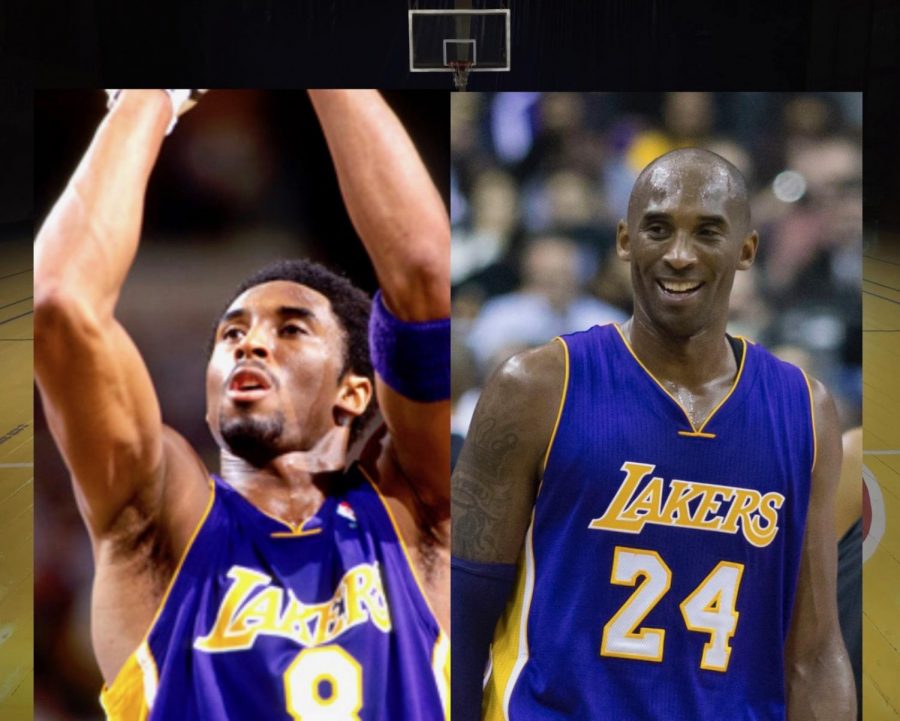 Kobe Bryant was in a fatal helicopter crash in Calabasas, Calif. in January along with his daughter, Gianna, and seven others. His legacy endures in the minds of so many.

One of the world’s most renowned athletes had one of the most sudden and heartbreaking deaths earlier this year. Kobe Bryant, 41, was in a helicopter crash on Jan. 26, 2020 that killed him along with his second oldest daughter, Gianna, and eight others. This tragic event leaves many with a lot to think about. He is ridiculed by many, but idolized by more. He made both positive and negative impacts on the lives of millions.

Bryant was the son of a former NBA basketball player, Joe “Jellybean” Bryant. Kobe played basketball and soccer in Italy growing up along with his sisters. He was an All-Star in the NBA at 19 years old, and had won three championships by the time he was 25. He ended his basketball career with 17 All-Star selections, five NBA championships, two Olympic gold medals, an NBA MVP and the reputation of being the hardest worker on the court. He is considered one of the best basketball players ever. His accolades collected monumentally during and after his basketball career, but there is still a memory that many will not erase.

On June 30, 2003, Bryant was in Colorado for a knee operation. He met a concierge and asked her for a private tour of the property. She was then bruised on her neck and had tears in her vaginal wall. The case was eventually dropped and Kobe apologized in more depth and sincerity than most public apologies. He admitted his wrongdoings, and repeatedly apologized for the consequences she had to endure.

Later on in his life, Kobe became a strong advocate for women’s athletics. He spoke often about the WNBA, being a powerful voice for the incredible athletes who are not heard. Kobe also did voice overs for the NCAA women’s basketball tournament, and took his daughter Gianna to many UCONN women’s basketball games.

In 2017, Bryant entered the film industry by narrating and authoring the short film “Dear Basketball”. This film was an animation based on a letter that Kobe wrote for The Players’ Tribune in 2015 regarding his retirement. He won an Oscar in 2018 for the story.

Bryant’s life affected millions of people. He has probably impacted someone closer to you than you know. His passion, strength, and ferocity captured the attention of people all over the globe. Athletes everywhere were heavily impacted by the loss of Kobe. Fabian Pallares, former St. Edward’s University soccer player, felt the hit of the loss personally saying “it was an unprecedented and tragic death of such a motivational human, and it’s just hard to see someone of his quality just go away.”

“Kobe Bryant is an inspirational figure that impacts all people, not just athletes. He has impacted me by being a great leader, a hard worker, a wise teacher and by having a positive and winning mentality that carries over in life. I am very aware of his mistakes. Many people think that Kobe’s legacy is reflected by those mishaps. But I think his attributes as a true motivator and leader on and off the court makes up for his past problems,” Pallares says.

It is vital to recognize the past and to grow from it. There will always be a learning experience in every situation. We can’t forget the mishaps of Kobe Bryant, but need more to remember the lives he positively influenced. He is an inspiration for the conquering of his challenges and mentality to do so.

“Everything negative – pressure, challenges – is all an opportunity for me to rise.” – Kobe Bryant