OurView: Voting only piece of puzzle in reclaiming country 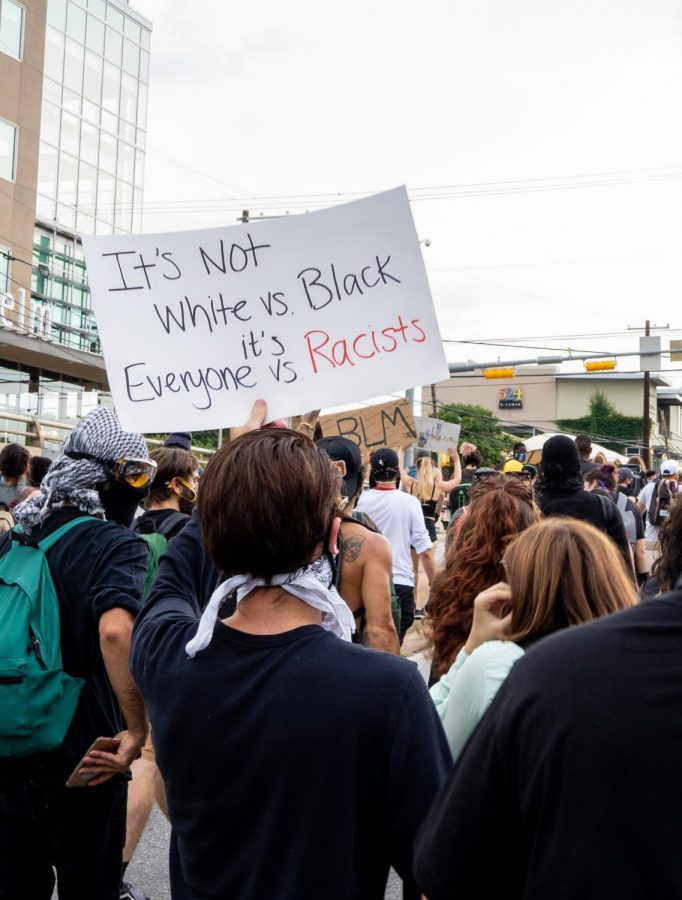 Protestors, like these in Austin, have shown the power of direct action over the past five months. In order to create a better society, people have to get out and ask for it.

With only two months left until this year’s election amid yet another human rights movement, many progressive citizens are thinking about what’s next. Is a vote for Biden the last item on their checklist? Is it the most important one? Is shaming those who are opting out of voting this year listed in the fine print? When scrolling through social media, it definitely seems so.

Voting has long been thought of as the easiest and most effective form of activism, but this is definitely not the case. While having more progressive candidates in office might help certain communities, there will always be others who suffer under the oppressive systems put in place long ago.

We need to recognize that fascism didn’t start with Trump and won’t end with Biden, if elected. It’s incredibly naive to assume that we can vote out fascism. While you should vote if you are able and/or want to, your advocacy does not and should not end there. Voting is often seen as the only way to change policies within the government. However, the last four months of protests have proven otherwise. Across the country, cities have started to respond to the needs of their citizens who have gotten out in the street and directly asked.

Joining communal efforts, donating your money and time to mutual aid efforts, attending protests and educating yourself and your community is what matters today and for generations to come. Organizing within your community can be more powerful than you may be led to believe. Just recently in Bend, OR, a group of protestors stopped an ICE bus for 12 hours in an attempt to free two detainees. Covid has also shown the power of community organizing with many Americans creating mutual aid networks within their cities.

Just last month, Austin City Council voted to defund the Austin Police Department by $150 million. Elected city officials aren’t the ones to thank here. It was only after multiple protests over police brutality and four hours of comments from the community that they came to this decision.

If you can bring yourself to vote for Biden, you should, but Biden running against Trump does not heal the wounds that Biden’s nearly 50-year political career has inflicted on the country,  and shaming those affected by his decisions is shameful in itself.